Music for the Masses

Music for the Masses is the sixth studio album by English electronic music band Depeche Mode, released on 28 September 1987 by Mute Records. The album was supported by the Music for the Masses Tour, which launched their fame in the US when they performed at the Rose Bowl in Pasadena. The tour led to the creation and filming of the documentary/live album titled 101.[citation needed] This saw the band using heavy amounts of sampling, much like they did in their previous album Black Celebratio Da... 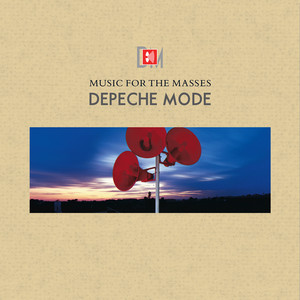 Music for the Masses (Deluxe)

I used to be a huge Depeche Mode fan and had everything they had released, and went to see them at some big outdoor thing in London with Sisters of Mercy supporting (very unwillingly). This was prime Jesus phase with Songs of Faith and Devotion.

But then they sort of dropped off the radar, and as I’ve got older I’ve found their lyrics embarrassing and their po-faced stern delivery a bit depressing. I can’t listen to most of their albums. But they are borderline a self-parody and have absolutely no idea about how ludicrous they are.

However, I think Violator is still an excellent album, and this is probably their 2nd best. It’s probably the only one I could think of revisiting really. I’ve gone for an 8 but honestly not heard it in a long time. I might have to correct that at some point.

It’s a 7 for me. Not up to the heights of the more Wilder-ian Violator or Songs Of Faith and Devotion but pretty strong. I recently managed to pick up both of the 3 disc Remix collections so I’m interested to see how other artists interpret these songs that straddle the knife delicately between synth-pop and art rock.

9 it’s not their best album but it’s still amazing.

Think MFTM is the weakest of the run that starts with Black Celebration and ends with SOFAD. Feels like the rough edges of BC have been smoothed down a bit too much and the tunes aren’t quite strong enough.

Can’t sit through this album from start to finish but ‘Never Let Me Down’ is arguably their best song. 6/10