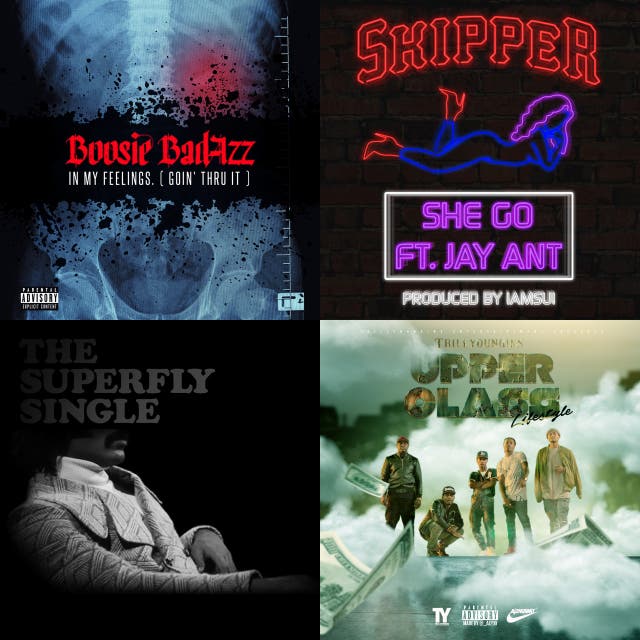 Release schedule looks pretty thin for the rest of the year. Anything left to look forward too?

Not sure, really. Haven’t much paid attention to release radars in some time. Overall tho this feels like a great year for raps. Still so much I have to catch up on. Isaiah Rashad top of that list.

Yeah, agreed. So much good stuff this rear

Can we still not edit posts?..

Any of you listen to the recent Tree album?

I thought for sure we talked about this but looks like it never came up. Love this release!

Cant believe how sloppy the metadata is though on the downloads. Songs named/numbered different than whats on the souncloud page. Diff alb art. smh please make my free music more convenient to add to iTunes would you tree.

Not sure what the standouts are, whole thing works well as a collection.

I really like ‘Kinfolk’, but it’s definitely one I just play front to back.

This song ‘Police Mon’ he put out the other night is beautiful too: https://soundcloud.com/mctreeg/tree-police-mon

Kinfolk is good, All Dat has a memorable hook. Police Mon is awesome.

Trap Genius was a bit of a disappointment and seemed to kill his buzz a bit, but he sounds rejuvinated on this one. Looking forward to the next time he comes with his own beats.

I actually quite like this Zach de la Rocha x El-P track. Does sound like a kinda standard Def Jux thing from 10 years ago but what the hey.

BIRDS IN THE TRAP SING MCKNIGHT THOUGH

It’s alright. After a few listens, I probably prefer Rodeo. Pick Up the Phone is real good though

But… Y’know, on Jeffrey too, anyway

What’re your thoughts on the Isaiah Rashad? Posted a long ting in the old thread (pouring some out) but kind of got lost with this forum switch.

I’m still obsessed, the guy is so good.

its more hard thats i why i like it.

All the tunes go off in the club.

Pick up the phone song of the summer no doubt.

AND JEFFREY IS GOAT

young thug is the greatest artist of all time

new album beyond flames i used to think he was super sucky (just bait joey badass esque nostalgic fuckery), but since he got addicted to xans and then got over it, hes been awesome. the new shit sounds just like UGK/currency its banging