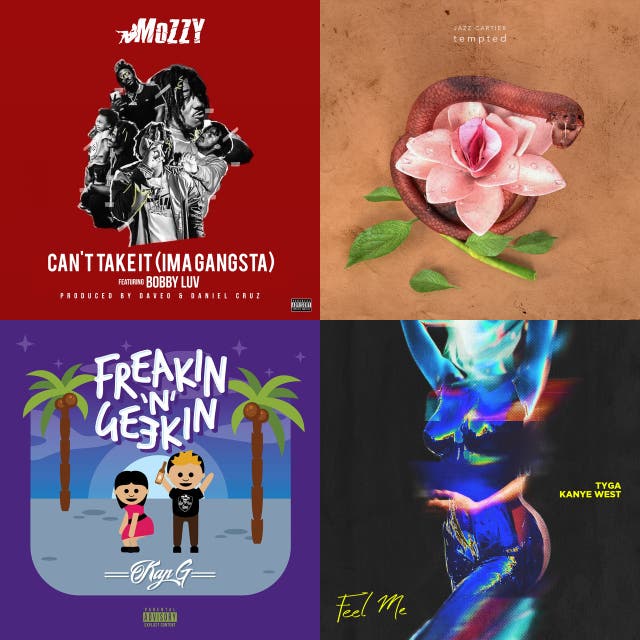 2017 HH - Catch All, a playlist by Scotty Magee on Spotify

A playlist featuring Tyga, Mozzy, Kap G, and others 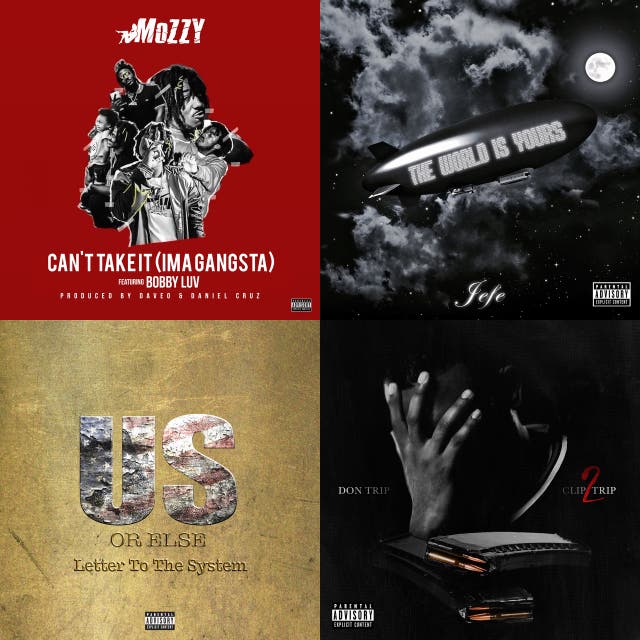 2017 HH - Favorites, a playlist by Scotty Magee on Spotify

A playlist featuring Mozzy, Shy Glizzy, Don Trip, and others

Anybody have any 2016 favorites lists they want to share?

I’ve just posted over on the 2016 thread offering to collate a best 2016 albums list, if anyone’s interested.

I was chatting to someone recently about offensive language in hip hop, and was wondering if you guys were put off by this. I realise context is key, so to give an example, I’m a big RTJ fan, and I am comfortable with pretty much everything they say, but I still struggle with usage of “bitch” as a general-purpose term for a woman. As I see it, that’s not their term to reclaim, and I can’t justify its usage, so I just have to ignore it. Any thoughts?

Ah man, RTJ’s use of ‘bitch’ really grates with me - more so than other rappers, I think because they speak to some political themes in their work (maybe less as RTJ than in their solo albums?). IDK, same with Kweli. I think maybe there are some rappers I hold to a higher standard because of the general lyrical thrust of their material so the use of ‘bitch’ stands out more because of that.

Yeah, it bothers me when anyone does it, but it’s particularly noticeable with RTJ because I do hold them to higher standards. You listen to Killer Mike speak about standing up not just for black people, but women, Muslims, LGBT, etc, and also about the importance of language and the kind of environment that it creates, and it just surprises me to hear that word.

I think Run The Jewels has run it’s course for me. Latest album has a few decent tracks, but they’re all starting to sound the same.

Their use of ‘bitch’… I hadn’t really noticed it to be honest. Probably desensitised! El-P has always used pretty non-PC language when he raps though. Bitch, faggot, even the odd n-bomb.

Have been revisiting the Weareallgoingtoburninhell mixtapes and makes me yearn for a return to that more sample-heavy style of production. Although I get why he doesn’t do it anymore.

@FunkyBadger chat is always welcome. wish we had more chat to go along w the recs.

sad but true for me. i do hear it some times, usually when it’s directed in a hurtful way. in general its used as a filler word or as a stand in for ‘hater’ or whatever which has no affect on me,

imo these type of slut shaming ‘conscious’ songs which attempt to define the lines end up being the most offensive. Outkast’s Jazzy Belle is another good example. All three are classic songs, though

This is probably why I don’t like j cole. lauded as conscious and lyrical and yet he’s as much of (if not more) of an asshole than kevin gates, who at least attempts to grapple with his demons on record.

First few releases of the year starting to make waves

Enjoying the new T.I. too

MIGOS! what a vid. they also have the #1 song in america right now. d golover cosign at the golden globes gave em a push.

TI is on a really nice mid/late career run imo. I really liked his last lp and he keeps drippin out good tracks and EPs.

I’m interested in discovering the back catalogue of Mos Def. I’ve been listening to his True Magic album, but does anybody have an opinion on what his definitive album is?

Black on Both Sides, or his one album with Talib Kweli as Black Star

True Magic is a half arsed album used to fulfill a contract and isn’t the best place to start. It was very poorly received. He’s only got a small discography, with a few classics and a few curiosities that you might explore later.

Start with the Ecstatic, his last proper solo album. Great, varied late 00s Stones Throw production incorporating jazz, soul, reggae, afrobeat and other “world music”. Then go to Black on Both Sides which is a 90s alt-hip hop classic, soulful, lyrical, following on from the Native Tongues sound of groups like ATCQ and blurring the lines with 90s neo soul. For me it’s his defining statement but it’s super long and kind of bloated so go for the leaner Ecstatic first.

Then there’s the 1998 group album Mos Def & Talib Kweli Are Black Star with Talib Kweli. Two NY rappers at the top of their game over classic boom bap beats

Then you’re pretty much done for LPs. Lots of good tracks and guest appearances otherwise though.

Cheers - will get to work on them!

I think Mos Def is massively overrated, personally. The Universal Magnetic 12" was amazing and I loved Big Brother Beat on the De La album, so I was really disappointed when Black On Both Sides dropped. A few great tracks, but tracks like Umi Says just puts me off ever listening to it these days. I like rappers with swagger, but Mos Def really seemed to believe his own hype and I found that really off-putting as it came across as preachy.

Have to be honest, I over him by the time Estatic was released. Maybe I should revisit.

So for me, I’d say start with the stuff that appeared on the awesome Soundbombing mixtapes.

The Ecstatic would make my all-time top 10 of any genre so that IMO.

Wow. I’ve never really seen it spoken about at all, let alone top 10. I’ve give it a spin.