I understand that is the only film playing, yes

Very disappointing. I at least thought they might do a limited UK cinema release for us. 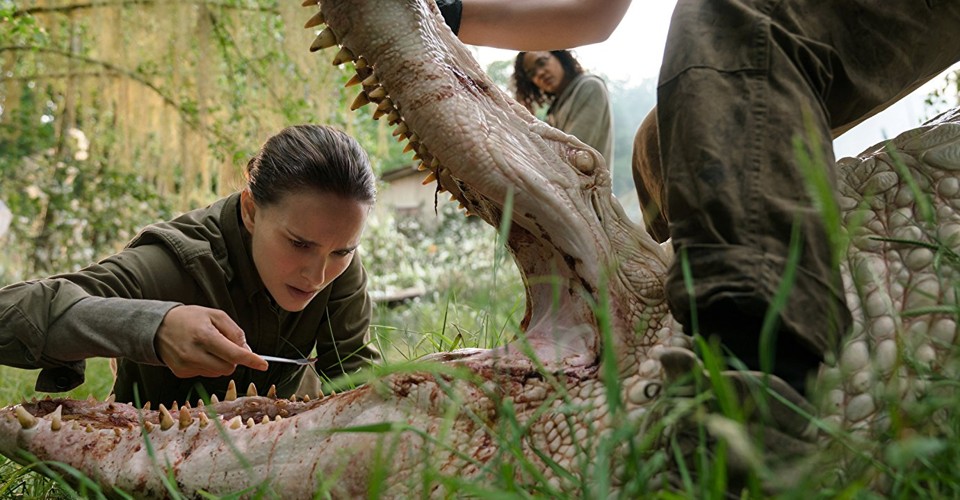 Why 'Annihilation' Won't Be Released in Theaters Around the World Anymore

Are test-screening audiences ever not complete idiots?

any standouts other than the obvious? I kinda assumed I’d be too late but it turns out tickets are only three days in advance, which is kinda good actually

sorry everyone but I actually saw Phantom Thread last night. literally with PTA and Jonny Greenwood (they were interviewed before by Kermode). and with the LCO doing Greenwood’s score live.

I was also in a lift with Richard Ayoade on the way out.

anyway. the film itself! i will just spoiler the whole lot so as not to give anything at all away:

i enjoyed it a lot. Kermode said beforehand it’s now his new favourite PTA. I wouldn’t go that far, but it’s a very smart film, obviously looks great and has some nice directorial tocuhes (this is not really shit i’m overly bothered about though…) - it is nicely tense throughout i thought which really kept me engaged.
i found that the audience laughed way too much at bits that to me just seemed like Woodcock was basically being abusive… maybe because PTA was there and everyone wanted to show how clever they were. anyway, it does have some funny bits, mostly Lesley Manville who is great throughout. anyway, i still think i preferred Coco.

when Jonny and PTA came out at the end the guy next to me went ‘there’s jonny! and… that geezer, the director’. wonder what he made of the film.

Saw Three Billboards last night. Simultaneously agree with almost all of the criticisms I’ve read elsewhere - tonally confused, Sam Rockwell’s overacting, heavy-handed on the race stuff - but also loved it. I really liked In Bruges and 7 Psychopaths, though.

I am a bit confused as to why it’s quite so acclaimed but I think that’s my prejudice, assuming that Best Picture nominees necessarily have to be hard-slog movies. Whereas considering the subject matter and the violence, it’s actually quite a lot of fun. ‘Fun’ in that very specific, McDonagh way though.

I agree there’s a lot of criticisms you can make of Three Billboards, but if the people mad over the whole ‘redemption’ stuff in the film ever watched The Lives of Others, their heads would probably explode.

Has anyone watched Kingdom of Us on Netflix? Really interesting doc about a large family dealing with something tragic and sudden occurring. Hard not to spoil but I even managed to overcome my phobia of posh children and was really taken by it.

Not gonna read any spoilers but did you like it/10?

Someone needs to close the January thread right?

No, they’re just threads to post in in the month in question

Good thing bugduv brought it up, seems to be really enjoying the new format

I really liked this too, did a Q&A with Desiree and she was very nice. Her new film was at Sundance and has got some very good reviews - https://www.theguardian.com/film/2018/jan/23/the-miseducation-of-cameron-post-review-sundance-2018-chloe-grace-moretz

An American Werewolf in London
Henry: Portrait of a Serial Killer
The House on Sorority Row (1983 version)
Troll 2
and a surprise movie

Been to a couple of these in the past, organised by the same guy. He usually balances the programme really well, so you get stuff that’s scary but also more comedy type stuff.

The last one I went to had a mystery movie, which was some cut-n-paste thing called Night Train to Terror, with a new framing sequence which was punctuated by a band shooting a music video. It was super weird and totally 80s,

Anyway, I’m really excited! Of these ones, I’ve seen Troll 2, but none of the others.

This sounds ace, how late do you stay up? I struggle watching two films in a row in the cinema to be honest.

Starts at 11pm, will finish around 8am I think?

It’s pretty intense, lots of people bail before the end. When I’ve been in the past I’ve slept for a few hours beforehand, but even then by the end everything has this added heft. The last one I went to, the final film was Miracle Mile, which is this great 80s nuclear war film. It’s quite heavy as you’d expect, but after staying up all night? Jeez.