debatable (master P would like a word)! but i get your point

Well, I guess I mean that some tried to keep the quality up. There were multiple very good 70 minute rap albums a year, even if the vast majority could use trimming! Now it’s slim pickings.

I trend towards the more trappy, slick production of mainstream rap, and have to agree. It’s been a long time since one of your Futures or Thugs or Migos’s etc delivered anything essential, and two of those acts are out of action, now.

I do think Without Warning and Savage Mode 2 fit the bill (as well as IA>IW, although it’s not as much fun), but they’re hardly new. And the fact I’m still reaching for them so often says nothing’s come along to replace them.

My 14 track Whole Lotta Red’s a beast, though, and I’m hoping Carti’s new one will be another weird experiment, even if it’s not entirely successful. He just sounds totally fearless. And TBH with someone like him, who just spits out ideas without really developing them, I actually prefer a 20 track album to play around with and cut down to the essentials.

Feel like a lot of the time people are preoccupied with what these, Juice, Pop Smoke etc. might have gone on to do. I get they were mostly all doing interesting stuff, but there’s an awful lot of navel gazing going on. Like, they were mostly not particularly big artists, who are now pulling in absolutely insane streaming figures. We had plenty of it in the 90s, particularly following Biggie and 2Pac, but I’m wondering at what point people are just fetishising dead artists and this unrealised talent which may well have gone nowhere tbh. I’m sure we have lost some generational talent there but I’m not sure it should be grinding things to a halt of reverence

Edit: this sounds pretty harshly worded. Obviously absolutely tragic to lose so many talented kids so young, but I do think there’s something a bit weird in them all being hyped to completely new levels after death

I actually prefer a 20 track album to play around with and cut down to the essentials.

this is where im at with some of my favs too. i had duke duece two releases from last year in my top 3 cos i couldnt pick which had the higher highs, just threw them both in there. but the best of playlist between the two would be the best way to listen.

pretty standard and been that way forever. the star rises after death and they become almost martyrs. pretty much that way for all the 27 club

it puts their name in circles that they may have never crossed over into without it and also…kinda nice knowing you can dive into an artists catalog with a fairly small and digestible body of work (that they cant go ruin with additional releases with diminishing returns).

Yeah I guess it’s nothing particularly new, just seems more pronounced than at least since the late 90s right now. Dunno, streaming might mean it’s easier than ever for their exposure to blow up to new levels, or maybe I’m just old and like moaning about stuff

Looks like Wiki is doing a few dates in June. Just saw this pop up for Leeds. @JaguarPirate 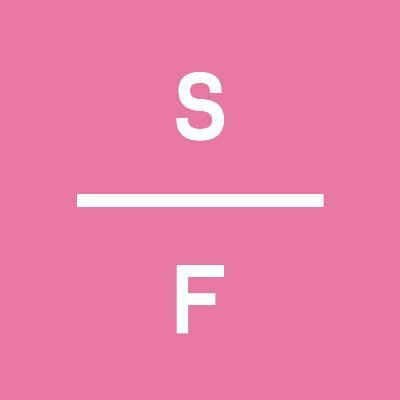 pretttty sure Wiki ain’t from the UK guys

nice he’s back so soon though

Yeah, you’re bang on with this. How many YOD or Boldy James releases have I heard in the last twelve months? It all blends into one song after a while. Don’t know if I have the patience to edit it all like I did with Wu-Tang Forever for example.

can’t get over how much i’m loving this, really lifting my winter blues and think it’ll be so good blasted in the summer sun (/rain) too

Mate - the queue for the Armand Hammer WHTLBL record apparently started forming hours before the venue opened. Hopefully he won’t have similar…

having fun with this

The Best Rapper Alive, Every Year Since 1979

Complex is proud to present the Best Rapper Alive, Every Year Since 1979, a comprehensive look back at every year of rap and which MC moved the crowd the most.

really don’t know rap much in that 03-08 period outside of the proper crossover stuff, so all that section was - definitely the stuff i was most dismissive of as an indie kid, and haven’t really gone back to tbh

i get that the point is someone can be great for many years in a row but never have one single definitive year, but still just feels wrong to never have Andre or a Wu-Tanger at the top of a year

Was funny scrolling down, getting Grandmaster Caz and the illustration for him and realising not a single rapper on the list would look cooler than that.

hov for 2009 feels a bit weak but idk who it should be instead, gucci probably

anyone but future for 2015 is madness

From 2010 onwards, it’s just a popularity contest. Before that, you could argue that a lot of the list were actual spitters, but Drake being on there 3 times? Come on.

That 2004-2008 period was a bad time for rap in general. And I honestly couldn’t tell you a single Jeezy or TI song.

Nice. I think they did this before. Recognise the illustrations (Dale Edwin Murray - good follow on Instagram)