Taken from the Idles thread I thought it a good idea to start a new one for 90s hardcore. There was a discussion starting about whether it was boring! Then there was a request for bands and then…here we are.

This post will probably prove it is boring to talk about it! I’ve been adding to this while working/homeschooling/childcaring so it’s a bit all over the place and missing bands sorry. Hopefully it works as a starter though.

But yeah, lets talk about 90s hardcore and punk. AS you can see from my list I’m not one for strict rules when it comes to genres so apologies if that’s upsetting for anyone.

Have been thinking about this on and off (probably far too much) and it does just depend on what we mean by hardcore. In a way I guess you’re right, as its hard to think of many classic straight up hardcore records from the 90s, although I’m sure someone will correct me! The thing which does however make hardcore in the 90s interesting to discuss is how it became more varied and interesting. You’ve mentioned power violence and screamo for instance which are two really interesting offshoots which have spawned so much. Then there’s the more emo side of things, skate punk, metalcore etc, as well as the straight edge stuff. You’ll probably know most if not all the bands here as many verge away from hardcore in the strictest definition (and probably some up for debate full stop) but still, it’s a starter.

Metallic hardcore for sure but these deserve a shout for one of the best hardcore records of the decade in Life. Love. Regret. Straightedge, good riffs, good breakdowns, passionate vocals – ticks boxes 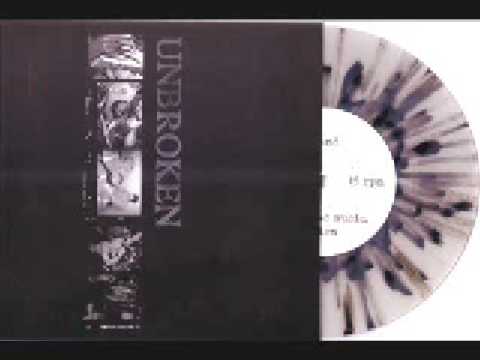 Struggle were also from san diego so may as well mention these here. Justin Pearson was in them and they’re angry political hardcore. Killer 7 inch 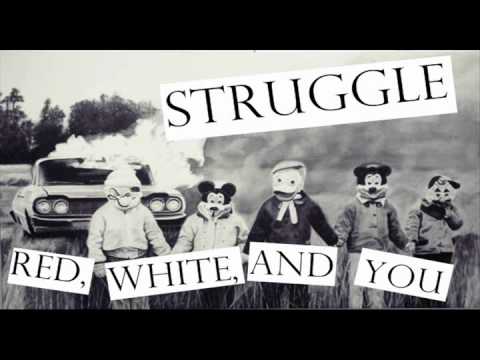 Then there’s the proto screamo stuff like Heroin out of San Diego – this is probably my favourite record of theirs. 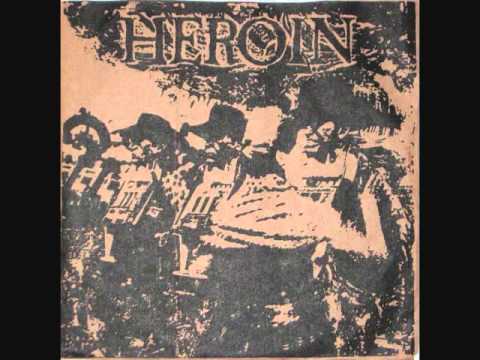 And all the early ‘sassy’ stuff, and the beginning of all the spockcore like Antoich Arrow 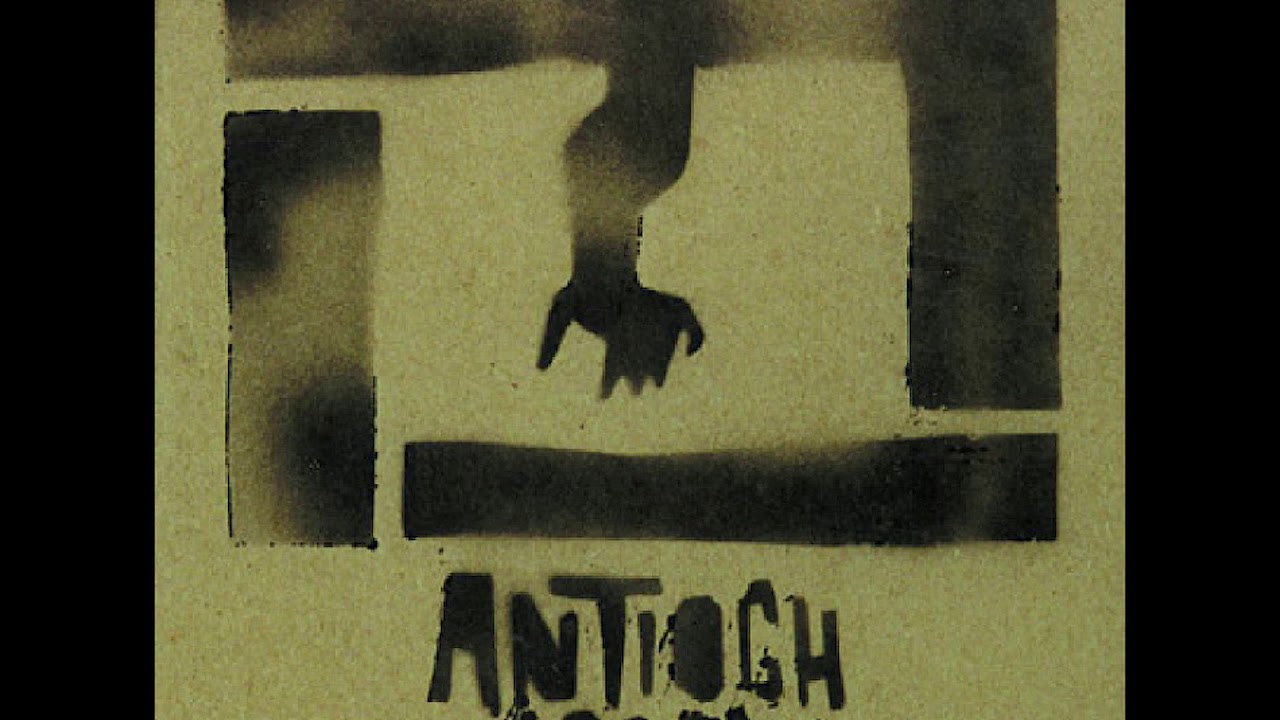 Burn give you a more straight up sound and just sneak in with their 7 inch in 1990 J. Brilliant record. 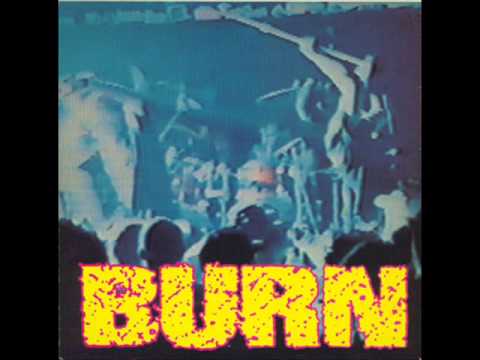 Los Crudos, latino hardcore from Chicago. Absolutely incredible band and one of my favourites of the period. All sung in Spanish except this one. Incendiary. The split with spitboy is essential, but the discog release is almost everything I think. 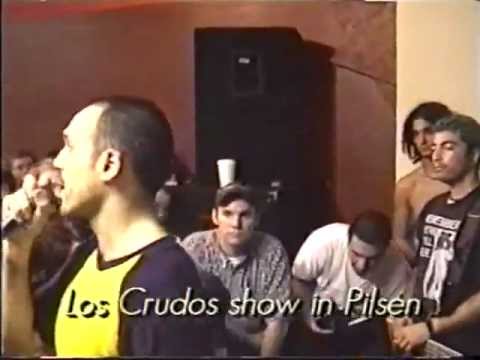 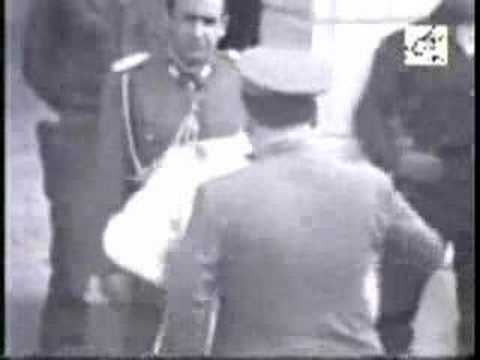 (they get 2 songs as they are so good)

If you dig that then Limp Wrist are worth a look, the singers queercore band who followed.

Then there’s His Hero Is Gone, who probably fall in the crust camp but should be brought up in 90s hardcore discussions. Furious band who are still being ripped off. Great lyrics around social issues and whatnot! 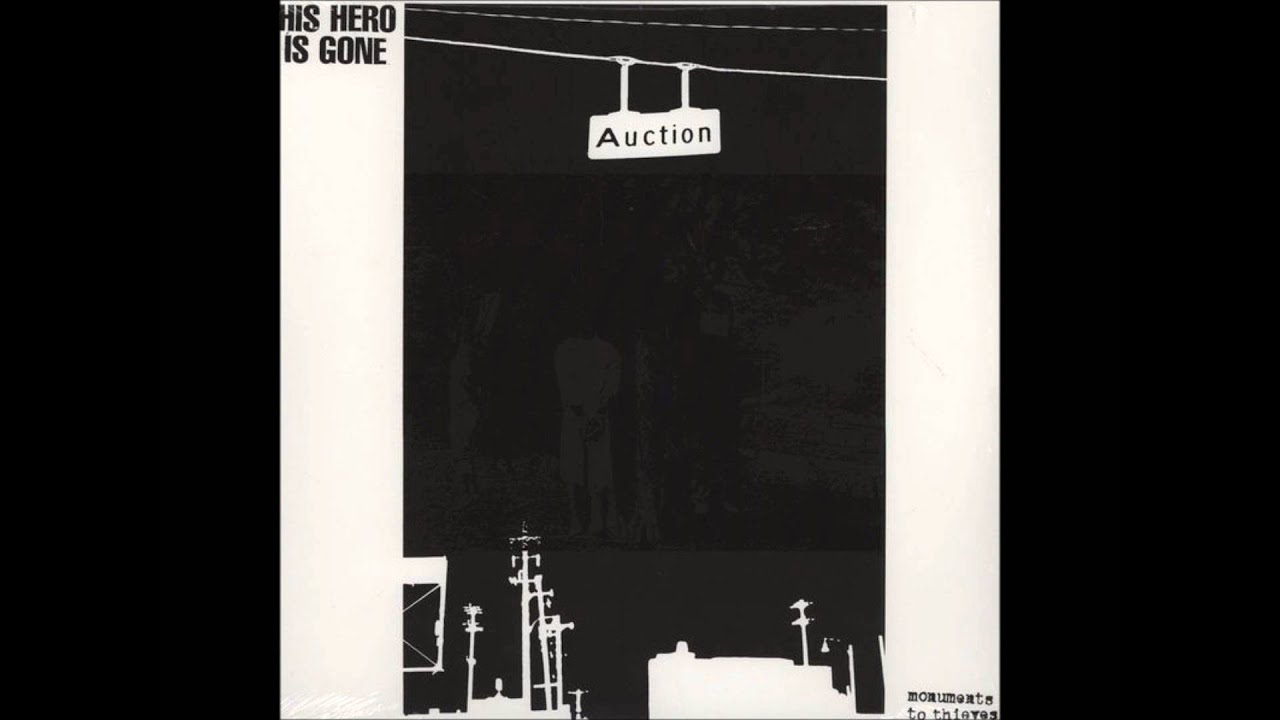 At the noisier end there are stuff like Spazz, Despise You, DropdeadMITB etc. Power violence and grind/noise is such an important part of 90s hardcore veering off piste. Not going into them too much here but a couple of great records for those not familiar… 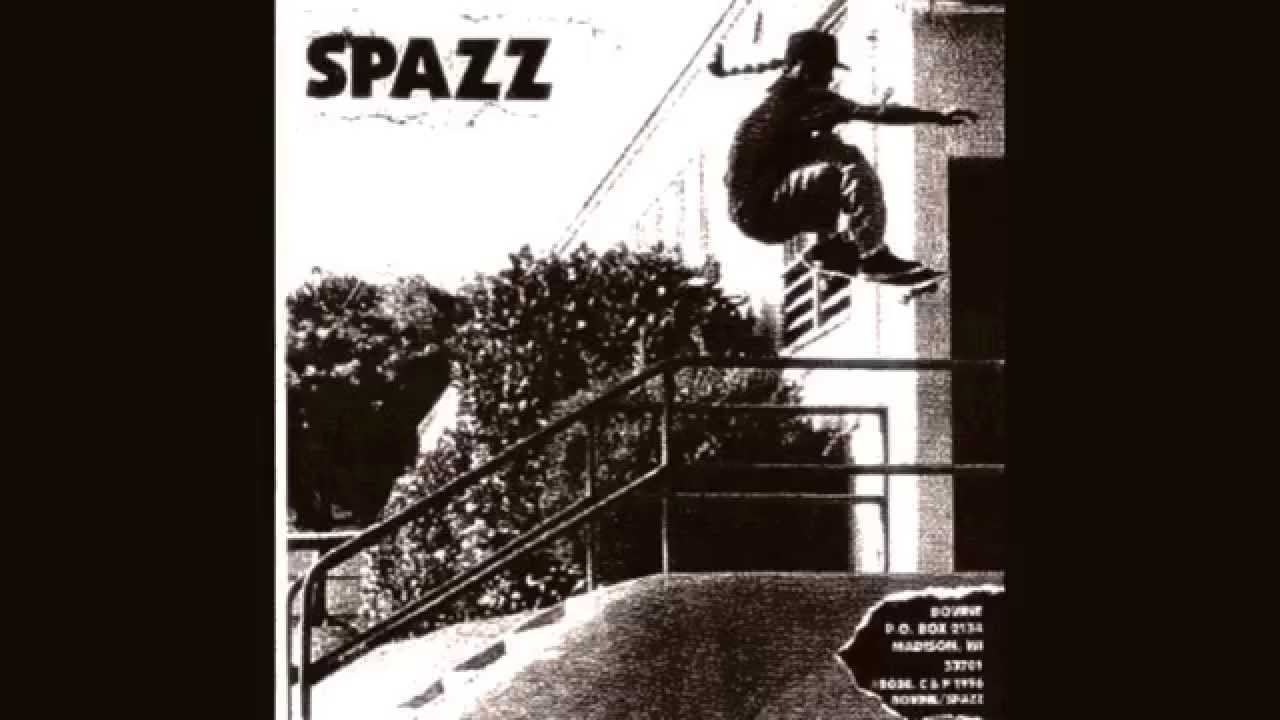 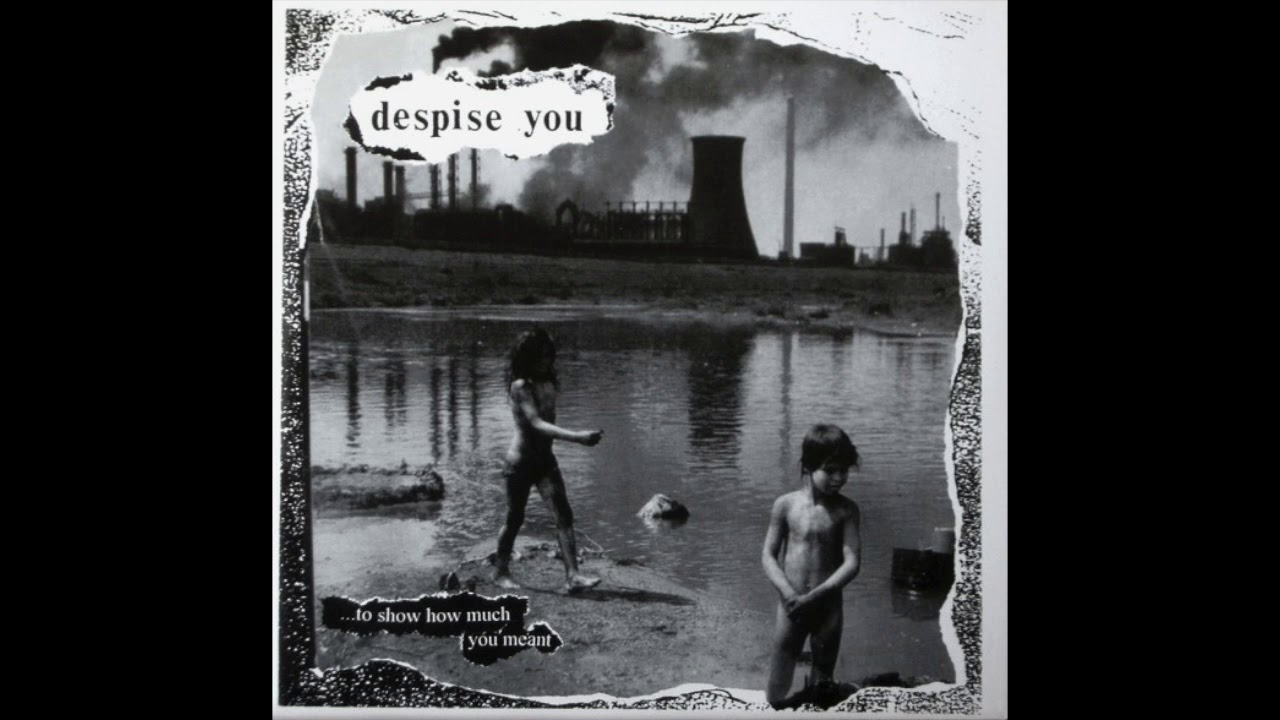 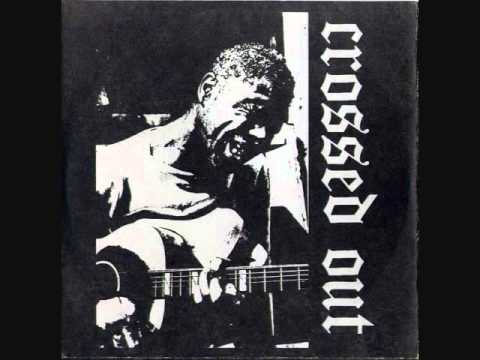 Then there’s integrity who also helped set the blueprint really for the more metallic stuff. This Lp is a classic 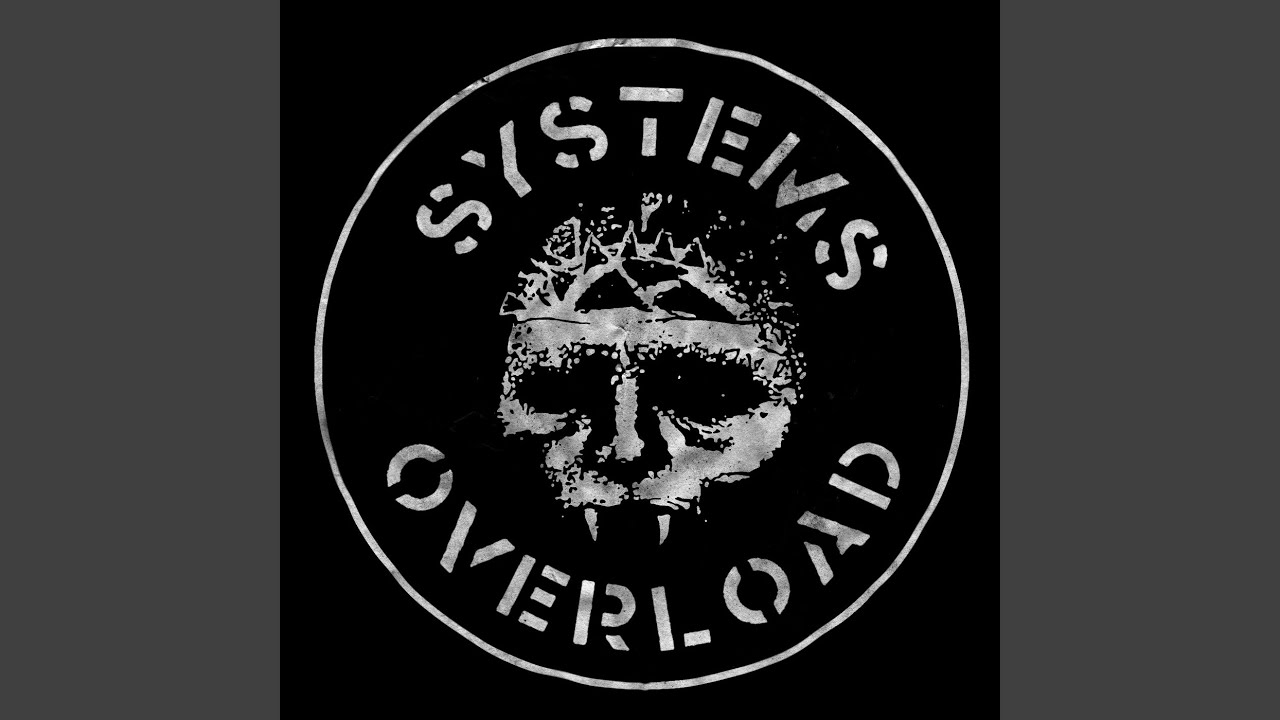 There’s your heavyweights in the later half of the decade who most with a passing interest will have heard of, particularly… 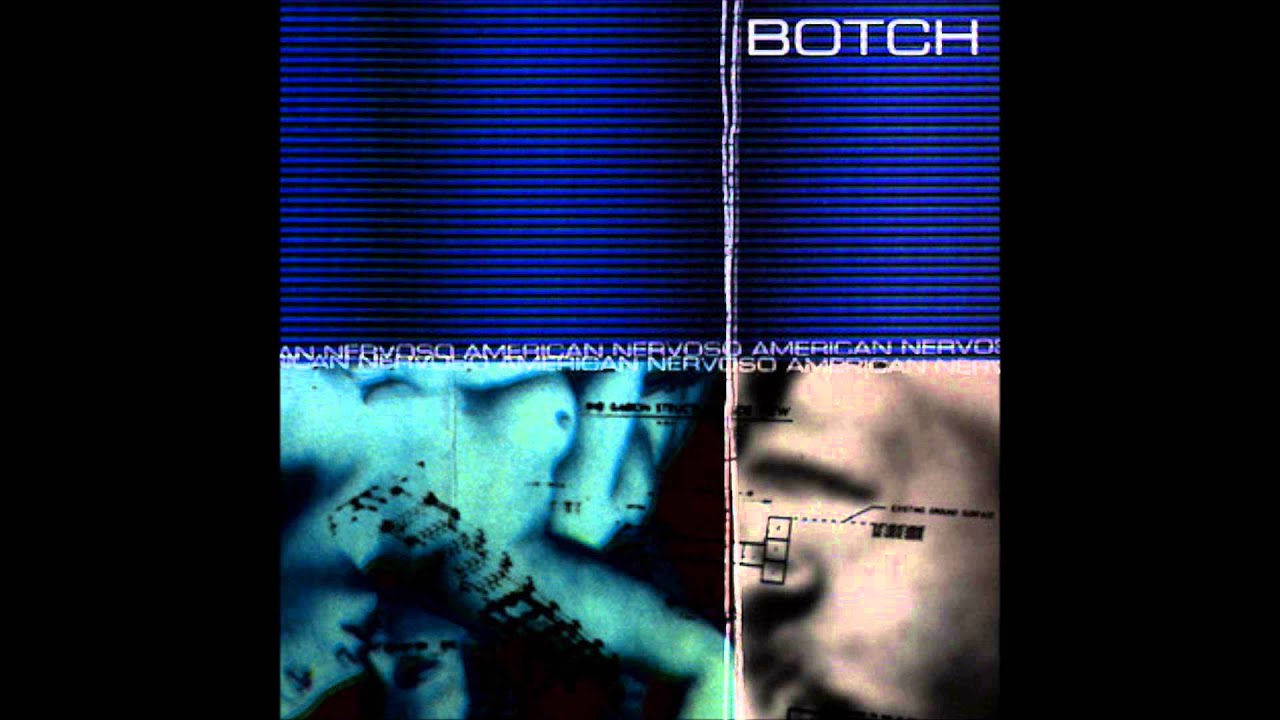 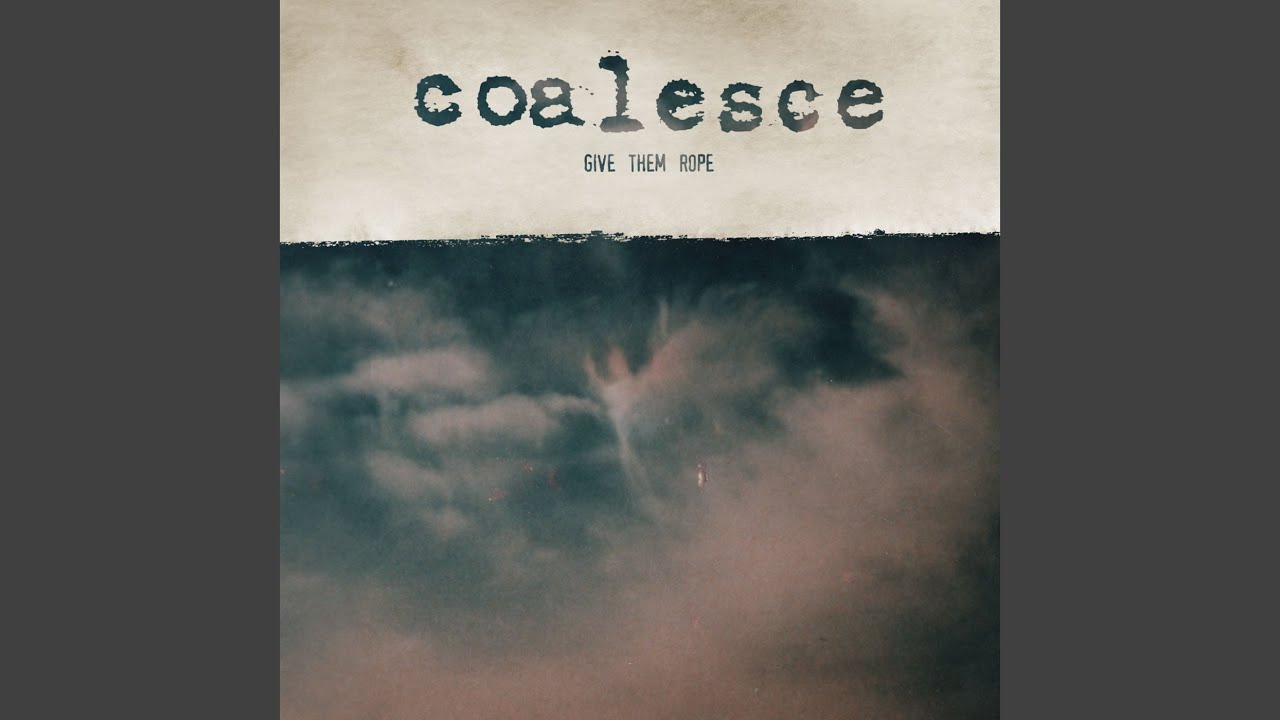 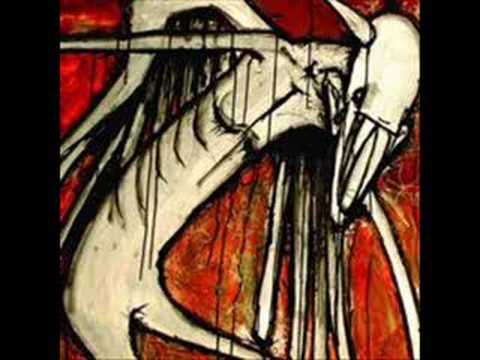 (one of my favourite songs ever ^) 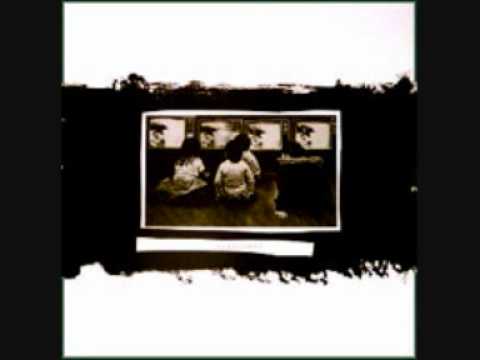 Being from the UK can’t not mention Vorhees who were superb. This was a good split 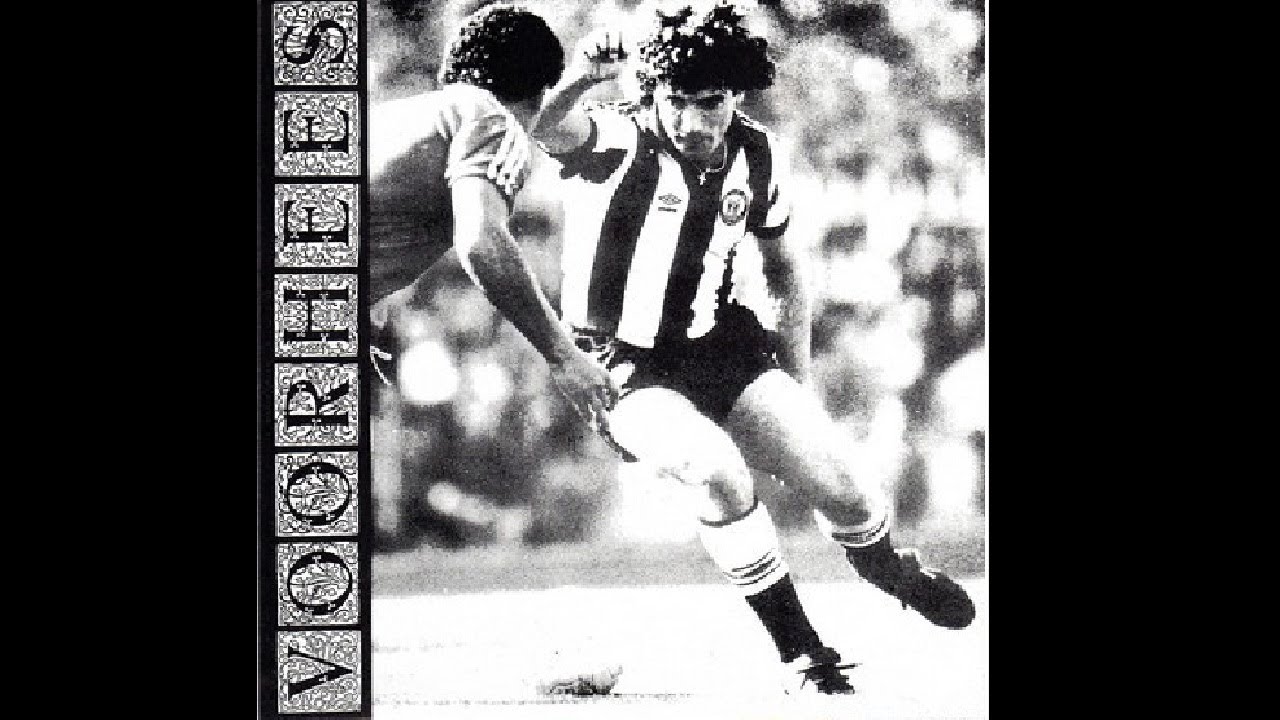 Can’t not mention Bane also. They do what they do (straight up hardcore!), but they do it great (I really like the first few 7s) 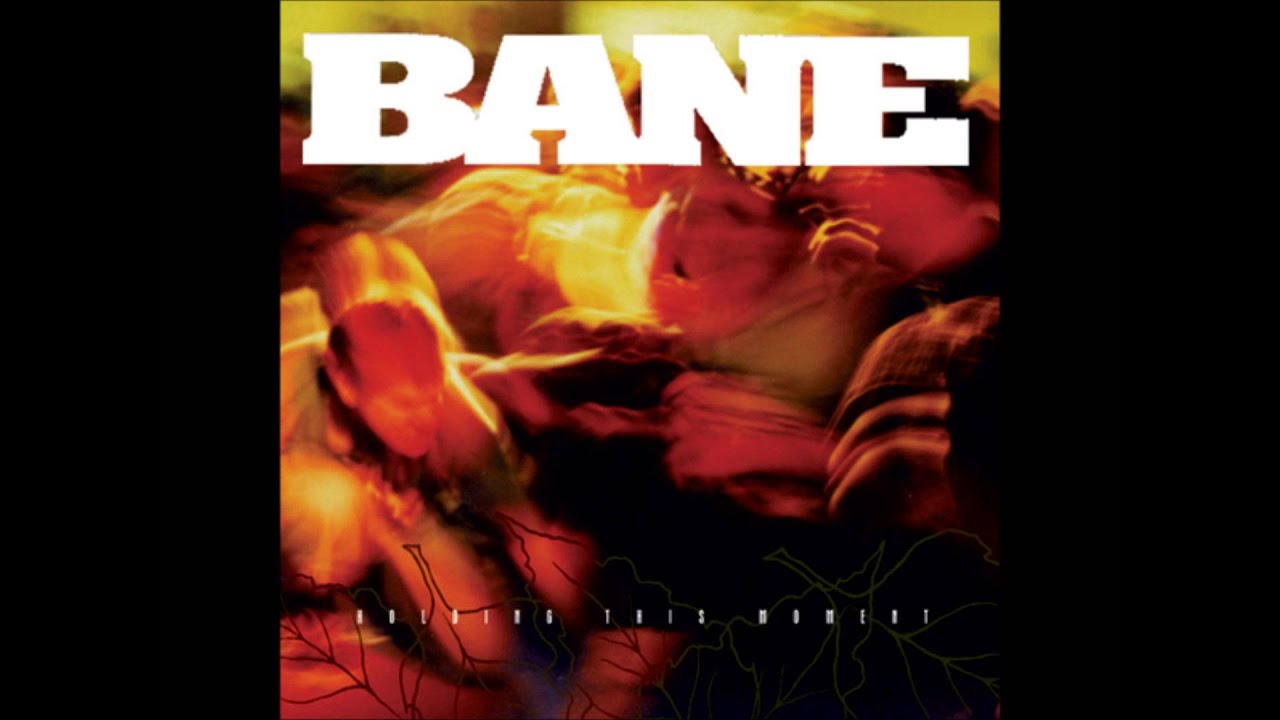 I’ve run out of steam but was gonna mention some stuff like Ensign, Death by Stereo, Snapcase, Shelter, Quicksand, One Eyed God Prophecy, Ink & Dagger, Ringworm……

What do bands do you like! what branches do you like and which can’t you stand? Was hardcore dead by the 90’s!? did metal ruin it?

@anon9806217 did a couple of really good primer posts also which i’m struggling to copy over!

be good to post descriptions, specific records etc also rather than just links

My brother once mooned Ray Cappo just before taking a stagedive at a Shelter gig we both went to.

Excellent opening post. I’m really looking forward to this thread filling out. To me hardcore was always Black Flag/Dead Kennedys/Bad Brains/Minor Threat and any time I was recommended a hardcore record from 90s onwards I was always disappointed because it never sounded like those bands to me. I’ve given up on even trying these days because it’s such a vague description. Hopefully I’ll find something to enjoy here.

And just like that Los Crudos hit the nail on the head!

Absolutely love Systems Overload but have never checked out the other Integrity records. Must do that. 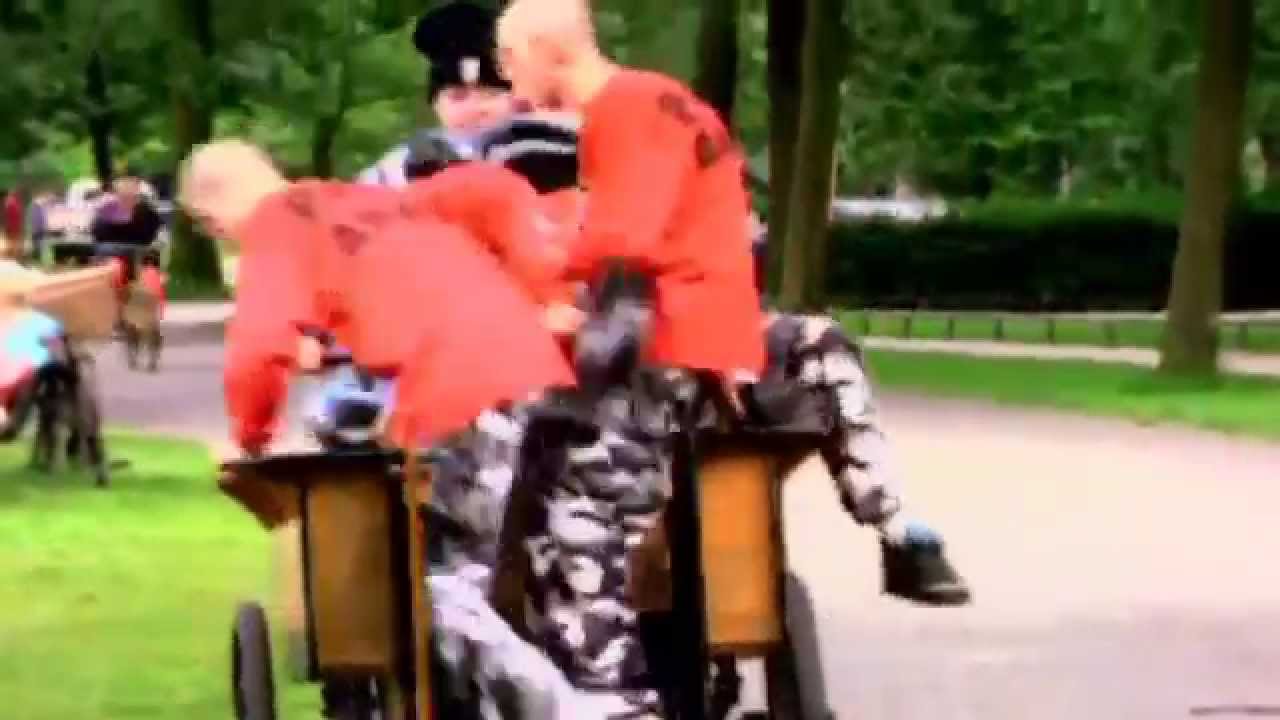 I don’t think there’s a lot I can add in terms of artists people won’t already be familiar with but with regards to the more metalcore/late 90s type of feel, I’m always surprised by how much Eighteen Visions stand up. If you’ve only heard I Let Go or that sort of era, give their older stuff (and most recent record actually) a go, I think it’s surprisingly decent 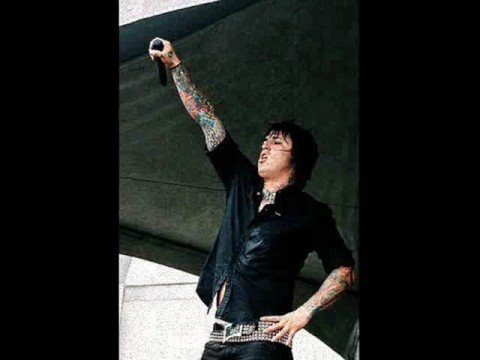 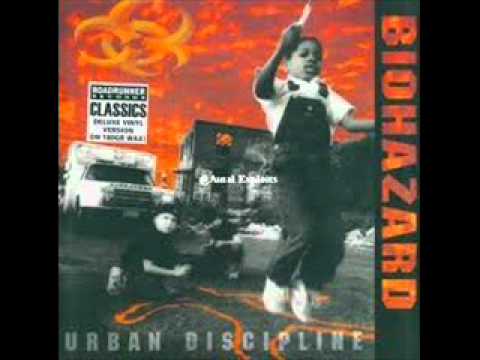 and of course, bit rappy, but those riffs. 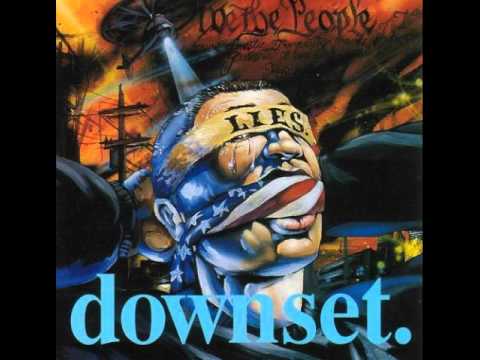 Think you’ve pretty much covered everything in the first post! 90s was definitely my era – teenage years and my town had a pretty great scene (Voorhees were from there, at least initially). Hardcore was also the first type of music scene that I was ever involved in. Was also lucky enough to study in Tennessee during the later 90s and saw some of the amazing Memphis bands (His Hero Is Gone, Deathreat) in their basement shows days.

As periods in hardcore go, the 90s tends to be looked back on as kind of the dark ages (and there are some genuine reasons for this which hopefully might be discussed itt), but it has never been this way for me. Find it one of the most interesting periods – there was a whole load of variety because although hardcore had started to deviate from the hard, fast, loud formula from the mid-80s, it started to properly splinter in the 90s resulting in loads of entirely new sub genres.

Going to try and post some what I consider to be classic albums with my attempts a decent descriptions cos I like it much better when people talk about stuff rather than just post links. Thanks for this trip down memory lane @caedus!

Edit - sorry @Avery - was meant as a general reply! 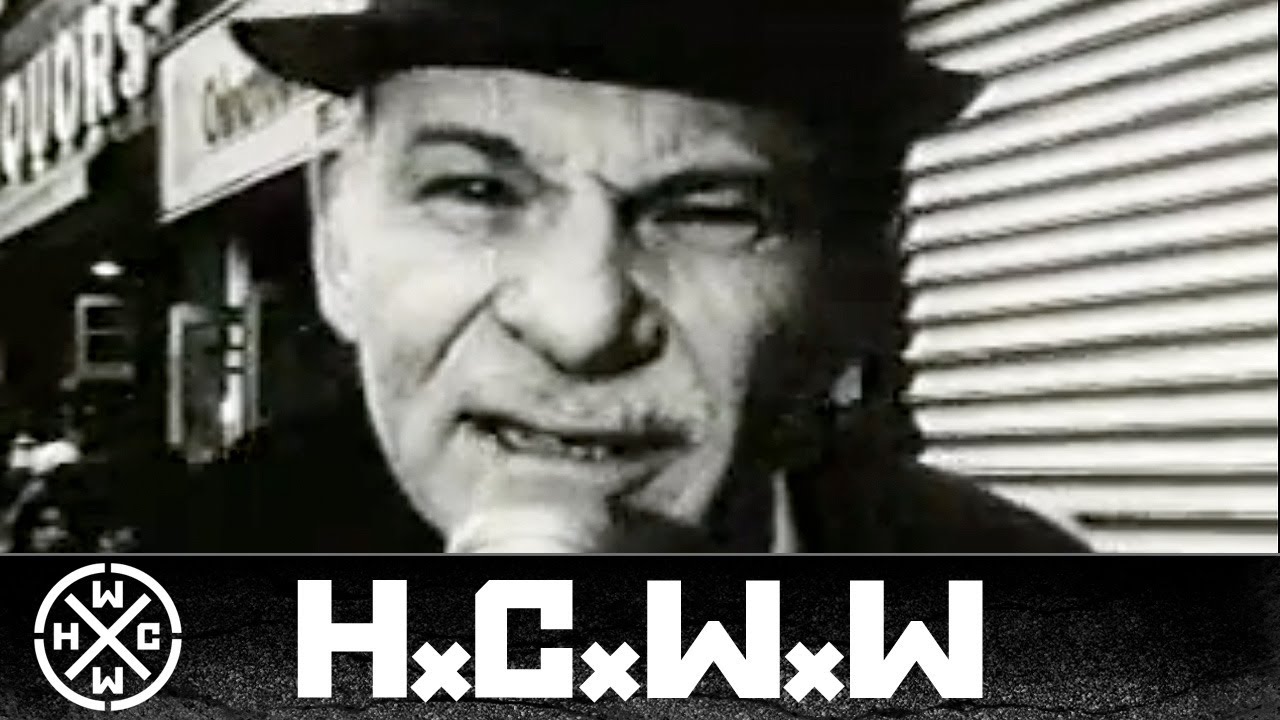 Only really listened to anything hardcore in '94/5 and haven’t really delved much deeper, tbh.

I haven’t seen this video for years! Can still remember some of the moves from it from it being on p-rock 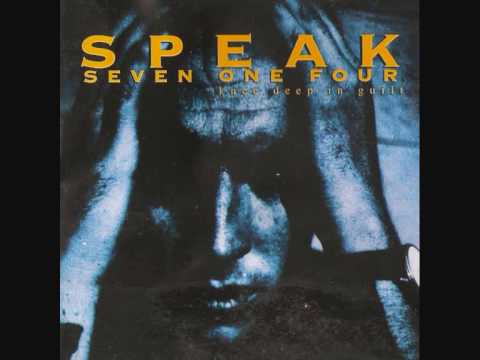 Will Haven’s first ep, when they were much more straight hardcore influenced, still stands up too 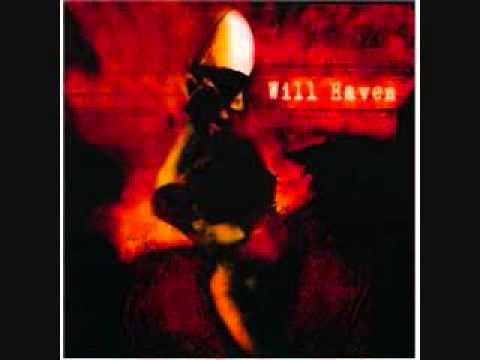 Includes everything the band did, including the Downsided 7”, which I think could be my favourite ever hardcore record. The best of the original run of powerviolence bands for me too (but they’re all incredible). For anyone who isn’t familiar, powerviolence was a super extreme form of hardcore that started in Southern California where a whole bunch of up and coming bands were influenced by LA County band, Infest, but who took their (already punishing) sound even further outwards. It basically takes what were the dominant aspects of hardcore at the time and magnifies them, so the fast bits get up to grindcore levels and the breakdowns are slowed to a crawl and sound like sludge metal. It’s massively effective when it’s done well, and all of the original bands (Crossed Out, MITB, Capitalist Casualties) did do it very well

John Peel was a massive fan and used to play powerviolence records all of the time on his early 90s shows which was my main introduction. Probably would never have heard it otherwise as it was quite an insular scene at the time. Has gone on to be very influential though. This is the best powerviolence record ever imo 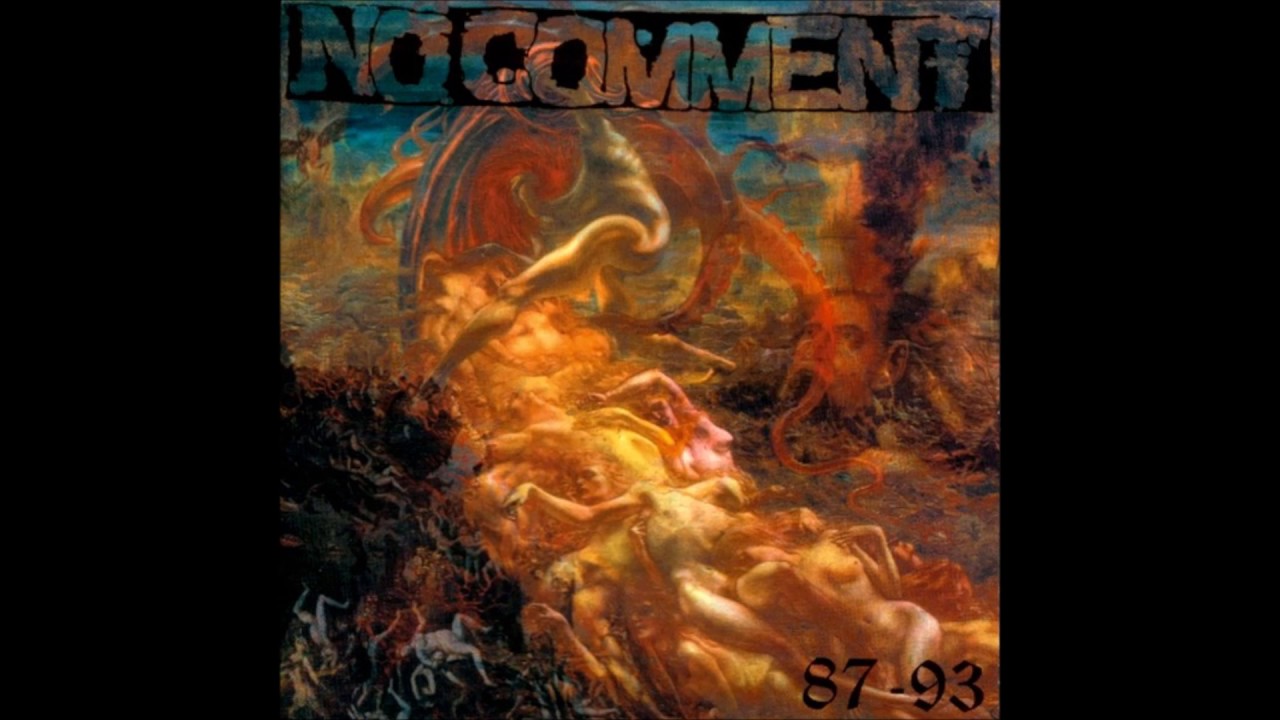 Some absolute bangers on here with a good mix of straight forward stuff with more varied styles such as Shai Hulud and Orange 9mm. 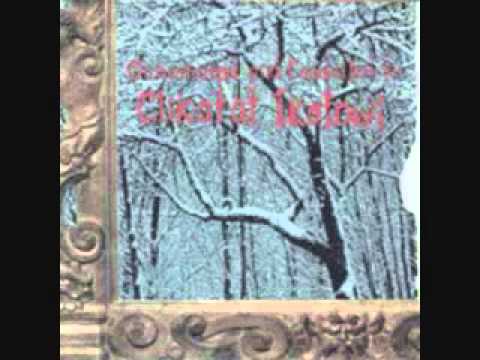 Good thread! I was always a fan of Snapcase, think it was the vocals/delivery was quite different to a lot of hardcore at that time. 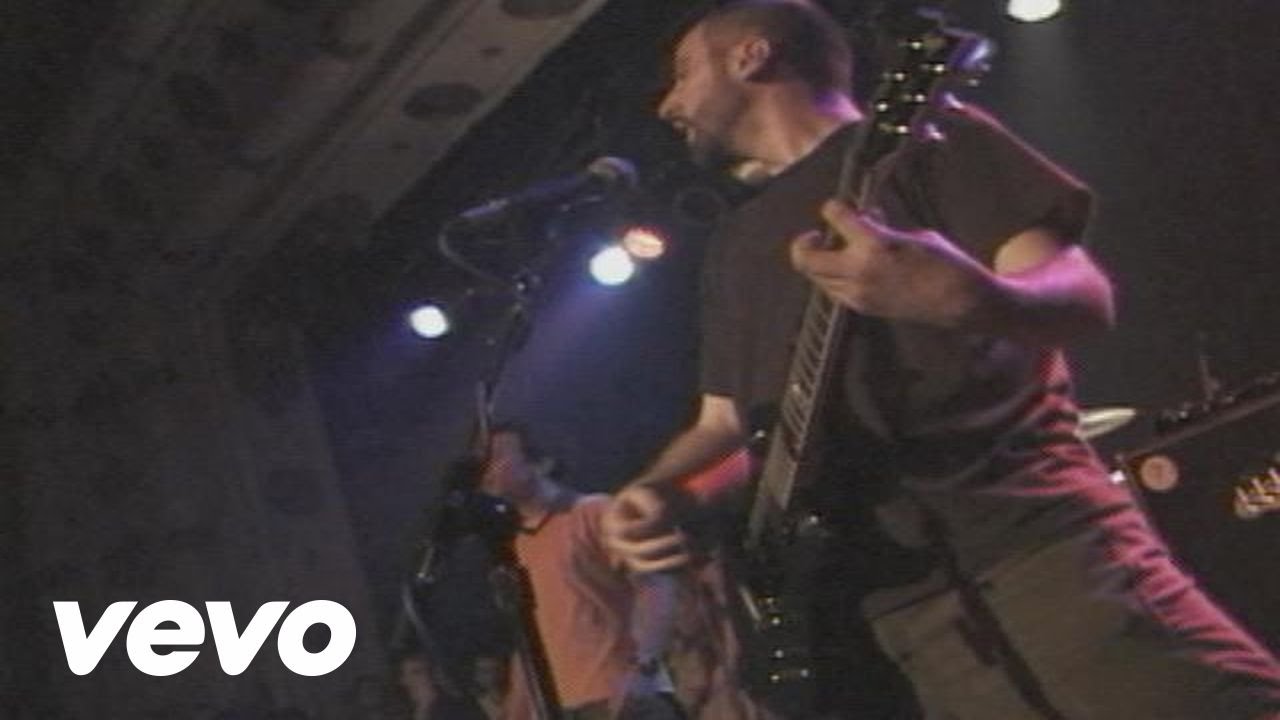 @Avery has already mentioned them, but fucking downset are great, especially that self-titled first album. 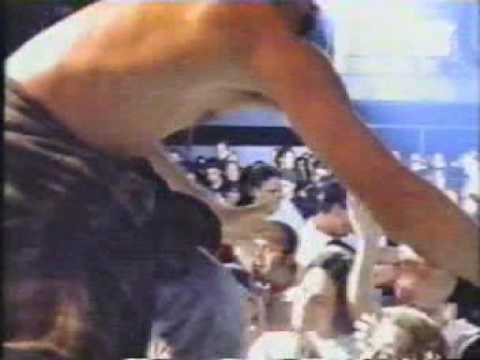 downset, the band rage against the machine could have been!