I’d agree with this, although I’m not sure if my disappointment comes from the fact that I tend to spend five months wandering /exploring everything on these big open world games and then get into the actual story missions really late. The final mission was quite straightforward considering I’d done everything else before I attempted it.

I did the same with Witcher3 and was a bit underwhelmed by the ending.

Didnt like the first one. It’s a humourless bore, skip it and go straight to the second.

Yeah, I really enjoyed it but stopped playing because every mission was becoming a variation on “go into this building surrounded by enemies and do one of four things”. Should add I’d played loads of it by that point.

Really fun, but hollowness rears its head after a while (like many open world games, though this one’s missions didn’t help).

Yep, contrast that with, say, the Gomorrah casino mission in New Vegas, or Tenpenny Tower.

Really, really enjoying the new Deus Ex right now. It’s much less superhero-fighty-man as it’s going on*; it’s weird they have that “military hoo-rah” sort of stuff at the beginning and then follow it up with an entertainingly noir-ish atmosphere, which is putting me in mind of the first one more than either of the other two games in the series (though it’s more echoes, of course, I’ve encountered nothing like that feeling of the lonesome Hong Kong streets / the abandoned DuClaire mansion (one of my favourite gaming moments) / etc.).

If anything, I feel like it may be a bit too easy to be non-lethal. Like one encounter I had was just a case of pressing B and I knock the fella out.
__

Just seen Bonnie Tyler trending on Twitter and immediate thoughts were 1) oh shit i hope she’s not dead and then 2) I really wanna play Saints Row The Third again.

Sub thread: what are your favourite uses of licensed music in games?

Played Everyones Gone To The Rapture and loved it. Gonna play small studio scenic games until either Last Of Us 2 or Red Dead Redemption 2 comes out

Anyone tried to tackle The Witness?

Awesome game; loved it! How are you getting on?

Not well, was absolutely flying with it to begin with then hit the wall in a big way.

Of its a specific area you’re stuck on, move on and try and different one. Where you’ve worked out the rules for the puzzles in an area, try and stick with it to complete the area as a whole as they don’t tend to deviate too much.

I think I found some areas more difficult before doing others though so don’t beat yourself up if you’re feeling stuck. Is it’s particular puzzle type you’re struggling with?

I stopped on 445 panels +58. There appeared to be a lot of the environmental puzzles I’d not found when looking at the black monolith things…

Yeah, this was definitely one of my favourite games of last year. Definitely agree with @NotEvenDreams that if you’re stuck just try to find a different area. Chances are you’ll learn something in the new area that will help solve the part you’re stuck on.

I’d definitely recommend sticking with it. I think it has a lot of interesting things to say about how we learn and acquire knowledge, and it does it in a way that you couldn’t really get across in another medium.

Completed Arkham Origins. Thoroughly enjoyed it, more so than I did City.

Origin story of the Joker is great and the overall tone feels like a Year One / Long Halloween / Batman Begins detective case. Like the sense of everything being cruder as it’s a prequel, meaning more combat and raw gadgets.

Bosses in this series have largely sucked ass but there are 3 crackers here. The game is more linear and less polished than the others for sure, but that didn’t bother me. There are some great set pieces too on bridges and scaling skyscrapers.

Overall, not sure why it got the hate it did…?

Playing The Long Dark on easy peasy setting, I should probably up it a bit, but I’m on day 9 now and I’ve racked up a few items. No gun as of yet though. Good game, good game. 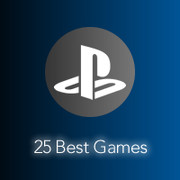 Our Quarterly Reports provide a handy list of the 25 best games for each platform, both for the current year so far and for all time. Here are the best games available for the PS4.

Perhaps try Journey, Inside, Flower, or Rayman Legends? Firewatch is supposed to be really good also, but not sure if you have to kill things.

There’s a few good story-based “interactive narrative” games available for ps4. Stuff like Firewatch, Gone Home, Oxenfree, all of which I really liked. And Life is Strange, though the first episode starts off a bit rubbish.

Is this likely to get even cheaper over the next few months? I know Steam sometimes has crazy sales.

Ooh and Soma was really good too, if existential science fiction horror bleakness is yr bag