I am loving the Spectre Knight campaign in Shovel Knight. Possibly more than the main game, in fact… So much value for money in this game. Still got Plague Knight to tackle one day and a whole new chapter this year.

I really enjoyed Specter Knight too, thought the story was a neat counter to the main and loved the markedly different control mechanics.

Didn’t get on nearly as well with Plague Knight, but may had just been burned out a bit on the game all in. Have a 4h+ flight coming up and will jump back in as the battery consumption was a dream on the Switch.

Also super excited for the King Knight campaign, which I believe is coming pretty soon. The value of the package is absolutely fantastic.

First try of Into the Breach, second map I did, a OHK air strike was called in directly on top of my mech, and a giant bug unavoidably and irretrievably webbed it so it couldn’t move.

Definitely was made by the FTL guys.

I like the sound of Into the breach, gonna pick it up when it goes on sale.

Can I interest anyone in a free steam key for Shadowrun Returns? I got in the humble bundle and I already have it.

We did one of these on the old boards and we shifted a few games. Most of us Steam players will have dabbled in purchasing bundles and will have ended up with multiple copies of the same games or games we just plain aren’t interested in. This thread is for offering them to a good home. First come first served. Here’s my list of unwanted gamery: Hearts of Iron III Cities in Motion II Europa Universalis III Pillars of Eternity Magicka II collection Samarost III Verdun Tower of Guns Fez …

There is a steam key thread? Didn’t know mate.

Yes indeed - Bam’s got some good stuff up for grabs too, worth checking the spreadsheet
https://docs.google.com/spreadsheets/d/1NWVuG8LfQD4sE1WmprV7pk4Nw8Rkmf61-Duig5yNgNI/edit#gid=1436035545

I had a butchers. Nothing I can run on my tablet apart from Undertale and I think that’s been snapped up.

probably should just get FFXII instead!

Into the Breach is difficult but incredibly addictive. The way it’s designed - you see where the monsters are going to attack next turn and so have to carefully plan out your own moves so they do the least amount of damage - is really clever. Everything has a crystal clear intuitiveness about it that calls to mind stuff like Spelunky and other simple yet hard-as-nails and endlessly replayable games. I could see it being on my hard drive for a long, long time.

Once I get through the snow, this is my evening. Can’t wait!

I found a similar pattern back in the day. I think I got overconfident and stopped doing the basics in terms of positioning. Normally took a return to sitting a bit more in goal to address the slump, particularly as down in bronze players are more likely to be positionally lacking. The things which work in silver (and later in gold) don’t necessarily translate well if you do have a bad spell and drop down.

so I did the final, FINAL endings of nier automata. that credits mini game is harder than the actual game itself Ratchet and clank too

It’s a bit too easy if anything 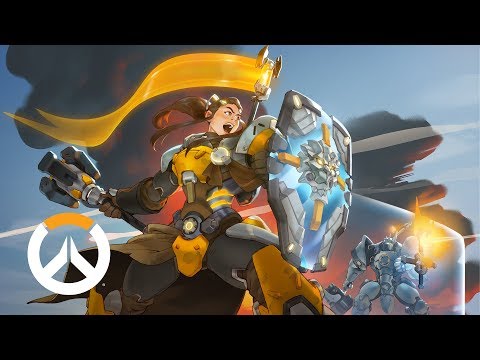