There is no I in team, but there are two A’s in The A Team

I love it when a thread comes together

There is an I in dilapidation

BA and who’s the other one?

Is A B’s family name then?

I thought it was Baracus

but which of the A Team was ‘kind’

Have you never done a crypcit crossword?

No but I have done a Turkish one.

Now I’m a little confused, is he BA because Bosco Albert or Bad Attitude?

Bosco Albert “B.A.” Baracus is a highly skilled mechanic and the A-Team’s regular Mr. Fix-It as well as being the team’s master at arms. His character is basically that of the public persona of Mr. T himself. He is a skilled fighter and is easily roused to anger, earning him the nickname “Bad Attitude”.

I like the episode with Boy George in it.

I WILL NOT GET ON THE PLANE

THE PLAN IS FORMING

I DON’T HAVE CATCHPHRASE I AM A FACE

ME NEITHER I AM MAD 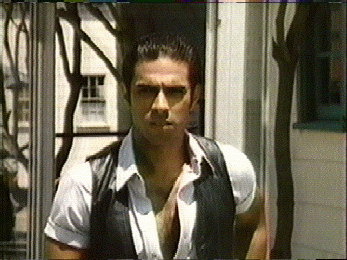 Frankie "Dishpan" Santana appears in the final season, Season 5, of the NBC-TV series The A-Team. The part of Santana is played on the series by actor Eddie Velez. About Frankie Frankie Santana was a Puerto Rican special effects expert who helps the...

This definitely belongs in the things that didn’t happen thread

Why has BA (airlines) never got Mr T in to do an advert for them? Sold out to Snickers instead