A thread of train stations

Drop all your thoughts about train stations here. Best, worst, any hot takes you have.

It’s very funny to me how bad and stupid Euston is.

They must know the platform a train is on earlier than five minutes before it departs, they just have to, surely

The train station in the (made-up) place that my parents now live has one platform for both directions of travel and you can only board and get off the train via one carriage. It’s well daft.

The new main train station in Rotterdam is pretty swish. it did take forever to build though. one of my favourite buildings, feel awestruck whenever i’m there

On the topic of stations, my home, home station, Twyford, used to have this guy manage it until 4 years ago. Proper local celebrity type. The station’s not the same without him, I mean I’m assuming it’s not, don’t really hang out there any more. 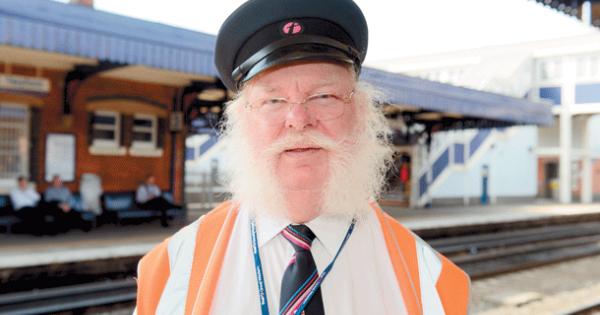 More station news: My home station, Reading West has had the foot bridge removed because of electrification, and they’re replacing it with steps up to the station. it’s 2019, right? still in this age, their fine doing this sort of renovations without installing disabled access

The hauptbahnhof in Berlin is crazy, it seems to be about 10 stories high with platforms on every level. Train stations shouldn’t be vertical imo

Totnes is quite nice. Small, easy to use, and at the café they have a ‘build your own breakfast’ menu.

I adore Glasgow Central. Love everything about it. In fact when I’m at another major railway station in the UK and it isn’t laid out like Central I get very confused and feel scared.

Love what they’re doing to Queen Street in town as well. My favourite big ones:

St Pancras - fantastic job in restoring this. And you can get trains to continental Europe from here! Massive plus.

Kings Cross - as above, but without the continental bit. Which is a big negative, lets be honest

Grand Central New York - lives up to the hype. Beautiful.

Milan Centrale - bit mad this one. Art Deco in places, almost brutalist in others with massive sculptures. Find it really fascinating.

The hauptbahnhof in Berlin is crazy, it seems to be about 10 stories high with platforms on every level. Train stations shouldn’t be vertical imo Manchester piccadilly has been elevated to a 4/10 from a 3/10 since the bogs became free.

I’ve noticed that they don’t sell booze at the shops at this station, even in AH / Kiosk. Why is that? Feynoord?

In a world where London Bridge exists there is no way Euston is the worst station.

An I the only person who thinks that Euston is kind of fine, especially since they cleared out all of the concession stands? Certainly better than Waterloo is now with it’s silly mezzanine and escalators coming down into the middle of the course.

Of the ones I’ve been to: