A Thread of Trains

Inspired by the fact that I am on a train and need to pass the time.

Worst: The time on my way to uni when I’d been out the night before and really needed to vom but was stuck standing next to a guy who hadn’t washed for weeks.

Best: the train from San Sebastian to Bilbao through the basque country. Absolutely beautiful despite the fact that I was in my bike wanker gear and couldn’t get a seat.

Worst: Newark North Gate to London Kings Cross one time when I had to boot my CEO out of my seat reservation. Luckily he didn’t recognise me.

Done marseille to Barcelona which includes the riviera bit. Lovely.
Munich to Prague is pretty.
Really love the one from here to Manchester through the hope Valley.

Bleakest and worst quality train was Belgrade to Sarajevo, but was also pretty fascinating

Best - Salou to Barcelona. Along the Costa Dorada. Picturesque.
Worst - Bradford to Derby via York. Was pissed after being force-fed beer and chips at Valley Parade. Had to change at York and lay on a bench outside York Station because I felt that ill. Finally vommed when we were bypassing Chesterfield

Worst: Strasbourg to Cambridge when I’d had a pizza for lunch and didn’t know I was lactose intolerant yet. Worst: daily commute from Drayton Park to Moorgate (when living in Highbury) 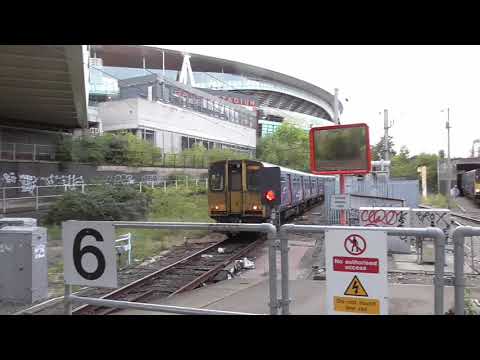 Man, A Song of Ice and Fire has really lost its mystique

Worst: the Heathrow Express on my way home when I had noro on the flight back from San Francisco. Felt like death.

Best: hard to beat the trans-penine express on a sunny day

Did the Chicago to San Francisco one, which was obviously amazing - massive farms into mountains into deserts into redwood forests.

best: Ourense - Monforte is one of my faves. Winds through stunning gorges next to a river. only about an hour long.

Worst: daily commute from Drayton Park to Moorgate (when living in Highbury)

The trains on that line are the worst possible advert for rail privatisation. Shitty 80s trains (at a guess) that break down all the time and make alarming noises at speed.

I guess worst is limehouse - bank - moorgate. dunno why I didn’t just walk it.

Best: Milan - Barcelona sleeper. Drank a ton of mini bottles of wine, woke up at sunrise with the train looking out over the med. Beautiful.

Exeter - Plymouth, and all the way to Penzance is lovely too

Worst: Prague - Krakow was pretty bad, as was Krakow - Vienna. But probably the journeys when the commuter line goes down to Waterloo. Delays, overcrowding, shitty passengers

I’m going to go out on a limb here and say that’s experience wasn’t really the train’s fault.