Just thinking about when I was a kid, a middle class white kid, and I unironically called the device I used to play music a ‘ghettoblaster’.

Don’t remember blasting it in many ghettos.

How about you? Mortified about anything? Same thing? Probably the same thing yeah.

I don’t need this. I’ll be up all night now.

Just thinking about when I was a kid, a working class white kid, and I unironically called the device I used to play music a ‘hifi’.

Don’t remember it being of very high fidelity.

Had a mortifying conversation this morning which will probably haunt me for a good couple of weeks, one of those ones where it either sticks firmly in the memory of the person you were talking to or it’s a total non-thing and you’re just beating yourself up for no reason. Either way, mortified! Mortified I say!

I unironically called the device I used to play music a ‘ghettoblaster’.

I think that’s just what they were called when I was a lad. It’s what my Dad called it anyway: had no idea what a ‘ghetto’ was until many many years after my ‘hi-speed dubbing’ alba twin cassette deck machine was off to Silicon Heaven.

I was what I call… Mortified.

So… are they not actually called ‘ghetto blasters’ ? What are they called?

I called my good buddy when I was 8 a dickweed. Never going to get that back. 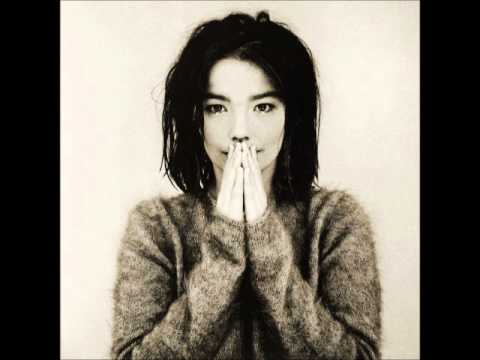 When I was about 13 we went on holiday to Scotland. The first night, we went to this restaurant and the waitress who would have been 17/18 came over to our table and made such a big fuss over me, “OH MY GOD YOU ARE SO CUTE! WHAT AGE ARE YOU?!”
“Uhh…13”

She was talking to my two year old sister sitting beside me. Every time she came back to our table and asked a question like “can I get you anything else?” My dad would immediately chirp “she’s talking to me this time son!”

Yes as @the_ravens says, according to Wikipedia they were Boomboxes and ‘ghetto blaster’ is definitely a negative term by the media that we all just bought into. Not sure if that’s a UK 80s thing particularly though, as in maybe in the US no one would ever have used ‘ghetto blaster’ in anything but a highly negative way to caricature poor non-white communities. In the UK I definitely felt like it was just the term used for that type of machine. Imagine how shocked I am to learn she’s not singing some Icelandic word.

On my first week at work they did non uniform Fridays and no one told me. It is something which you are conscious of all day!

Things you were mortified about theo.

(The honest answer is I’m not sure there are any memories I retain from the first 25 years of my life at least which aren’t wholly embarrassing.)

I just thought took it as you were mortified you got the same 3D woofer in a different brand. They look pretty cool to me.

Honestly till now I always assumed the word “ghettoblaster” was invented by African-Americans within early 80s hip-hop culture. I rarely used it as a kid but only because it sounded almost as dated as “fab” or “groovy.” Was it invented, like every bloody thing seems to have turned out to be because the world is arse, by some horrible racist?