Ultimately the central tenant of Can’t Get You Outta My Head is a bit wishy washy. But I’m not sure how the idea that the systems of the past and present don’t work, so people need to break out of the malaise and imagine and innovate for a different future can be seen as anything other than progressive? If conservatism is inherently bound in traditional values and a lack of willingness to innovate, neither really seem to characterise his work. You can argue which parts of that are left and right (reductive terms I think he’d reject), collectivist or individualist (remembering pre-existing forms of socialism could be seen as conservative), you can certainly argue that he doesn’t really offer any solutions, but I’m not sure I see it as conservative at all, as much as a universal appeal to all ends of the spectrum to innovate and to reject fatalism and helplessness in the face of capitalist and technological determinism

Given… his entire body of work, I would be extremely surprised if this was true.

Ultimately the central tenant of Can’t Get You Outta My Head is a bit wishy washy. But I’m not sure how the idea that the systems of the past and present don’t work, so people need to break out of the malaise and imagine and innovate for a different future can be seen as anything other than progressive ?

The argument Lain, the creator of the Zero Books video, makes is that whilst Curtis appears to recognizes that modernity is increasingly shaped by the destabilization or even loss of individual subjectivity, he appears to lay the blame for this, primarily on certain pathologies and anxieties, broadly put ideas ‘lodged in people’s heads’.

The history that he tells is primarily one that’s marked by the emergence of ideas at what appear to be random points in time which whilst interesting, seem to be divorced from the material base of society particularly in regards innovations within the spheres of technology and production and subsequent evolutions in class society.

The latter although I guess it’s viewed as a particularly marxist lens to view things through at least gives a way in which someone could actually view the traits which are characterized as modern pathologies as actual reflections of real class tensions and a response to significant material inequalities and difficulties.

This then might allow us to see how it might be possible to transcend them, through revolutions in the base of society rather than posing the answer as simply of reviving the search for individual subjectivity and er I guess bourgeois freedoms in circumstances that are increasingly hostile to them. Kevin Adam Curtis (born 26 May 1955) is an English documentary filmmaker. Curtis began his career as a conventional documentary producer for the BBC throughout the 1980s and into the early 1990s. The release of Pandora's Box (1992) marked the introduction of Curtis's distinctive presentation that uses collage to explore aspects of sociology, psychology, philosophy and political history. His style has been described as involving, "whiplash digressions, menacing atmospherics and arpeggiated sco...

I mean, fairly succinctly taken apart in the comments. I remember reading this in the past, and believe he was literally arguing against his position simply being rejected as coming from a lovey lefty.

So essentially, Curtis has some views that differ from classical Marxism? That doesn’t make him a conservative. It’s also somewhat ironic to idolise Marx while questioning the notion of the importance of the subjectivity of the individual to propel societal change. I also think it’s trying to analyse his documentary as some kind of definitive academic tome, which it isn’t trying to be.

Still haven’t watched any, going to listen to this lad who I trust implicitly 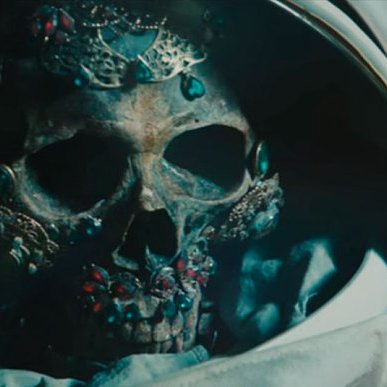 The impression that I got was that basically the main message of Can’t Get You Out Of My Head was summed up by the David Graeber quote that was used at the begging and end: “The ultimate, hidden truth of the world is that it is something that we make, and could just as easily make differently.” Curtis has talked at length about his goal with his films, or at least his more recent ones, being to push the viewers buttons emotionally, so the series works really well in that sense for me. By looking at the personal stories of Jiang Qing, that transgender lady from the 60s, the Chinese student who lost hope at Tiananmen Square, you get these stories that are both tragic and inspiring. These people tried to change the world and, in some ways, succeeded, but are depicted as sort of being consumed by the process. I’m not really sure where Curtis falls on the political compass but I really liked the series and how powerful and intersectional it was.

I don’t think there’s much to be gained from trying to decide what big political or philosophical label best applies to him (or, indeed, ourselves).

He clearly either doesn’t know or doesn’t care.

Ignoring my advice somewhat… I think it’s much more interesting to view him through an artistic lens. He’s basically painting a picture with video and audio and adding a sort of guided tour narration.

Or, to put it another way, watching his stuff is more like wandering around a gallery with a guide, than diving into a textbook.

I tend to pair him up with Jonathan Meades in that respect. Neither seem to be offering any particular answers, but are instead offering us perspectives.

And from there, we’re invited to reflect on what’s been presented, and then draw our own conclusions, rather than buy into some sort of doctrine.

Though, certainly, both seem to have a dim view of much of what those with power do with it. But where Curtis seems to wrestle with ‘wanting to believe’, Meades seems to very much not.

And at this point, I’m my aware that that’s a focus on two old white guys, and there’s certainly plenty to be gained by going beyond the worldview that will be embedded in them, despite whatever sense of rebellion they present.

So essentially, Curtis has some views that differ from classical Marxism? That doesn’t make him a conservative

It’s tricky to see exactly what Lain means by conservatism here but at a guess it’s the fact that by focusing on the culture and ideas as opposed to the material base of society it could be implied that either you don’t believe a transformation in that part of society is necessary to achieve a different future or to realize any of the freedoms that Curtis alludes to.

It’s also somewhat ironic to idolize Marx while questioning the notion of the importance of the subjectivity of the individual to propel societal change.

Fair although I think Lain is more interested in Marxism in terms of the analysis of history through the lens of class struggle rather than just the ideas of Marx per se.

he should really get on Vatican Shadow

ominous synth music with a focus towards Middle Eastern politics?

just give me a job Adam

A big part of Hypernormalisation was “and this is how Trump rose and that is not a good thing”, which doesn’t exactly sound Neocon to me.

I still need to watch the last one

Have watched the first two episodes of All Watched Over By Machines of Loving Grace on Amazon Prime recently. Seems a bit more coherent and punchy than the more recent stuff. Possibly because it was constrained by being on broadcast TV.

It was broadcast/premiered on BBC

Spicy take maybe but a lot of Neocons at least outwardly were not fans of Trump. Not least because a Trump administration, at least on the surface appeared to be a challenge to American international hegemony and because Trump himself seemed to offend their moral sensibilities.

Never Trump and the Neoconservative Persuasion

The key to the conservative revolt against Trumpism is its moral component.

I can believe that. There are so many people whose extreme views are built on a supposedly incorruptible moral compass… and what I’ve failed to understand is how many people are, for instance, deeply evangelical and yet somehow manage to overlook that Trump upsets pretty much every belief they supposedly have.

i’m an hour into the last episode but think i’m going to sack it, it’s utterly incoherent even by his standards

attempt 3 to get through ‘Cant Get You Out of My Head’ now. Though if I was unable to finish it in lockdown I’ll probably never be able to get through it