Albums that haven't aged too much

Listening to Scary Monsters by Bowie, and I’m always blown away by how modern it sounds. The guitar on it really just takes it to the next level imo

What else from years ago sounds like it could have been released today?

They were playing ‘Moonshake’ by Can on bbc6 yesterday. Didn’t sound remotely dated to me. Think that goes for a lot of 70’s Krautrock tbh, thought the same when i was listening to a lot of Cluster a while back.

I know that they made a whole documentary about it, but Death’s album still sounds pretty contemporary baring in mind it was recorded in '74/75 - interesting to think what they could have achieved if they’d actually had a push back then… 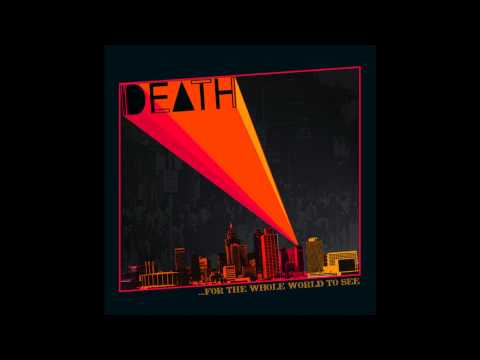 ‘Lost Souls’ by Doves doesn’t sound nearly 20 years old to me. The album has a lovely melancholy atmosphere and hasn’t dated at all.

Good tune that. Never checked this album out but off the back of that tune ill give it a listen

I guess in the grand scheme of things it’s not that old but Lateralus by Tool has what I consider to be a truly timeless production. Even 10,000 days from just 5 years later sounds much more of its era, and the earlier stuff has a distinctively 90s-metal sound (the ultimate example of what I mean by that would be Metallica’s black album).

Only listened to Scary Monsters for the first time last year. Sounds weirdly like Blur

Marquee Moon has barely aged at all. Still shocks me how long ago it was recorded.

I see what you’ve done there.

I think lots of things haven’t aged really. Basically anything that was good to start with and not too in thrall to whatever the production craze of the time was still sounds ok if it was made any time from the 70s onwards.

I was reading something about this other day - about how it would be perfectly normal now to hear music from the 80s playing in a cool bar or coffee shop but the idea that you would have gone in to a similar place in the 80s and heard music from the 1940s is completely ludicrous. Growing up in the 80s I found music from the 60s ridiculously old fashioned but I don’t think anyone would say that now about music from around the turn of the century. My kids certainly don’t have the prejudice against ‘old’ music that I had when I was their age.

I think there are a variety of reasons for this - there have certainly been less technological and stylistic changes in popular music in the last 20 years than, say, between 1965 and 1985. I think hip hop is the last genuinely new and significant genre of music to emerge and be really popular and influential- and it’s worth remembering that hip hop emerged at the end of the 70s, a decade that also saw the birth of disco, punk, metal, funk and electronic pop music. The ready availability now of all sorts of music through streaming also telescopes different eras and types of music together in a way that is genuinely new and keeps ‘old’ things ‘current’.

Huge Pearl Jam fanboy here but I think Ten has aged far worse than, say, Vs. which only came out a couple of years later.

Always feel that a lot of indie from the late 80’s sounds dated now, that ‘recorded in a cave’ vibe.

I mean it’s obviously a cultural touchstone so hard to separate it from that time but I think it would still be instant classic status if it was released yesterday.

This is probably the right answer though, isn’t it?