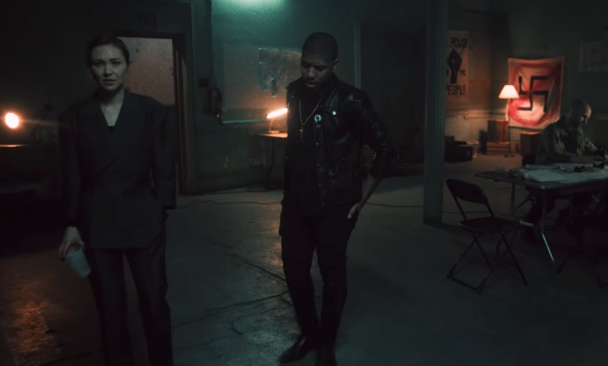 Algiers – “The Underside Of Power” Video

We named Algiers a Band To Watch back in 2015 on the strength of their self-titled debut. The politically-minded gospel-punks, now a quartet following the addition of former Bloc Party drummer Matt Tong, are returning in June with a new album called...

Rather enjoyed the debut, so interested to see how this turns out.

Very interested also. Iirc the debut was in my top 5 albums of 2015.

found a rip of this. pretty good so far.

update: it’s not bad, but I feel like this should be much better than it is. Maybe it’ll grow on me, but I wasn’t especially taken with their last album either.

I got round to listening to this today. I like it a lot. Possibly very a lot. Cry of the Martyrs is definitely a stand out at the moment.

Yep, an incredible album. So many great tracks and sounds and stunning vocals. Wanna hear it live now!

A little late discovering Algiers, so need to dig into the debut album too.

A brilliant album. Looking forward to further listens. I came across them accidentally when they supported Viet Cong at The Scala a few years ago. Great live too.

Was Matt Tong playing with Algiers by then?

Viet Cong/Preoccupations is another band I need to see, particularly having had to miss their Oval Space gig. I’m assuming they were great live too, right?

I don’t know if he was playing to be honest. I hadn’t heard of Algiers before but it was just luck that we decided to get an overpriced can at The Scala and see the support than a pub pint. Viet Cong were good but Algiers were better live probably as I wasn’t expecting such a good support act. Unfortunately I haven’t had the chance to see them live subsequently.

I found it interesting how many of the other positive reviews were essentially coming at it from Pitchfork’s “Is it timely a relevant?” angle, while Pitchfork acknowledged that it is timely and relevant… but not enough and not hitting with enough impact.

Ah, bless the Scala and its all too tempting, overpriced cans! Those cans knew best.

Warm cans of Red Stripe for £5.

Should be the slogan for The Scala.

There’s nothing more refreshing in a hot gig venue, where the walls are sweating as much as the punters. Delicious, warm Red Stripe.

Club Tropi-Scala where the drinks are warm…

We are pleased to announce a European tour in November and share the video for 'Cleveland'. Tickets go on sale on Friday. https://youtu.be/_FhcJTqJm98

Community room of the brudenell? Crikey