I wish I could say I was shocked, but this doesn’t surprise me given the interviews that “Ethan” gave once she left. Making out that she was nothing, no-one without him.

Also this is probably a good place to give this a boost:

A similar story, but with a British musician. A group of women came forward with similar abuse stories about him, and now he’s trying to sue them into the ground. Unfortunately you can’t write the name of the perpetrator because it could derail their legal campaign, but I’ll say the responses to naming him would be either “who?” or “oh yeah everyone knows he’s a shitbag”. So they’re having to crowdfund to pay legal costs. 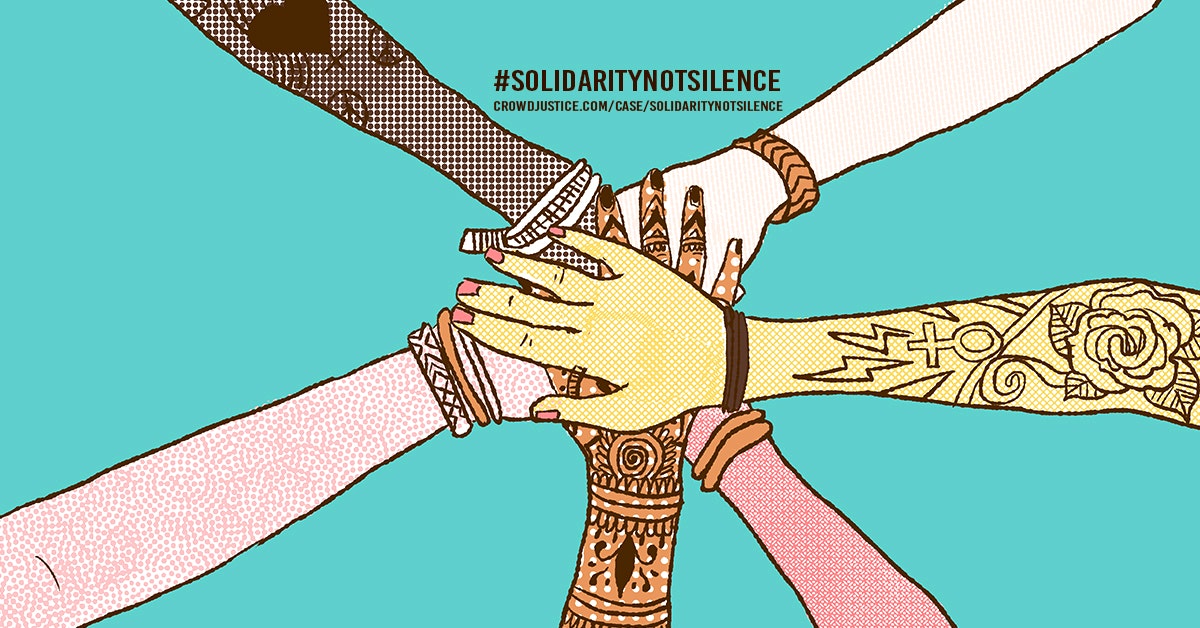 Women defend themselves against defamation claim made by man in music industry for statements that they made concerning his treatment of women. Group includes ex partner and feminist musicians.

Feel awful for her. Horrific stuff. Have many fond teenage memories tied to this band.

Yeah, don’t really follow Crystal Castles but remember him saying some crazy spiteful things after she quit. Holy shit though, what a subhuman scumbag

This paints a depressing picture of Ethan. With this statment and other bits about him it seems like he has constantly played the game for hype and success.

From basically fabricating and planning the ‘accidental’ song to lying about his age (admittingly common in the industry but shows that desire for success). To trying to completely control the image of Crystal Castles and try to centre the credit around him. Even the new(ish) album dedicated to Amnesty can be seen in a very cynical light. This has never been particularly hidden.

Obviously there are much more serious things going on though. The claims are extraordinary in their detail and lucidity. Making them a very painful read. They were never my favorite band but they meant a lot to a lot of people in my age group. It will be hard to listen to them given the context of a very unhappily and almost certainly highly abusive relationship between the two artist.

Ugh - had a horrible feeling about this given the statements they made at the time of the split.

That is so so grim. Fair play to her speaking up.

Here’s that cretin’s statement after she left CC:

“i wish my former vocalist the best of luck in her future endeavors. i think it can be empowering for her to be in charge of her own project. it should be rewarding for her considering she didn’t appear on Crystal Castles’ best known songs. (she’s not on Untrust Us. Not In Love, Vanished, Crimewave, Vietnam, Magic Spells, Knights, Air War, Leni, Lovers Who Uncover, Violent Youth, Reckless, Year of Silence, Intimate, 1991, Good Time, Violent Dreams etc.). people often gave her credit for my lyrics and that was fine, i didn’t care.”

Really showed himself up as a hateful bully with that. The extent of the abuse though… Sweet jaysis.

Jeez never really followed them but, as above, were quite a big band in my friendship group so I had seen them a couple of times. What a complete fucking cunt. Got nothing of merit to add but hope she gets all the support she needs and he can never find work again

I’ve donated to this myself - I don’t know for sure who the “defendants” are but I’m 99% sure due to the poster design.

Really grim reading.
I was in my early teens when Crystal Castles were a ‘buzz’ band and I seem to remember the NME pressing hard to establish a boyfriend/girlfriend narrative in interviews and features - can’t imagine how distressing that would have been.
Don’t know if that shitrag still treats all male/female bands the same way or if they’ve moved on at all in the last 10 years.

I definitely remember them being presented as a couple of similar age, not a schoolgirl and creepy older guy.

I’m the last person to defend the nme, but I’m sure it would’ve been the bands management pushing that. Might have some old press releases actually

Yeah, that is true

He has presented himself as a good 5 years younger then he is alleged to be. That would be the details on all the press releases and info. Its not uncommon to have actors with an ‘acting age’ would be suprised of there wasn’t some of that going on in music

Well that was a horrendous read.