He was bloomin’ excellent. An absolute icon.

Aye always a pleasure, big fan of Anna Calvi covering TV on the Radio and Suicide too

Yes, thought he was superb, great mix of old and new and the sound was really good. We got a good spot so stayed at East stage all day, really enjoyed all the support acts as well, especially Kae Tempest and The Smile. This has been a really good festival over all four years hasn’t it? Very very dependable.

Doesn’t everyone say every year that the sound is shite? Sure, that’s a London thing, but puts me off ever going. Particularly when there’s always so much overlap with Primavera.

Was fine this weekend

Never really had a problem with the sound as long as you’re willing to do a bit of moving around to find some clearer spots.

They just need to let people buy some form of weekend ticket rather than forcing people to buy multiple one-day tickets and I think they could quite easily nab some punters from other festivals. Not sure a lot of people could justify £700-£1k on Primavera/EU fests now but could be persuaded to do £400 on a weekend in London for this.

That’s a lovely song. I like what ive heard of her on record, was just a bit unsure live, but I would catch her again at a future festival if she was on.

Seems like it was better the second weekend than the first. Certainly everything I saw on Friday sounded great, and I didn’t see any complaints about sound on the usual channels for the other days last weekend (there were some however for the weekend before, so maybe they made some changes inbetween).

Stormzy is the first announced 2023 headliner, on Friday 18 August.

“a full day of music jointly curated by Stormzy and APE”

Could be good, that.

Edit: Apparently you can pre-order his new album to get early access to presale tickets starting Tuesday 15 November at 10am. IDK if it has to be from a certain retailer.

Tickets go on general sale Thursday 17 November at 10am.

A very strong booking there for them. Suspect it’ll sell out.

Could swear they had this line up last year 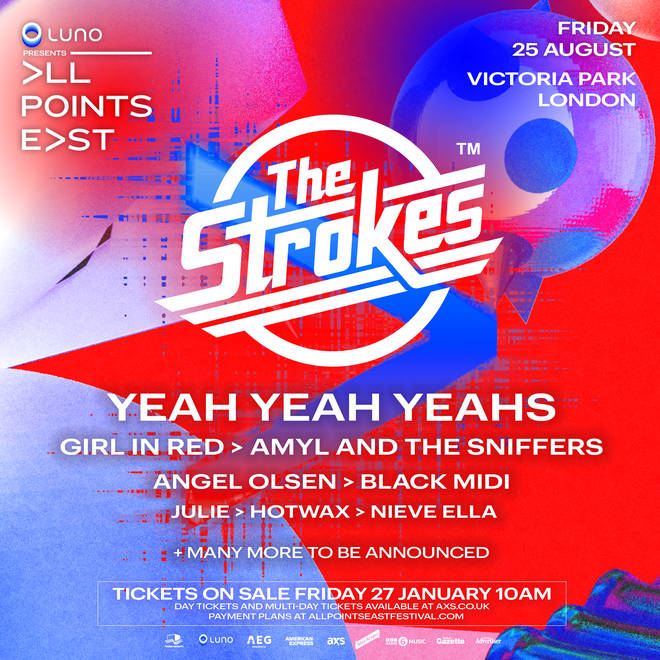 Also, did Amyl and the Sniffers blow up? Good band, but I’ve seen them a couple of times at festivals, well down the line up. I’d never have had them pegged as a bigger draw than Angel Olsen and Black Midi.

Yeah big 6music dad/gen z crossover fanbase now and they’ve really chipped away playing live and building up a good reputation. If they had a couple more catchy singles could easily be on an Idles type trajectory.

Ah, interesting, cheers. Guess I see Black Midi as a sort of biggish deal too, but at the same time, there’s a limit to how popular you’re going to be making the type of music they do. Hype that overextends the size of their fan base I’d imagine

Amyl are now big enough to sell out Brixton.

Angel Olsen’s obviously in that same category but Amyl’s name might be ahead there as they’re more of a festival band than Olsen.

I wonder if “Julie” is the band I loved at a pub venue in Shadwell last year. (But not The Kennel from the film I.D.)

Academy? Blimey. Seems like a shite venue to see a band like that too. Also their streaming numbers seem pretty low for a band of that size. Like 5/6 million on the biggest tunes on Spotify

Also, what’s with the ‘TM’ by their band logo. Bit needy to think someone will copy a logo they’ve not changed for 20 years. Unless it means sponsored by Ticketmaster and be prepared to be mugged off when we tour.

not The Kennel from the film I.D.

Eeee not thought about that film in years! Used to love it. Bet it hasn’t stood the test of time…