Dear all, After eight years of playing, laughing, driving, dancing, singing and generally having the time of our lives, we are calling it a day. We will be playing our last show at the Scala in...

Shame, I rather liked them, despite the daft name. Europe is a fantastic album.

Was just coming here to post that. Excellent band, there debut is still one of my very favourite albums which I return to regularly. Favourite memory is probably of a gig at the Brudenell on a dreary drizzly Monday night in the middle of winter which was just a lovely feel-good gig and (it felt like) no-one would leave until they did a second encore. Will be picking up ticket for the Scala, for sure.

They were probably semi-accidentally my most seen band live. A few years ago they were constantly playing gigs which were relatively cheap. I’ve seen them around 15-20 times. Good band but more fun live.

Sad news, but it was unsurprising given that they no longer all live in the same country and are busy raising kids etc.

Really proud to have put them on four times in Leeds, including the Brud gig mentioned above. They always made for such a fun show. Gutted I won’t be able to get to the Scala gig.

They’ve reformed and are doing some shows in England this year: 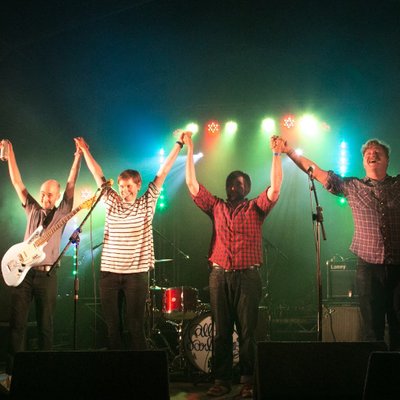 @allodarlinuk
On starting again: Allo Darlin’ played our last show in London just over 6 years ago. A lot has happened since then, some good, some bad. During those first confusing months of the pandemic, we spoke to each other often, from Norway, Australia and England... (1/5)

@allodarlinuk
We missed each other and we missed the music. AD started up in the days of Myspace, when a European or American tour could be organised by sending or by receiving messages from strangers. It was liberating and exciting. We found friendship, solace and love through music. (2/5)

@allodarlinuk
In the years we were active as a band, the musical landscape changed, and we got older too. It was hard, if not impossible to make a living from music, at least the type of music we made. This is even more true today. But Allo Darlin’ was never about being successful. (3/5)

@allodarlinuk
This year, 2023, Allo Darlin’ are going to reunite for some shows in England. We hope to make some more music together too. Life is too short to not do the things you love, to do the things that make life worth living. That goes for you too. (4/5)

Oh that’s great news, always thought they were underrated and though beloved by a few never got their due. Lovely people too.

ludicrously excited by this!

Their final album is over eight years old!

One of the gigs is going to be at Ramsgate Music Hall, as part of the venue’s 10th Anniversary celebrations. They were the first band to headline there back in October 2013.

The indie pop kids have melted the RMH website, but presumably in a really polite way.

Just constant spinning when trying to add tickets. This is not good! Where are my member privileges, dammit!?!?*

Have they released all the dates for this tour? I can’t seem to find them.

just the first gig back at ramsgate so far, they said they’re announcing a london show next week, then hopefully a bit of a tour soon after

Got there in the end. Four tickets purchased. I needed five, so one of my mates will have to step up and try and get their own. @allodarlinuk
So many of you have tried to buy tickets that we have crashed the @RamsgateMH website! There will be another show announced shortly, in LDN on 28 Oct. So don't panic! And thank you!

London is the following night anyway