amnesty for finding a way in to excessively prolific bands, a rolling thread of advice

so the other day i slung together a playlist of stuff by the various bands of jeff rosenstock, because it’s hard to explain to someone why he’s good if they just start going through the back catalogue: there’s a lot of average between the absolutely amazing. Same with Bazan.

So I figured this would be a good idea for a thread. what have you always wanted to get into but felt unsure how to approach, band-wise?

For me, it’s Deerhoof. There’s so fucking much. Are there eras of their music? Which are worth getting into. I refuse to believe it’s ‘all of it’.

Anyone who can help: thank you. But also, declare your own similar hang-ups!

I had this with Ty Segall, but this place helped me crack on from the stuff I already liked, and now I have a very decent playlist of my favourite bits and generally love everything he’s done.

I find that the HGATR threads provide a decent discussion on this, although if a band hasn’t been covered, then that’s little help.

I always thought that this thread should have got more traction:

Where to start with... (potentially rolling) Music

Couldn’t find a thread like this but it almost certainly exists doesn’t it. Feel free to link me to one instead Anyway, after the Feelies chat in the Velvets HGATR and how much YLT love them I’m well up for a deep dive. So please hit me up with (album) recommendations pls Feel free to use this thread to ask for recos for someone. Or don’t, I don’t give a shit

Anyway, there’s a Deerhoof thread here, with some suggestions:

Always loved them live but they never clicked with me on record… until recently. Got into Offend Maggie a lot last year and am listening to Runners Four now and loving it. Starting to think they’re one of the best bands. Talk about them in here

and a listening thread here:

Hey-ho. Regrettably I missed out on the Deerhoof live listen thingy yesterday, but I was thinking that quarantine sitch would be a good time to get another of these listening clubs going and (for me, personally) a good way of filling in a few of the discographical gaps in my 'hoof listening. As with other listening clubs: an album a week, possibly leading up nicely towards the release of the new one. At present, I have just the “main” albums (as below in a snippy snip from Wiki) but if anyone m…

The Fall. Pretty sure I know where to start tbh, finding the energy to start making inroads into a back catalogue that big is the main problem

Can I let you in on a secret, xylo? If a band/artist has a massive discography I don’t tend to bother with them.

that’s such an odd coincidence - first time i heard Lemon was last night after going down a rabbit hole. would you mind sharing that list ?

Best of the Beatles

see this is almost what i’m saying i suppose. without a hand-holder i won’t actually even approach back catalogues of that level.

thanks for this - i found the listening club one but i guess to me that felt quite overwhelming only because it was obv for people who were already in deep. but yes that where to start with is exactly what i’m after

I always thought that this thread should have got more traction:

I think it’s more the sense of duty that comes with it that puts me off. If I like one Ty Seagall album does that mean I have to listen to the rest? When am I going to find time to do that? What if I’m not really in the mood?

This is such a great idea for a thread. Thanks @xylo. I’ll be following with interest as I do often find if a band has a huge back catalogue etc i’m a little bit put off/overwhelmed as I never know where the best place to start is.

how dare he expect me to go through all this stuff, damn it! 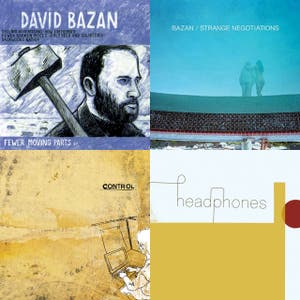 even with someone I like… Aphex twin for example dumping hours of music in one go… jeez. give us a chance.

I like to get to know some music… give it 5-10 spins before judging. impossible to do that with hour and hours (or days!) of material.

For me, it’s Deerhoof . There’s so fucking much. Are there eras of their music? Which are worth getting into. I refuse to believe it’s ‘all of it’.

With Deerhoof, I’d say the easiest ones to get into are the ones with more straight-up rock production. So albums like ‘Offend Maggie’ and ‘La Isla Bonita’ especially (the latter was my first, and the former is probably my favourite). Their other albums are great too, but the more electronics and that can make them tougher to get into as an introduction, I’d say.

‘The Runner’s Four’ would be a good intro too, though it’s also their longest by a long way

It’s what I don’t really like about surprise releases. I like to plan a little bit in advance what I’m going to buy / listen to these days, so surprise releases tend to throw me for a loop. It’s a big part of why I’ve dropped off Four Tet a bit cause he’s just so nonchalant about dropping stuff now

This a great idea for a thread.

I have a slightly different angle on the excessively prolific thing, because so much of my listening belongs to the experimental / noise / etc. world, where it is much more common for people to put out loads and loads of stuff.

On that note, if anyone would be interested in a primer on e.g. Kevin Drumm or Jim O’Rourke, or maybe some other noisy types, I would be happy to provide!

I get this completely, and the collecting nerd in me also sighs if it’s someone I really get into.