An introduction to your music tastes

One of the best features on Spotify is the ability to view playlists which bands have made of their influences or just songs they like.

Anyone interested in making a playlist of say a max 50 songs, 1 per artist, of what music has influenced or shaped your tastes and posting in here for people to listen to and comment if they wish

I’m not doing it but it’s not a shite idea, it’s just not something I feel comfortable attempting.

Aye sounds grand.
As long as everyone doesn’t act like a smug/judgemental arsehole.

But that was just a plucked out number, and it’s not a Music League thing where you have to judge and rate or anything, can listen to what you want

Yeah be up for this, maybe a bit of a smaller max number?

50 is too many, I don’t even want to listen to one song! Otherwise it’s a great idea

Could do it as a mixtape-swap style thing?

Yours would be the Why? greatest hits anyway

No, that’s mine. Hands off.

Never really took part in those swaps cause i don’t really know much stuff that other people aren’t already familiar with, so this one would be much more accessible imo

Almost certainly won’t do this because I don’t like making decisions, but I might listen to some. I think having one hour (or half an hour?) as the max would be good to account for different song lengths.

Yeah put as many as you want or dont want, 50 was just a plucked number and mainly so people werent sticking full albums on if they did it

I’ve done one. Don’t expect anyone to listen to it but it was a fun little trip down memory lane for me. Hard to keep the numbers down, they’re all tracks that meant something to me at particular points in my life even if I wouldn’t necessarily listen to them all these days. 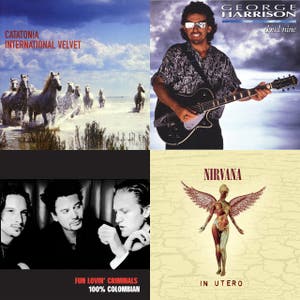 I started making one too and I’m stopping now or else itl go on for ages. Aside from one or two, kept proper obvious ones out 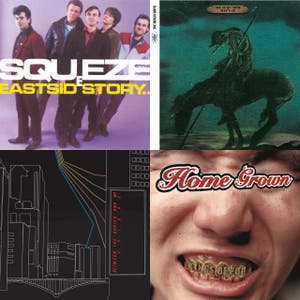