Thought of another bit I loved in that episode.

Bix basically being totally broken but hearing Maarva’s voice, the music and gradually starting to come back to the world. So lovely and poignant.

as a sort of ‘non star wars fan’ who has watched all of the live action stuff, i think it was my favourite ever star wars ‘thing’

Binged Andor yesterday and I think this sums up my view too - the series as a whole is easily the most interesting any Star Wars has been and the climaxes hit harder than in most of the franchise for me.

there isn’t a volume in the UK as far as I am aware.

They’ve had Stagecraft setup at Pinewood (Disney’s UK studio from 2020-2030) since March last year, although it was apparently barely used for Andor.

Wow that was amazing! Just perfect series storytelling, pulling all the various character arcs together around the core theme and then showing us a literal bomb that is going to go off when it all collides

Been covered above but Brasso smacking that empire goon with Maarva’s brick after he knocked over B2EMO is contender for best Star Wars moment right? I think my favourite one was when that ceremony happened

The bit that has really stayed with me was the little smile and wave from the torturer, Dr Gorst or whatever he was called, when Bix entered the room.

Tony Gilroy addressing accusations that the show is slow and boring People’s attention spans have been destroyed, can you imagine if they tried releasing something like Lost in 2022 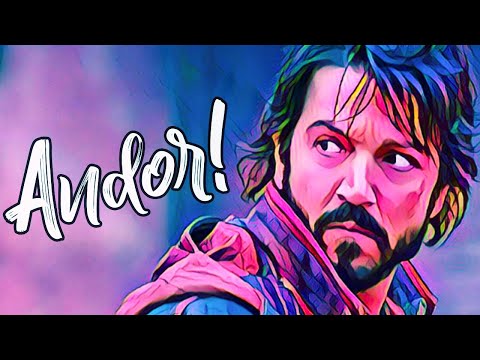 I think it’s been confirmed Andor was 99% shot in real locations or proper soundstages, and it looks grand for it.

Gilroy is doing an excellently job of making me forget just how thoroughly Disney had shat the bed since acquiring Lucasfilm. And to be fair Lucas had curled out a few first to get them going.

I’m wowed by Andor. I can’t even remember why I started watching it because I hadn’t been impressed by the Mandalorian and hadn’t even bothered with Obi Wan.

From the first episode it felt like a show that could exist entirely outside the franchise and go up against any prestige show. So impressive.

Can’t work out whether it’s this or Severance that will be my show of the year.

Looking forward to another incredible episode on Andor tomorrow, because obviously a show of this calibre is a 22 episode season.

There’s surely gonna be a bunch of behind the scenes stuff at some point though - Disney seem to add loads of that kind of thing to help fill the service.