Anglos a Sunday May Day edition

Trying to haul myself of the edge of the depression-pit with a day of eating and watching some films. Best In Show first I think then who knows.

Perfect for what? Snooker finals?

Unfortunately Mrs F is not a fan.

The “problem” is that they’re cheap, so you think you need more to make up for the size you think you’re paying for. Always happens to me too

Got a new sofa arriving. My boyfriend was like “why have you arranged it for today?”, to which I responded, “why didn’t you suggest a different day when I suggested Sunday and you said ok?” “Oh I mustn’t have been paying attention”

He took delivery of a box and came to tell me it was a lot smaller than a sofa. That’s because it was a different item in the order. So either the sofa is coming separately, or they fucked off with the sofa still on the van, or the sofa never made it onto the van. (No he didn’t ask them where the sofa was). Glad I’ve not done anything about getting rid of the old one yet.

It’s raining and grotty here. Been round a garden centre, got bits for roast chicken later (first roast at home since Christmas), apple and blackberry pie for pudding.

I’m going to the cinema so i wouldn’t know

Didnt know they showed snooker at the cinema

My rail replacement bus has a sign on the front saying ‘i am a train choo choo.’ There are also trainspotters taking pictures of the replacement buses. Very on brand for my hometown.

Supposed to go out for a drink again later but think i need bed. I love Betty’s! Yes I do

Cleaned the house
Took dog for a walk
Had a snooker nap
Now under a blanket for the foreseeable with a nonsense book.

We went to the science centre.

I am the big winner today: 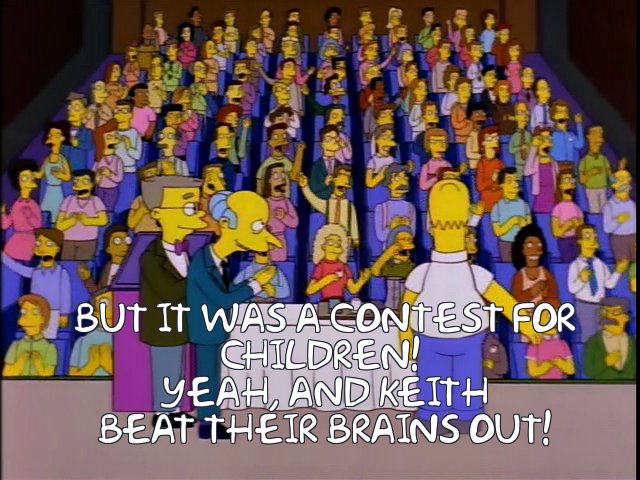 It’s so good. 1 main and 1 side is definitely the way to go though. Also great if you have somewhere to be, because man do they sort you out fast

Such a busy day after isolation! Today I saw: