Antisemitism in the UK and Beyond #SSP

Was going to post this onto the ‘descent into fascism’ thread, but that didn’t feel appropriate as antisemitic attacks are all too common across political systems. And with today being Holocaust Memorial Day I thought it might be useful to have a thread where resources can be shared - I’d definitely be grateful for any recommended reading or people to follow on Twitter etc. 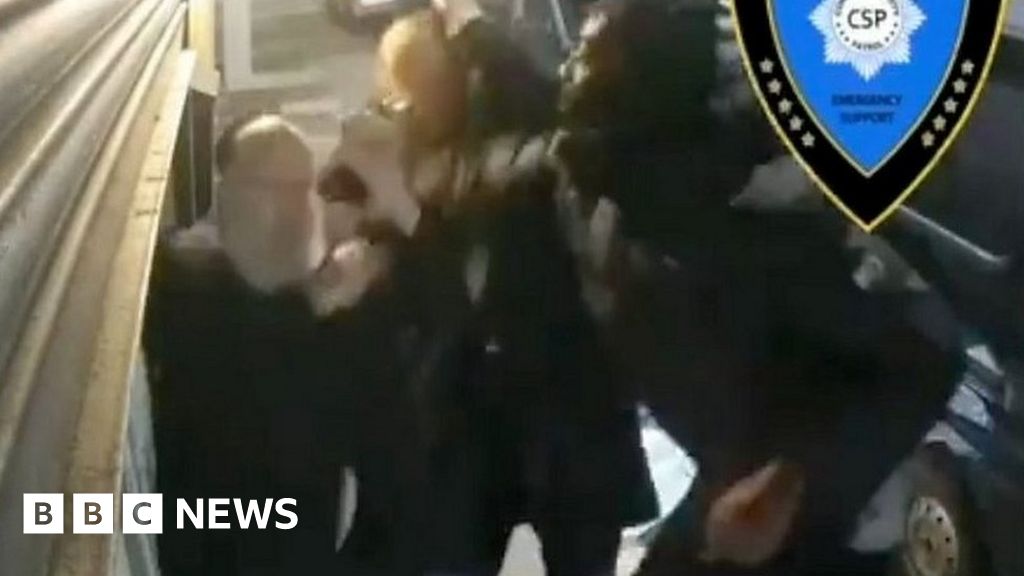 The two victims suffered minor injuries during the attack which police are treating as a hate crime.

This is really, really awful to watch, but I think it’s also important for non-Jewish people to watch to see the body language - how the assault was anticipated before it even happened. Jewish people should not have to live in fear when stepping outside ffs. Can’t even begin imagine how traumatic it must have been.

Thank you for making this thread. Saw this horrific attack and wanted to post it but didn’t know where.

I’m Jewish on my mum’s side but we’re secular, we don’t advertise it. I would never wear a kippah out in public and such an attack reminds me why. I hate to say it but antisemitism is pervasive throughout our society. Indirectly and directly I have experienced it throughout my life from school to my adult life, and the same goes for my friends and family.

In terms of recommendations, I know he’s hardly flavour of the month on here but Jews Don’t Count by David Baddiel really resonated with me. So many microaggresions and subtle examples that, to a large extent, go unnoticed yet insidiously contribute to the overall make-up of the prejudice that exists.

I would also recommend Luke Holland’s Final Account to understand how society’s ingrained antisemitism can be used for political gain, leading to mass genocide. 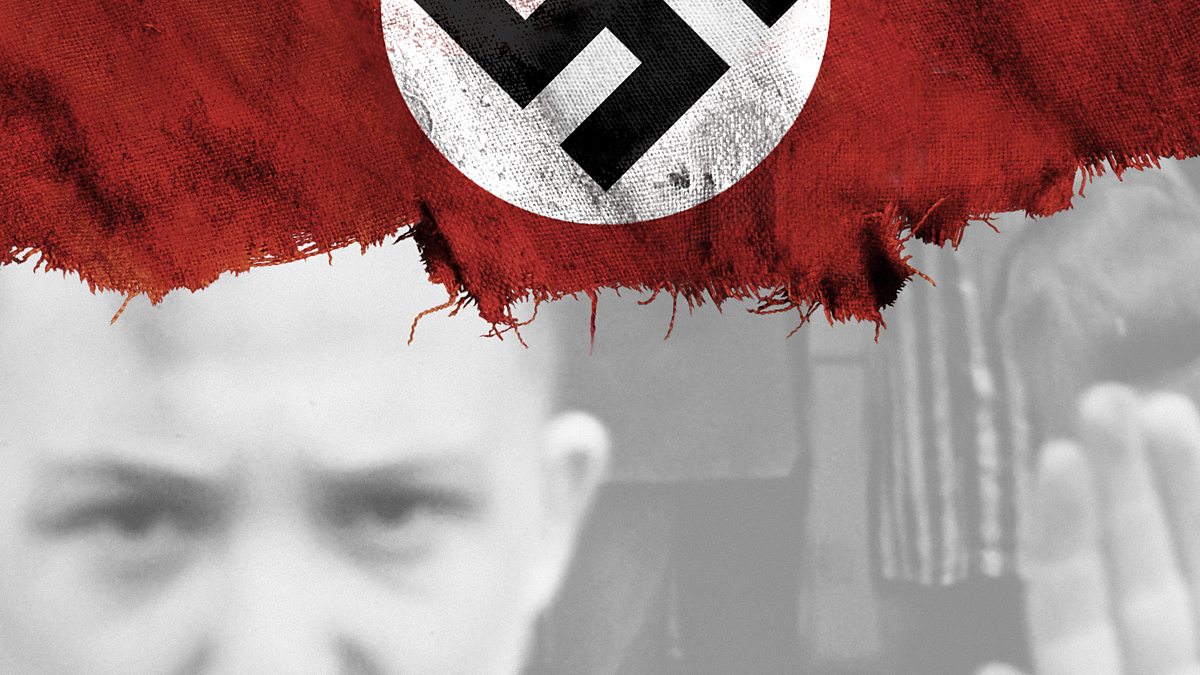 The last living generation of everyday people to participate in the Third Reich.

Being Holocaust Memorial Day, which is not just commemorating Shoah but all genocides, I would urge everyone to put a single candle in the window at 8pm tonight to show solidarity against intolerance

It’s a big problem among Muslims and many people conflating being against the practices of the Israeli government with Jewish people which is wrong. Muslims know that according to the Quran, Islam and Judaism (Christianity too) are faiths from God and Islam reveres the same prophets like Abraham and Moses, the two faiths are so similar that Muslims, in the absence of halal food, can eat Kosher. It makes no sense to harbour any feelings of antisemitism as a Muslim, Islam teaches that all faiths must be respected as we wish to be respected and there is a part of the quran that explains this explicitly, ending with “your religion is yours and my religion is mine”. The quran is of course, like any religious text, interpreted differently by others and some use the mentions of Jewish people who rejected Islam and mistreated the prophet (Judaism is older than Christianity and Islam is the youngest of all 3) but there are lots of favourable mentions of how Jews and Christians are “people of the book” and that the prophet Muhammad respected and admired Jewish scholars he met in Medina and their dedication to God in a time where idol worship (a massive sin in Islam) was rife. The ultimate message of the Quran is that people should basically focus on themselves and God and not hate others for being on a different path, but even within Islam there are huge and violent divisions between Shia and Sunni Muslims, its why there are huge tensions between Saudi and Iran, and a reason for the war in Yemen. It makes no sense imo because Muslims are all Muslims no matter what the differences are (based on who should have succeeded the prophet, his direct relative (shia) or someone chosen based on merit (sunni). Its a massive problem and I really hope that Muslim people let go of the antisemitism passed down to the point where its an inherited prejudice based on nothing substantial. There should be kinship between the two faiths, not enmity, and as someone who is critical of the Israeli government, it is 100% not related to being antisemitic or having any ill feeling towards Jewish people. even my surname is from
Kohen - Wikipedia, and many Muslims would find more cultural similarities than differences with Jewish people if they let go of their prejudice that has no place in a world where they want to consider themselves a good person - blurred cause I’m talking about my real name, nothing else

Wasn’t sure where to put this but in light of a US school boards choice to remove the book Maus from their schools, the sales of the book have soared and two editions are in the top 20, people are purchasing online and it’s back ordered (ours said delivery estimate of March).

More incidents in the same area 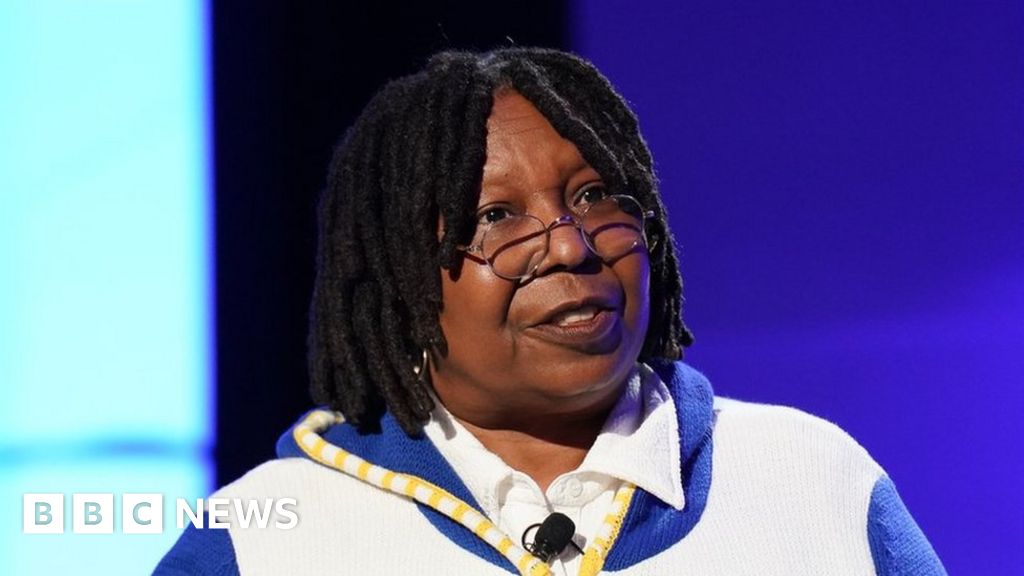 Whoopi Goldberg slammed for saying Holocaust not about race

The American TV personality later apologises after saying the Holocaust "was not about race".

Came here to post this. Just totally deluded. She’s done a non-apology too.

Quite hard to know what to make of it, coming from a black woman who identifies as Jewish

Always thought she was a good egg too.

Oh man, I didn’t even know the latter part. That does make it more complicated. But to reject that the Nazis and now neonazis are very explicitly talking about “blood purity” or whatever bullshit, that it is very very explicitly a race thing, is really wilfully ignorant imo.

@Funkhouser I did too, until a few years ago when she defended Roman Polanski with the infamous “it’s not rape-rape” quote

I think it’s a really sensitive topic, and not one which I have any kind of authority on, but this from Haaretz makes me uncomfortable citing it as a mitigating factor in regards to remarks about the Holocaust and the resulting generational trauma.

“Goldberg, born Caryn Elaine Johnson, has no Jewish ancestry, but adopted her stage name to be deliberately Jewish-sounding, in part because she has said she personally identifies with Judaism. She told a London audience in 2016, “I just know I am Jewish. I practice nothing. I don’t go to temple, but I do remember the holidays.” In 2016, she designed a Hanukkah sweater for Lord & Taylor.”

Can’t make it up.

How do you do something that involves that amount of work without thinking it through or consulting anyone??

I’m assuming that’s the top story on r/nottheonion, because it’s the most Onion-like thing I’ve ever seen IRL.

I know you shouldn’t but I LoL’d.

Thought it was bad enough if battersea power station had done it on their own but at least 2 groups of people have signed off on this without seeing the connotation. Baffling

Oh my. That is just baffling… 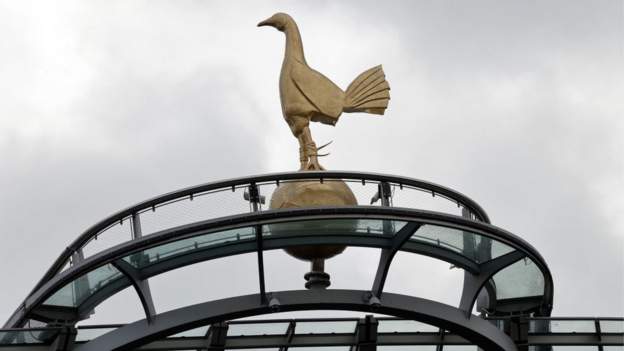 Spurs ask fans to 'move on' from Y-word

Tottenham ask supporters to "move on" from using the Y-word after conducting a review of the term among their fanbase.

As a Spurs fan myself I’ve struggled with the use of the Y-word when watching Spurs. I understand why it’s been adopted as a way of ‘reclaiming’ the word, but it is an antisemitic term, and whenever I hear it chanted it is so jarring. As David Baddiel once pointed out, a club’s fanbase predominantly made-up of black people wouldn’t chant ‘N-Army’ as a badge of honour, so why use the Y-word in the same way?

Needs to be dropped. Hopefully it will.