Antisemitism in the UK and Beyond #SSP

I know it’s not quite the same (i.e. it’s not about nations) but Muslim people do get asked to make statements distancing themselves from Isis or Al Qaeda for example. I don’t know if Catholics get asked to do the same with child abuse in the church in the same way.

Not on sexual abuse but I’ve been asked a few times what I think of the IRA unprompted including by colleagues.

mean, you wouldn’t ask Muslim people their opinions on Afghanistan or Yemen or Qatar based upon the fact they’re Muslim

Muslim people are constantly asked their opinions on ISIS, Al-Qaeda etc though?

I once had a boss who asked if I’m “of the hebrew persuasion” then let me finish at 3pm every Friday because some legend who’d worked there before me said it was necessary for his religion.

But also, yes, the questions about Israel almost immediately after saying I’m a Jew - “what do you think of Israel, then?”

Muslim people are constantly asked their opinions on ISIS, Al-Qaeda etc though?

Yep, and it’s widely accepted by most sensible people that it’s not on.

yeah I guess there is a difference in that someone asking a muslim about things in other countries they have no connection to is likely to be a dodgy EDL type, whereas someone expecting a jewish person to give views about Israel and then taking issue with their views are likely to consider themselves more progressive types, which is Baddiel’s whole question. I am not trying to excuse it as I agree it is wrong, conflating Israel and jewish people is anti-semitic, but as for why that difference occurs, I think if there was only one country in the world with a majority muslim population and the only officially muslim state involved in similar conflicts isreal have had then some people would ask muslims about it, they would definitely be wrong to do so. Just to be clear I definitely think it is wrong and anti-semitic, but I don’t think it is a unique thing, ethnic minorities are always lumped together, generalised about, blamed for the actions of a few, this is just one expression of that wider tendency that has been shaped by different circumstances. again not trying to excuse it

Yep, and it’s widely accepted by most sensible people that it’s not on.

Tbh, I do think this is far more widespread, including in supposedly progressive spaces, than this makes it sound (indeed I know people who have been subject to this behaviour). But I also absolutely get that there is antisemitic expectation for Jewish people to comment on/apologise for/vocally support the state of Israel across the political spectrum, with the ‘apologise for’ bit being particularly prominent on the left.

I have made the mistake (at least in my view) of using ‘you wouldn’t say that about x’ or ‘that wouldn’t happen to y’ in the past when talking about the injustices faced by trans people, but I don’t think it helps anyone and just creates barriers between communities that should be uniting to fight prejudice. We are all more aware of prejudices we face and more likely to miss prejudices we don’t face so comparisons between characteristics is always going to be messy territory.

I think the thing about the “you wouldn’t say x about y” type arguments is they are, obviously, by their nature, completely unverifiable

Just to add to this, that is my main issue with Baddiel’s argument beyond his own rather nasty history, it is far too “vibes” based.

One of the areas that he brings up is how there’s no separate category for Jewish people in NHS classifications. There’s a couple of failures of basic fact-checking and rigour in saying that - the first is that very often it is included, and the second is that where it isn’t included, it’s because that’s what Jewish groups asked for at the formation of the NHS just after the Second World War. And you can understand why.

Now, this policy may seem like an overreaction in 2022, especially when we understand more about the genetic predispositions of certain ethnic groups to particular conditions/diseases, but it’s still a policy backed by the BoD.

Anyone with any knowledge of the NHS and public health matters of Jewish people would know this, and it’s one of the things that betrays Baddiel’s lack of care, and willingness to go off hearsay - he talks to friends and blowhards, and researches via selective twitter threads, rather than analysing with with any structure or control. Jewish ‘ethnicity’ split for next census

Exclusive: 2021 survey for England and Wales will not include a 'Jewish' option under ethnicity

I mean, you wouldn’t ask Muslim people their opinions on Afghanistan or Yemen or Qatar based upon the fact they’re Muslim. It doesn’t make any sense to do that.

As a Muslim, this happens a lot 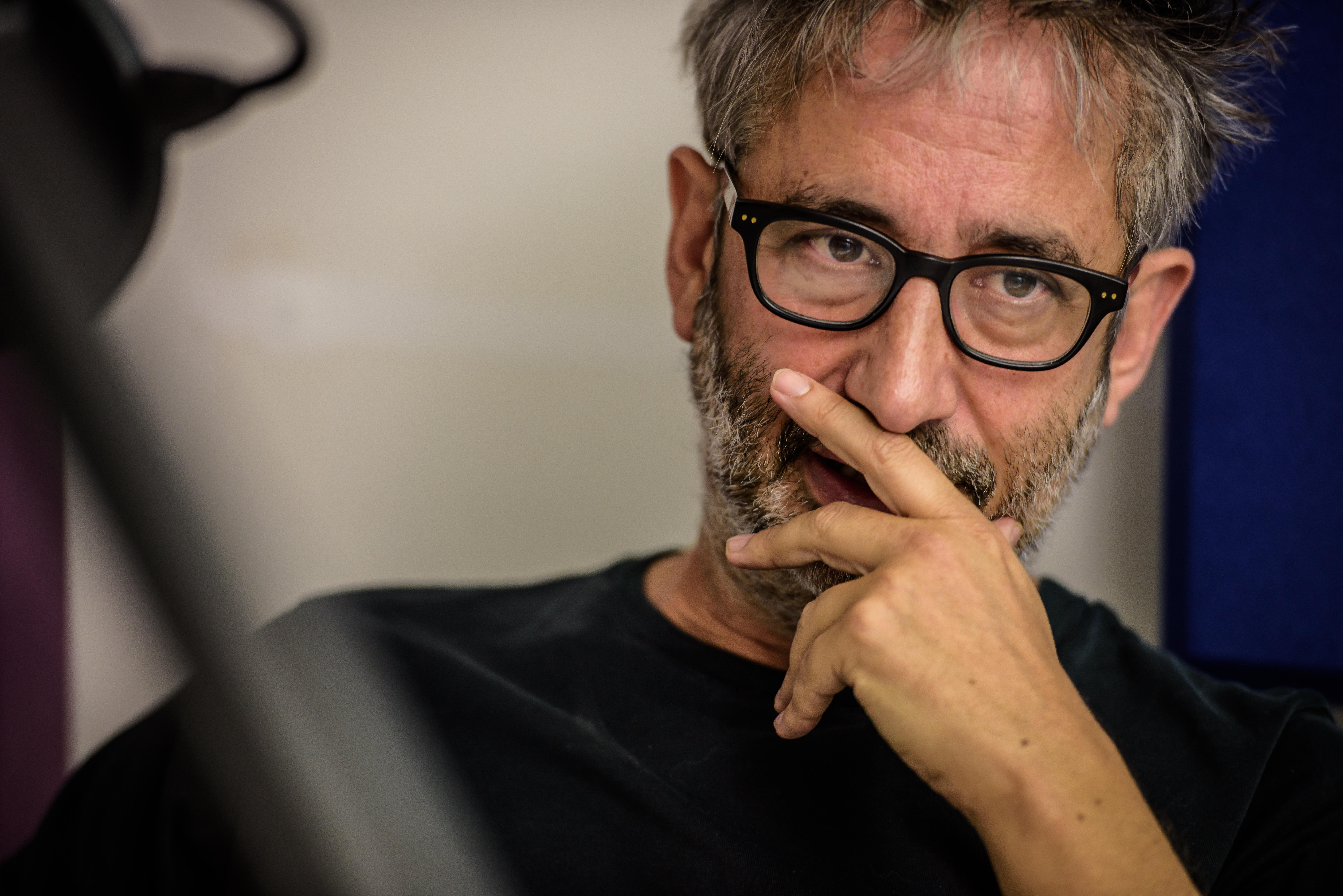 Rivkah’s is such an important voice right now

I thought this article was really excellent

“It’s interesting for me as a biracial person,” she tells her uncle. “I can’t hide the fact that I’m Black; my Dad can hide the fact that he’s Jewish. In America, if my Mom gets stopped by the cops in her car, I’m a little more worried than I am if my Dad [does].”

What follows is a spectacularly awkward exchange. Instead of accepting what his niece is telling him, what she knows from her own experience to be true – that anti-Blackness and antisemitism have very different material consequences in modern-day America – Baddiel refutes Dionna’s implication that Jews like him benefit from racial passing. “Actually,” he tells her, “a lot of Jews had to change their names, in showbiz but also just in life, to get jobs early on. There are whole websites now dedicated to […] unearthing Jews, right? Because the racists think, ‘Yeah, Jews are passing, and we need to stop them passing. Do you see what I’m saying?’” Visibly stunned, Dionna says something about how “hateful” people can be, and the interview ends abruptly. One wonders whether she might have been a little affronted by the comparison.

Haven’t watched it yet but this is what i expected really.

Rivkah’s is such an important voice right now

Just totally going for it now 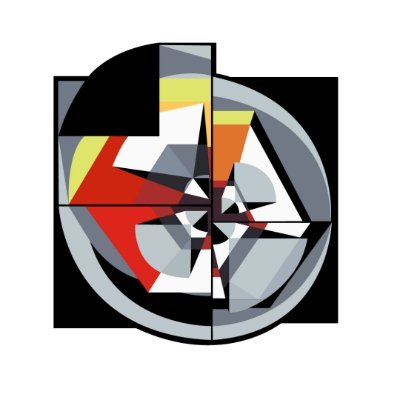 @jordanbpeterson
Jews are canaries in the social coal mine. When anti-semitism becomes a moral necessity (even in its subtler forms) hell is about to make its appearance yet again. twitter.com/swipewright/st…

Kanye West just stormed out of a livestream on @Timcast because Pool refused to go along with West's antisemitic and conspiratorial assertion that Jews control the corporate press. https://t.co/TRD7snV3zk https://t.co/OXHiTGVmaM
1101010 29 November 2022 21:31 #117

I honestly can’t even work out what the Lobster King means there. I wonder if he even knows.

The guy he’s quoting is pure scum fash, and given most of the replies to him are full AS I’m going to assume he endorses that, the shithead.

I honestly can’t even work out what the Lobster King means there. I wonder if he even knows.

I’m confused by it too, the ending of the word salad seems to suggest antisemitism is bad but right before that he calls it ‘a moral necessity’?

Why is he so fucking weird

Someone in the comments claims he’s saying when someone like Kanye believes he is morally right in being antisemitic it’s a sign of hell. Even if that’s correct it still shows JP up as a complete pseud for being unable to express that.

Is it some kind of “Nazis were left-wing” thinking bullshit?

I’ll be honest that much as I hate Peterson, I am fairly baffled here. This mostly reads as a thing against antisemitism to me but then the people he lies down with are clearly the fash if you look at the comments to it, which are mostly people acting like Kanye is asking ‘important questions’. And even if JP understands that AS is bad, he’s also one of those guys who thinks ‘free speech’ means debate is important so I’m sure he will happily hang out with antisemites because for him it’s just a difference of opinion, or some such shit.