Anyone any good with fixing ipod classics?

My trusty ipod appears to be conking out
When i plug it into itunes, it says that it cant read the contenta of the ipod. The only thing ive foind online to solve it is to rename a file in the drive but I dont have that file (a backup of the database). Anyone have any ideas?

If the device has conked out, is there anyway i can save songs from my ipod to my computer?

Can you do like a format on an iPod?

I have used a programme called iRip which essentially reverse syncs so that files on the ipod are saved on your computer.

It’s entirely possible one of those phone shop type places might be able to help. The apple specialist ones.

I’d bloody love an iPod classic again. Something lovely about having your own offline collection everywhere.

I’d bloody love an iPod classic again. Something lovely about having your own offline collection everywhere.

^This
Quite pleased with my 128Gb iPod Touch tbh, although only because I didn’t have to pay for it. Otherwise, it’s exorbitantly expensive vs. the 160 classic

After getting a decent smartphone with an big SD card I’m just on Spotify now with MP3s for stuff that’s absent. But I really miss curating my iPod, seeking out CD bargains to rip and I dunno, not having to battle with the internet all the time when listening digitally.

Are classics fairly affordable now, then?

Totally. I’ve got an 80Gb 5th generation iPod that’s still going strong after about a decade and I can’t imagine not having my whole music collection to hand offline.

Cheers ill have a use of that! Is it quite simple?

Not too sure im a bit of a tech dunce!

Its worked for like 12 years and just started doing this
I dont wanna lose it!!

After 12 years there’s a very real possibility the HDD has just died. I mean that’s a massively good innings for that piece of kit. In which case you might have to go through this 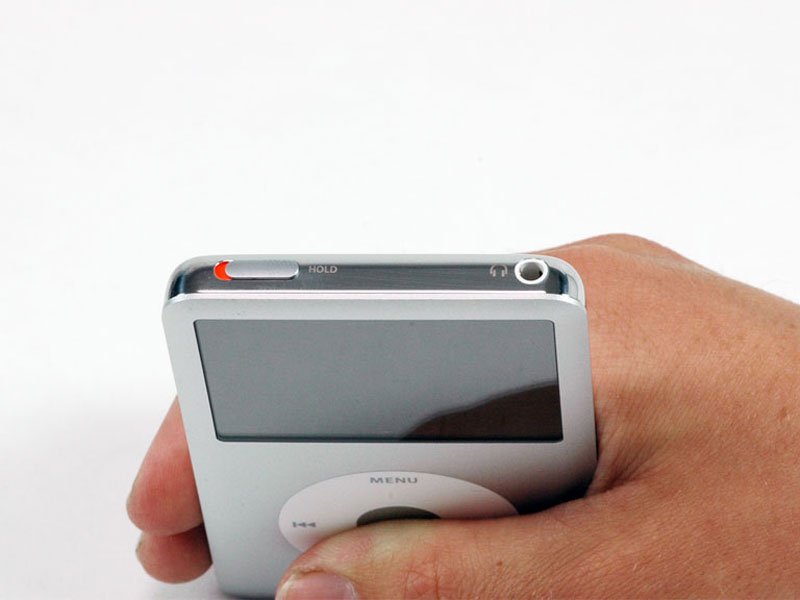 Upgrade your storage with a new hard drive.

with a new drive (which you can buy).

Although yours is 5th Gen I’m guessing so getting into it may be easier than shown there?

Argh i thought as much
Tbf itl be alright if I can get the songs off it onto my computer, spent hours uploading them from.albums when i was younger ha

yep. This happened to mine. Hard drive was dead. Took it in to the apple store and they sold me one for about 80 quid I seem to remember ? I think because it was out of warranty but still in some other sort of Apple time frame for cheap replacement. Worth a try.

Don’t think I’ll ever forgive that company for stopping making what was easily their best product.

Argh i thought as much
Tbf itl be alright if I can get the songs off it onto my computer, spent hours uploading them from.albums when i was younger ha

I got my other half a fifth gen iPod for Christmas about 12 (?) years ago, when I was “between jobs” (aka just after I got sacked and before I found another one). I spent about a week stopping over at her flat in Crystal Palace, and then when she went to work I loaded stacks of her CDs into my hiking rucksack, hoicked them across town to my flat in Hackney, loaded them all into iTunes and then carted them all back across town to her flat again (replacing them back in the rack in correct order of course).

Hard work, but on the plus side I think it’s the only time I’ve ever managed to make her cry with happiness.

Following on from my last post, the iPod classic in question is now failing. The headphone jack seems to be nearly broken and the screen has some artifacts on it. As I understand it you can get those things fixed for a price, but I’m also considering a clean break to an iPod Touch. How much of the reported space can you use for music, assuming the owner wouldn’t want to use it for anything else? I think what you’ll find is that they’ll offer to do it, but for a ridiculous price.

Hmmm yeah. Ill do some more trawling online before resorting to that, and try some more budget shops.