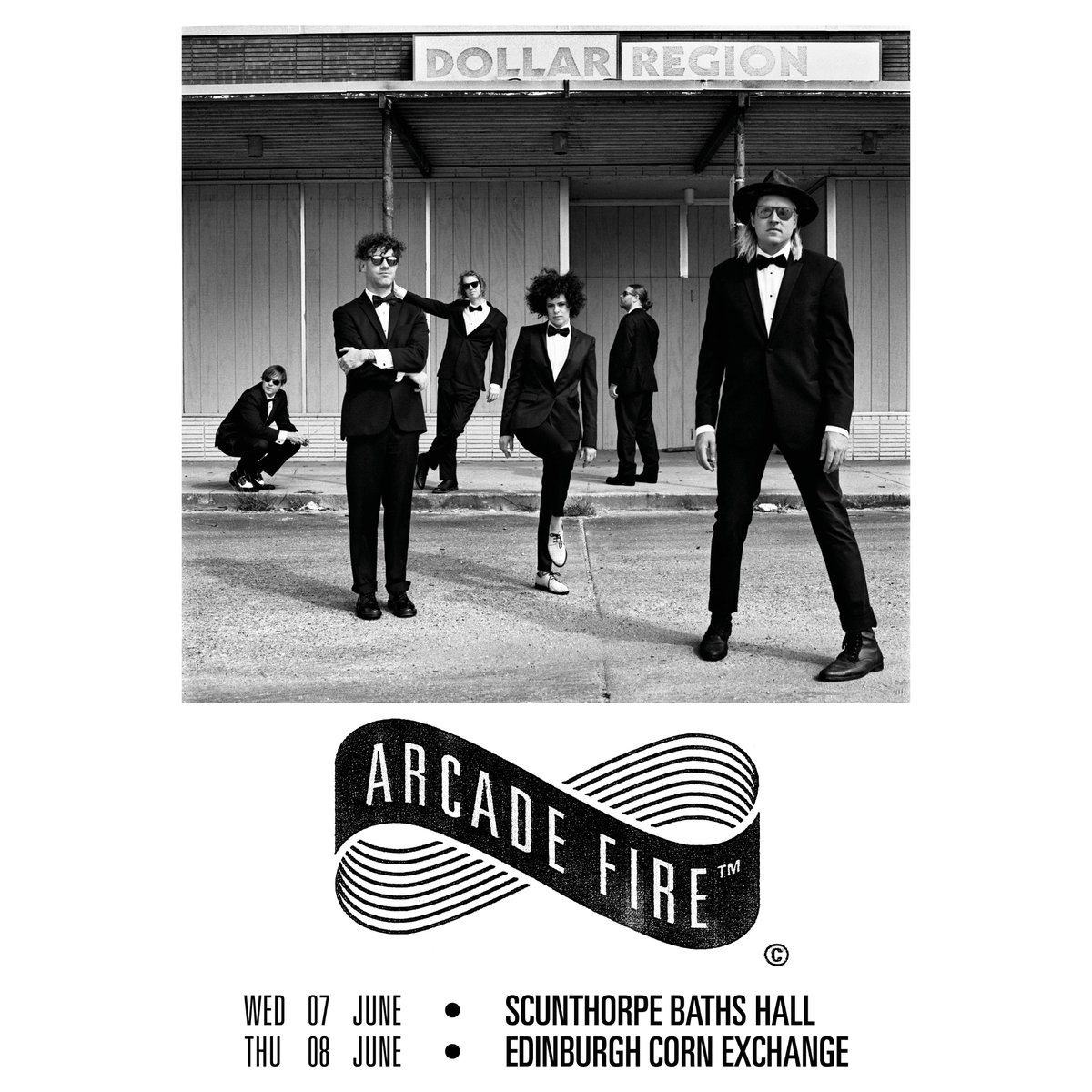 Ugh man, one of the best live bands I’ve seen and the Corn Exchange is literally the world’s worst venue.

went a bit Bono hasn’t he…

He is a bit of a prat. Not sure why anyone cares so much that he is though.

already seeing them in Belfast in a few weeks. the promoters have somehow decided that The Kooks are an appropriate support act

The fuckin corn exchange?! Get back to the barras ffs

Saw that. It’s putting me off going.

already had my ticket ages ago. i’ll just arrive late probably. it’s only across the road from my house anyway.

Funny thing is, they probably are an appropriate support act for the audience AF will attract nowadays. Millennial U2 innit

last time i saw Arcade Fire in Dublin a couple of years ago they had the Pixies supporting them, so this is something of a step down

Yep I was at that one too - the difference is crazy. The Kooks are just diabolical. They will no doubt go down a treat with “Johnny One Gig A Year WHile Off His Face In A Field Not Listening To Music And Only Attending For A Laugh” though

Even Usher Hall would have been good, Corn Exchange is a fucking disaster!

Aye, don’t get me wrong the Kooks are rubbish, it just reflects where Arcade Fire are at in terms of broadness of appeal (rather than quality of music), coming off a string of chart topping albums

I don’t care, I just find it amusing/mildly nauseating

dont know what to expect from this new stuff, but tbh, they could make utter shite for the next 40 years and i’d still love them with all the goodwill they’ve got stored up from the first 3 albums.

anyone else find it weird that they apparently played 6 new songs at a show the other night, and pitchfork still havn’t uploaded any grainy iphone footage of any off twitter via consequence of sound?

Tried for a Scunthorpe ticket but got absolutely nowhere. Already sorted for their Castlefield Bowl gig but I don’t think it will be the same outdoors in daylight.