Are you a cuckoo?

Hadn’t really thought about it before, but all very similar now you mention it. Weird. Some of us have pretty much the same profession, we like doing the same stuff, like hanging out together, even the ones with a different Dad.

Politics wise all the same too, although my brothers new girlfriend is Old Bill which we have been giving him lots of shit about in the family WhatsApp group.

Very cuckoo in comparison to my sister who once asked ‘if you got married would you play weird music’ and we have quite a different personality and approach to life (we get on well though since we became adults). On the whole family side I kind of have a little overlap each of them but have the least in common overall.

On the animal reference point a guy a work used to call me a chameleon as I could fit in to differing groups no matter the topic. I think he didn’t understand the importance of listening rather than forcing a topic and also the role of alcohol.

Other than looking the same and having gnarly hay fever I have nothing in common with those people. And they take that personally

Hope @shrewbie is enjoying this

I reckon a combo of work experience in 6th form where I was lucky to meet someone really passionate about music had a massive impact on my interests and the internet shaped some of the wider parts which helped to have that heading into uni.

Reckon closest family member is my aunt, but that is more so now as we talk politics, sci-fi novels, sour music and what she’s been listening to on 6 music (she was a 70s punk).

Politics is probably mainly aligned and that is where I’ve always been alike, a left leaning family but to varying degrees. Majority worked at the NHS which I did try to join after uni

Edit: forgot to say I reckon my parents don’t see it that way and that they made decisions and put focus on my sister & I having different experiences so we could make our own decisions. Plus we are the only two in the family that went onto higher education. So it makes sense the way things turned out

probably about 80% of my family on both sides are tories, the spanish equivalent of tories, or just plain old card carrying fascists. think the only thing I thing I really share that seems to be universal is an interest in food and cooking, basketball, and a tendency towards massive depression, alcohol abuse and obstinacy.

probably a lot like my dad though in that we’re both happy to more or less be passengers in life and both enjoy disco music.

my sister has been to an animal collective gig tbh.

similar in the first handful of poll choices to varying degrees? defs not a cuckoo, just that I’ve taken influences and gone even further with them

so me, my two sisters and my mum are my close family

politics-wise, we’re all varying degrees of environmentally-concerned socialists, but my mum has some dodgy boomer politics + my eldest sister will believe in any old shit

the younger of my older sisters is pretty much the same as me, and has become moreso as she’d realised everything I’ve always gone about is sadly true

I got musical influences from all three (the ones from my closest sister came from our eldest sis to some extent anyway), but I went supernova in my interests

films, telly, we enjoy a lot of the same stuff, but again I went off exploring the farther reaches

same with all of this, really

personality + looks-wise, I’m the most like our mum out of all of us, but one of my late aunties was very surprised when she saw me for the first time in 25+ years (my mum fell out with her big time).

Pretty similar to my family in most ways but they are definitely more prejudiced in certain areas and not so progressive, that’s the main area we differ on

yeah, pretty much everyone in my family apart from me and my sister have worked in the NHS (I did work experience in the NHS though, does that countI?). Mum and Nan were nurses, my dad was a porter, my two other grandparents were cleaners. my Irish grandad was actually a patient when he met my nan, too.

Do you have any theories on what made you different?

I think us cuckoos need to take credit for breaking the mould. It takes character and courage to not follow the obvious path laid down by those around you and forge your own way in the world.

Do you have any theories on what made you different?

I’m a lot younger than my brother and sister and they lived in several different countries before I was born so their upbringing was totally different to mine. They went from wealth to poverty to wealth to poverty all before I turned up, they had to learn four different languages at various times and they left for uni when I was just starting school, whereas all I ever knew was the house I grew up in. Don’t think they really realise how different my childhood was to theirs, and I sometimes find it hard to relate to them because of it.

This probably sounds harsh on my family, I don’t mean it to

I am 100% the black sheep, very different to my family in almost every way apart from strong facial similarity.

I am seen as the boring one. The one that is no fun. My mum and dad and my sisters all put a lot of importance into going out and getting drunk every week (none of them are alcoholics btw) and that’s not how I am. They all live very much in the mindset of “just do it, it’ll be fine, deal with any consequences later” whereas I’m much more cautious and this is a major source of friction between us all.

Usually one of them will ask me to do something spur of the moment that they’re all excited about and I have to be the one pissing on everybody’s chips because I have responsibilities and have to be sensible.

All of my interests are totally different to theirs. I still remember when my first girlfriend broke up with me and I was in tears for days, my mum asked me why didn’t I go out to a normal night club and meet normal girls instead of going to the weird metal club and hanging round with the odd goth girls.

I feel like I’m a constant source of disappointment to my parents because I’m so different to them. It’s probably not the case, and despite what it may sound like, I don’t at all think they’re bad parents but I would just like them to be able to understand me a bit more.

as all scousers are required to be by law.

depends, imo. all my scouse family are dour as fuck. have that beatles-esque monotone scouse accent too. think its south liverpudlian accent. scousers with the other ‘traditional’ jamie carragher type accent are big jokers by law, yes. 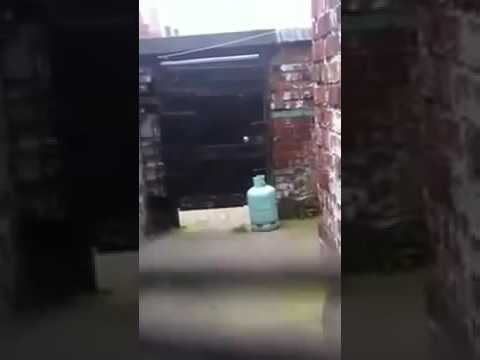