Artists Who Influenced Other Terrible Artists

I reckon Mr Scruff is to blame for Electro Swing 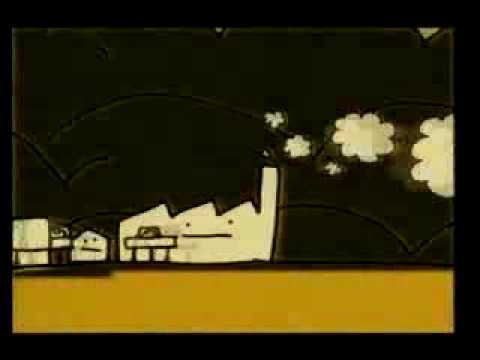 I suppose Korn have a lot to answer for. Maybe Rage actually, as they were consistently great but everyone thought it was easy.

The Libertines single-handedly turned every music magazine shite in the early 2000s. So many shit bands that everyone wanted to say were the ‘next big thing’.

Every artist has influenced someone good or bad. They’re all responsible

Well there you have it.

I aim to please

Since most bands are rubbish it stands to reason that influential bands have influenced lots of rubbish bands.

There are some bands who are particularly ill served by their followers though - a couple of good examples are Steely Dan and Van Halen.

All through the eighties every bland, beige ‘adult oriented’ act would throw in some smooth jazz stylings and a saxophone solo and every lazy critic would say they were like Steely Dan, to the extent that I was always so certain that I wouldn’t like Steely Dan that I never bothered to listen to them. Years later when I did I was surprised to find out they were fantastic and that the sly wit, ascerbic cynicism and musical genius of their records had almost nothing in common with those imitators, who were just trying (ineptly) to copy the surface and missing the point.

80s ‘hair metal’ is almost entirely a ham fisted attempt to copy early Van Halen (although Kiss are also partly to blame) and it is of course the most loathsome and pointless music ever. Those early Van Halen Records with Dave Lee Roth are, however, just a blast from start to finish, especially the debut which is one of the best fun records ever. You have to forget about all the awful stuff it influenced in order to listen to it though,

I think At The Drive-In are potentially partially responsible for loads of shit emo bands.

I just remember hearing One Armed Scissor on Steve Lamacq and subsequently buying Relationship of Command - at 15 years of age that stuff was the best I’d ever heard. It was raw as fuck, and just completely fucking original for someone just getting into music.

It was the days of Audiogalaxy, when you could get recommendations of stuff to download based on your favourite stuff. All of the bands it was suggesting I should listen to were fucking TERRIBLE. Thursday, stuff like that. Whiny guff that couldn’t hold a candle to ATDI.

Radiohead clearly gave us both Coldplay and Muse, FFS!

(Of course both those bands started off using drums which is a cheat really.)

can’t hear much similarity between Radiohead and Coldplay. Unless you mean very early Radiohead,

Of course.
Coldplay are like all the acousticy tracks off the Bends and Muse are like the rocking ones, when they both started out obviously

Thom Yorke’s vocal style is certainly responsible for a lot of annoying imitations. All those weedy white boy indie singers struggling at the cracked top of their range.

Surprised no one has mentioned Nirvana. I’m not a great fan of Nirvana’s music, but it was original and it was sincere. Unfortunately in their wake we got Seether, Nickelback, Creed, Lifehouse, Three Doors Down…

I think Jeff Buckley is equally responsible for weedy white boy singers, if not more so than Thom Yorke.

Also I think Tears For Fears accidentally invented the arse end of Britpop and indie with the Beatles-worshipping Sowing The Seeds Of Love.

I was also 15 when ROC came out. What a time to be alive

Nirvana are the only good ‘grunge’ band (no arguments please, this is correct) and it’s a shame their success opened the door for the absolute shower of shit that is the rest of the genre.

Butch Vig has a lot to answer for.