Artists Who Rework They Are Own Songs (Andythine)

What are your thoughts on artists who revisit they’re old songs and have another go?

Like with Car Seat Headrest having another go at Twin Fantasy.

Or Cake having different versions of songs on Prolonging The Magic and acting like it never happened.

Any others? Don’t even know what I’m really doing with this thread.

Dylan does 2 versions of the same song on the Planet Waves album - Forever young is both the last track on side A and the 1st side on Side 2. It’s prob it a bit odd if you listen to it on CD or MP3.

I was going to post about Radiohead’s Morning Bell, but I don’t really know what you’re doing with this thread.

I dunno, thinking about just posting pictures of toasters until we work it out.

Some singers/bands have done it in the past though not because they particularly wanted to rework the songs. The reason was that their old label owned the rights to the recordings. Re-recording the song meant they could issue the song on a different label. Little Richard recorded loads of old songs so that a different label could issue a Greatest Hits album. The new songs, though, which were recorded in 1964 were more soul-gospel flavoured than the original 1956 recordings simply because times had changed. I like both versions of the songs.

Prefer it when they rework they’re own titles

Stapleton did it with Chez Chef - original from 2002 EP, rework on 2008 album Rest and Be Thankful (which was named after an even earlier song of theirs!)

It’s a lovely song, but the original is much more vital even though it’s longer. The new one is flat in comparison and it irks me. Rewirk.

(don’t get this, I’ve not been impressed).

saw Elvis Costello on Saturday night and he did a completely reworked slowed-down version of Tears Before Bedtime. don’t mind it when artists do it live, especially if they’ve been playing a song for decades.

this has also just reminded me of the most irked this website has ever made me which was ant saying he didn’t like Carrie & Lowell live cos he didn’t like how Sufjan reworked the songs. wish I hadn’t remembered that.

Who remembers this slammer?

Some good’uns out there. This comes to mind:

Reworkings can be interesting if done with good intentions. Heritage acts re-recording whole albums of the classics can do one though.

Super Furry Animals re-recorded something 4 the weekend and replaced the old version on later prints of the album I think.

‘They’re’ is giving me a headache. It’s wrong twice in this thread.

Anyway I haven’t got a photo of a toaster but Less Than Jake re-did Johnny Quest Thinks We’re Sellouts and it was loads better. That’s all I’ve got.

Heritage acts re-recording whole albums of the classics can do one though.

Oh yeah, that reminds me of this giant mountain of anus-pus 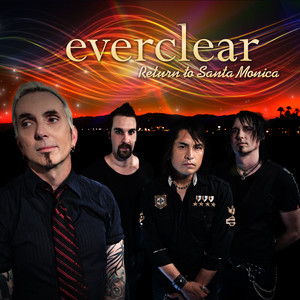 Fucking hell, they did two albums worth

In A Different Light

In A Different Light, an album by Everclear on Spotify

I think there’s a few reworkings where he changes the title too but how is anyone supposed to keep up with all of that.

here’s a recent one from Annie. Think there was supposed to be a whole different version of the album that got scrapped as well

whenever bands do this I tend to prefer whichever version I heard first, whether it’s the original or reworked.

Squeeze did something similar recently. Re-recorded their hits so they could issue their own compilation called, I think, Spot The Difference. Was pretty convincing iirc!