Artists who've had it, lost it, then found it again

So you’re all probably familiar with Sick Boy’s theory. If not, here’s a clip: 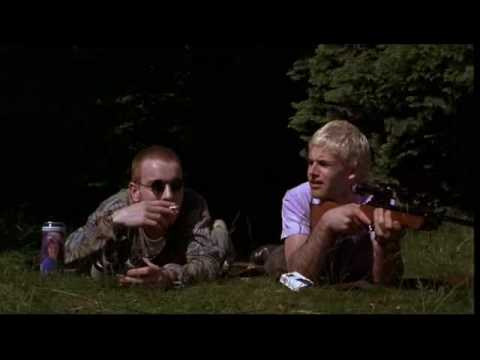 But has anyone actually bucked the trend? Has any artist had it (produced some magic), lost it (produced some rubbish) and then somehow found it again, making stuff that is equal (and sometimes better) to their early stuff?

This thread isn’t about artists who had a little dip but still produced consistently good work. For instance, you might think End Hits or Steady Diet of Nothing are not as good as the classics around them, but they are not bad records by any means.

They must have had a period of good stuff, followed by a period of bad stuff, and then some stuff that is genuinely as good (or better) than the earlier, good stuff.

Who else has done it? How did they do it?

Stonking debut / mediocre follow up where everything seemed to go to shit for them / new amazing third album. Really excited to see what they do next.

Blackstar is definitely an album that holds us to his golden period and then some.

To be fair I’m one of the people who stands by Angles as being a good album! Just think the latest is truly great and up there with the first two.

Hard to argue that Tom Waits ever fully lost it but he’s definitely had some dips and then returned with A* material.

When do you think he had his dip? I haven’t listened to all his stuff, but I’m struggling to think of a bad one (Heartattack and Vine maybe)?

Yeah, this is my answer. I’d probably say Underworld too, since Barbara Barbara We Have A Shining Future they are on a good run of form.

Neil Young had it in the 70s, lost it for most of the 80s, got it back at the end of that decade, made some of his best ever stuff in the 90s, then lost it again. He had almost found it a couple of times this century, but dropped it almost as soon as he picked it up and it rolled behind the sofa in a really awkward place before he could do anything with it.

I’d really love to be able to say Kanye West one day.

I’m a Strokes fan who thought Comedown Machine was their strongest material up to that point… not a common opinion, I know.

How about Low? Mid-noughteens mediocrity with C’mon and Invisible Way, then their best 2 albums ever. Anyone?

He’s had dips, yes, but he’s never lost the plot.

Sparks would be my nomination. mid to late 80’s material is absolute rubbish, then only a few decent tracks in the 90’s with large bouts of inactivity. Their 21st century renaissance however has been near miraculous. Reasonably prolific as well these days.

Listening to their newest stuff now, because I got off after ROF, and I like it much more because it does sound like they know what they’re trying to be but still branching out a bit.

It seems it was pretty good for Julian and Albert to work out their own stuff in their own releases, so that a Strokes album can be more focused.