I see BBC2 have started showing the first season over here

That airport scene made me nauseous! Also found the bit with Lottie’s teacher kinda eery too.

Has there been any word of whether there’ll be a third season?

Surely there’ll be a third season

Yeah it’d be surprising if there wasn’t another season and I imagine it’d more likely follow the trajectory of the latter though who can really say with this show. Just the thought of the Glover’s attempting a season long life-on-tour version of National Lampoon with trap music is making me chuckle!

I think there’ll be a season 3 but it won’t be for a while.

If I had to hazard a guess, I think they’ve positioned PaperBoi to be the protagonist going forward and in some ways that makes sense to free DG up creatively and also just because Bryan Tyree Henry is such an incredible actor. Earn seemed to get the resolution after a rough season and it’d be good to see PaperBoi taking his career forward after his time in the Woods.

absolutely cannot wait for this 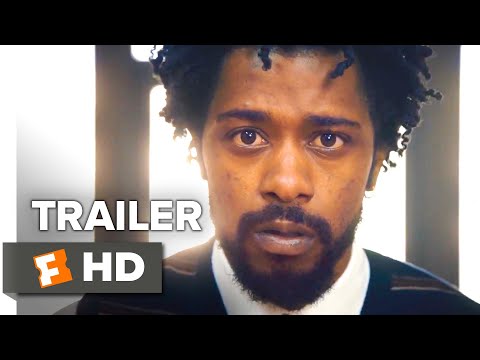 As long as it keeps to a nonlinear structure chocked full of jarring, head scratching moments then I’ll be happy!

not reading the thread cos of spoilers

but episodes 1 and 2 are on Now TV now - bloody hell, feels like they upped their game for this season (not that season 1 wasn’t good)

Man this series has been absolutely fantastic. FUBU is a brilliant concept for an episode.

yeah it was ace wasn’t it. heartbreaking though, found it a hard watch

It’s great at levity and serious drama. The note passing scene was brilliant.

the teddy perkins mansion eoisode WHAT THE FUCK

yeah. think its interesting how they show violence & crime as a routine part of life & how passive the characters’ reactions to it are.

like the internal lives of the characters are far more important than the violence but it’s always there and it’s just another thing they have to put up with.

not sure i’ve ever seen it dealt with like that on tv before, it’s usually completely foregrounded or completely absent.

anyway my main point was that yeah the violence is obviously pretty present, but many characters just get on with it

Just watched this episode and yes HOLY SHIT. Was not expecting… well ANY of that tbh