pretty sure this is nearly the end for the corbyn project, unless something drastic happens in the next week or so. dunno how much longer all this can go on.

pretty sure this is nearly the end for the corbyn project

What are you defining The Corbyn Project as here?

He’s unlkely to resign and they won’t be able to force him out. And even if he left and another left-winger becomes leader, the anti-Semitism stuff won’t stop. It will never ever stop no matter what Labour do, just like how even a centrist Labour leader will be painted as a Stalinist nutjob

His particular brand of leftist politics being dominant in the labour party.

Nah that ain’t happening. Would take a General Election drubbing to shift the balance away, and in any case the next Labour leader will be ‘continuity Corbyn’ for sure. This is well set now.

Unless you’re talking about his peculiarities around foreign policy vs. domestic policy, in which case you’re probably right but they’re far from central to his appeal.

Barnet Labour have been trying (with great difficulty I might add) to make overtures to the Jewish Community in recent months, and they’ve done it largely without throwing the kind of unsubstantiated muck around that certain people on the right of Labour have.

This kind of utter bollocks just sets the whole project back several years and in the meantime we continue to suffer an ultra right-wing MP in a marginal constituency and a council that’s willingly turned itself into little more than a profit making arm of Capita.

Do we think that the PLP would ebdorse a continuity candidate in sufficient numbers? I assume it would have to be a younger person rather than a close ally like McDonnell or Abbott.

Well at Conference in September the new rules regarding selection thresholds for Leadership candidates will be debated and likely passed (which, oversimplifying somewhat, mean that Leadership candidates can draw their support from CLP/Union nominations so long as they get 5% of PLP backing) meaning an easier route for the left of the party as currently constituted onto the ballot.

Also the Membership remains overwhelmingly (but not unconditionally) tilted in Corbyn’s favour and this has doubtless increased with all the Saving Labour or whatever morons leaving the party. Only way to counter this would be entryism on a grand scale from the right and the centre, which is perishingly unlikely.

Ah just made that point above re: rule changes to Leadership selection. There was a good article on Labour List about it which is nice and clear which I’ll try and find.

Super quick answer to my question there!

Here’s the link I was talking about https://labourlist.org/2018/07/revealed-labours-latest-democracy-review-proposals/

i learn a lot of stuff from colin’s and geoff’s exchanges on here w/r/t procedures and the thinking/strategy behind political moves. 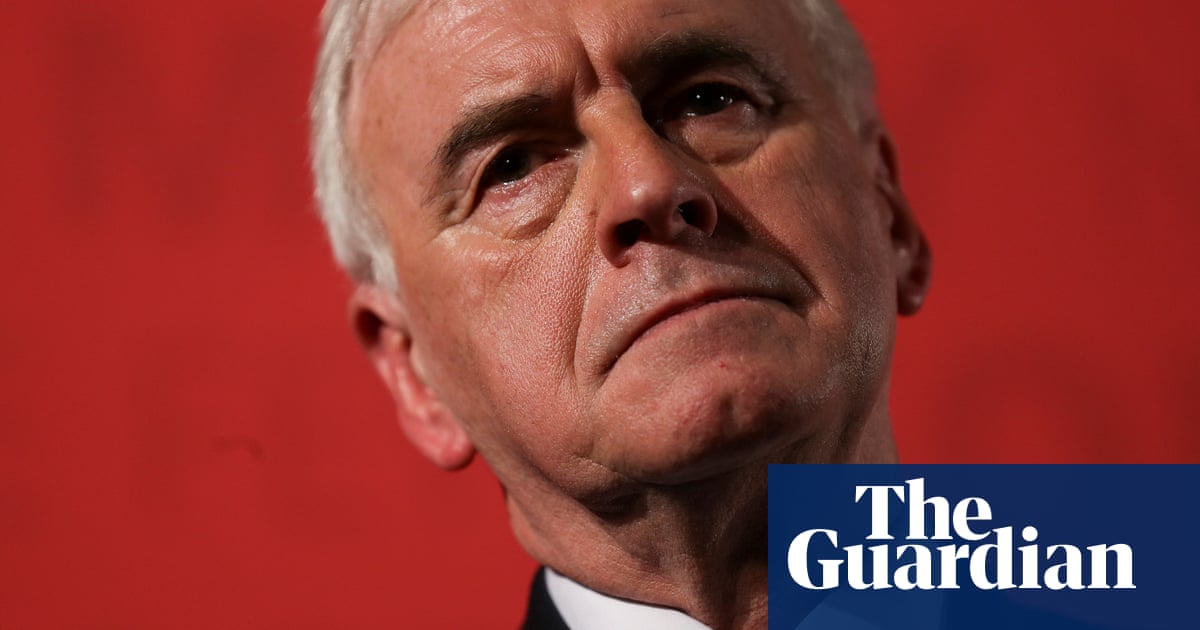 Shadow chancellor praised network’s founding a decade ago, but stresses he does not endorse all of its views

the group in question is jewish. dividing jews into “right” and “wrong” based on their views of israel and/or zionism is problematic to say the least. there’s no excuse for that headline. the failing guardian needs those clicks, i get it, but still - they’re grasping now.

let’s see how much more pathetic this gets by 6pm tomorrow night.

I’m beginning to wonder whether the press have overplayed their hand a bit with this and their motivations are becoming more transparent.

They don’t even ‘need’ them, I understand they’ve cut enough staff and engaged in enough corporate bum-licking to actually balance the books now.

true say - that gates foundation blood money means they have to write half a dozen puff pieces about his white saviour complex every year, but it should also mean they don’t need clickbait.