That’s s a pretty big “but” 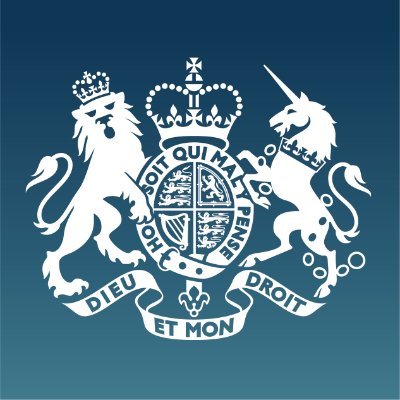 Department for Exiting the EU

@DExEUgov
We're focussed on getting a good deal that honours the Belfast/Good Friday Agreement, but as Brexit Secretary @SteveBarclay told business leaders in Paris this week we're leaving 🇪🇺 on 31 October whatever happens. #BrexitReady https://t.co/Yo59NuMTh8
1 Like
doubleespresso 30 August 2019 20:32 #3060

“I’ll tell you what’s at the bottom of it,” he said. “If you can convince the lowest white man he’s better than the best colored man, he won’t notice you’re picking his pocket. Hell, give him somebody to look down on, and he’ll empty his pockets for you.”

This isn’t remotely similar to that FFS.

This propaganda was always happening…yes, it’s being done differently but whatever the means there were always people at the top and from other governments exploiting it.

Sounds similar to these ears

algorithmically tuned propaganda streamed into your household, into your pocket, 24/7 is as far from tuning the wireless in to a Churchill speech as h-bombs were from cannons & muskets

Seems a different way of putting it to implying I’m the sort of monster who callously shrugs off 10s of millions of lives lost, which is what you were doing:

Anyway, no time to dig too far into this, all comparisons against a backdrop of technology are problematic.

I wasn’t saying propaganda is nothing, I’m saying the same tool that is able to target those whose minds can be changed is also the tool letting us expose stuff and dig into it in a way that simply wasn’t possible in the Cold War, etc.

The best UK politics podcast is We Don’t Talk About The Weather.

It wasn’t personal, it was the rhetoric - which is oft repeated - of conflating a theme with the outcomes of that theme. It’s pretty problematic to be lazy about the way in which the outcomes can accelerate with new technology even if the general theme stays the same. It’s a kind of logical trap that is easy to fall into. I wasn’t proclaiming you a monster.

the same tool that is able to target those whose minds can be changed is also the tool letting us expose stuff and dig into it in a way that simply wasn’t possible in the Cold War, etc.

yeah but who has access to the tool? Who has the data and the results ? Who shapes their ends and controls and regulates? Who profits from directing outcomes and how do they use that profit to consolidate power & influence? And, quite fundamentally, how can law and good practice possibly keep pace with technological advancements - machine learning advancements - in cognitive psychology and behavioural profiling & processing?

One of the most frightening things about Brexit is that the idea that Britain should leave the EU went from a fringe notion to mobilising 17.6million people in lightning quick time. It spread like a virus and has dominated UK politics at the expense of pretty much all else since. It’s a wildfire that will scar the political and socio-economic landscape of the UK for generations after the fire is put out - if it ever is put out. And the whole thing is infected - before, during & after - with the explosion & fall out of this h-bomb propaganda network that has been digitally created around it and that we don’t even really understand or know the consequences of yet…or even have much of a working language to describe and dismantle it

A very wise person (@xylo) once told me that anything before ‘but’ in a sentence is usually a lie. Here is further evidence of that concept

I think we have completely different ideas of what ‘the tool’ is then. I see it as social media and we all have access to it.

E.g. Liverpool where The Sun boycott was in place showed a massively more Remainder vote than similar places, which tells you how knife edge this effect actually can be.

My feeling is social media is the Internet. It’s all always been at the mercy of corporations. Facebook is just the logical end to forums like this, which are the logical end to bulletin boards and newsgroups. And I think it is strongly good and bad which is why I take issue with comparisons to WW2, which was a wholly bad thing. (Misanthropes, mainly, will claim good things came out of WW2 but I believe it simply accelerated stuff that was going to happen anyway.)

Liverpool where The Sun boycott was in place showed a massively more Remainder vote than similar places, which tells you how knife edge this effect actually can be.

Or it shows you that perhaps resources were targeted elsewhere, where the analytics showed there was more chance of effectiveness. Dunno if you have ever sat in on a modern marketing or advocacy campaign team …analytics is everything and so many resources are pumped into making incremental gains, and in the case of digital campaigns the ‘tool’ is often an algorithm that is more or less autonomous to follow the directions of its own feedback flow.

likewise the digital society we have built and are building has changed and accelerated outcomes in ways that we don’t even yet know how to conceptualise or discuss and wont even be apparent for maybe a generation or more - the acceleration of change is beyond our comprehension. One simple example; instagram (the largest ever archive in human history) has a volume of data equivalent to the entire collection of the ancient library of Alexandria uploaded every single minute of every single day - all metatagged with geolocation, device type, software version etc. etc.

basically, we’re field testing the future all the time and the now is not the same as the past and we have to stop pretending or comforting ourselves with the notion that ‘things are not so different’ or that ‘it has always been like this.’ The digital society is a quantum-leap change in how humans (are made to) think and organise and that we are trying to govern this change within archaic constitutional and institutional practice results in …gestures at everything

Funnily enough, isn’t there a 2p drop in duty being suggested by the govt? Or was that part of what you meant? @giulio_mattioli
As the Johnson government plans to cut the fuel duty, we hear the usual arguments that this will help "hard-pressed families". But how much truth there is in this argument? A thread (with evidence) thesun.co.uk/news/9793144/b…
urbanfox 31 August 2019 17:06 #3073

Aside from that, who is falling for fuel being 2ppl cheaper being a massive benefit? Probably saves your average car user £25 over the course of a year. 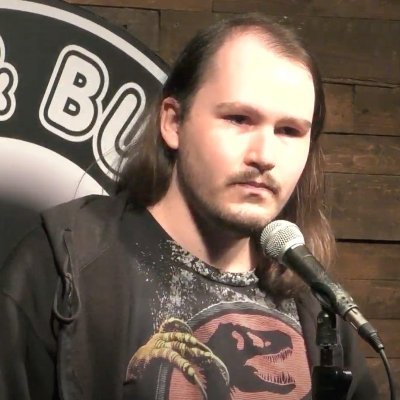 @MarkGComedyUK
Rory Stewart's PR team definitely told him to make sure he got a picture of him not smiling next to some white people today following yesterdays shambles. twitter.com/RoryStewartUK/…

heartening anti-royal sentiment today. also learned eugenie has cancelled her podcast about human trafficking because daddy is so intimately involved with epstein. brenda has an evacuation plan in place too! these toe suckers and pederasts are running scared!

Agree that Reelpolitik is pretty much unlistenable. I keep giving it a chance, but no.

Off The Fence is ok, but a smidge smug.

Trashfuture is very online but is usually a good listen. I guess they maybe think they’re the UK’s Chapo.

I also quite like Talking Politics. Quite sober, which may or may not float your boat. I’ve enjoyed listening to Helen Thompson. But she wrote a poor article in the New Statesman about Labour needing to be more Unionist the other week, which stunk in more than a couple of ways, so I’m now in cautious mode there.

Podlitical is sometimes ok. A Beeb effort to do things from a not entirely Westminster POV and sometimes actually manages it.

Oh. I see that we’ve moved into September. And the last post is from our SA UKMT pals, plugging their Praxiscast. Neat. Will listen.

Parliament returns! VONC! (?) Potential civil unrest. Are you scared yet?

@moderators - box this thread up and stick it in the loft, please.