I think bat stuff is still going on, if you like bats.

Fun fact: when I was a kid I was a big fan of this song and when my dad wanted the patio light on he used to tell me to do the Batty Bat in front of the motion sensor

I went out to see the bats twice and they never showed! Complete waste of time! Might have been too late in the year though.

Did this tour and it was really good 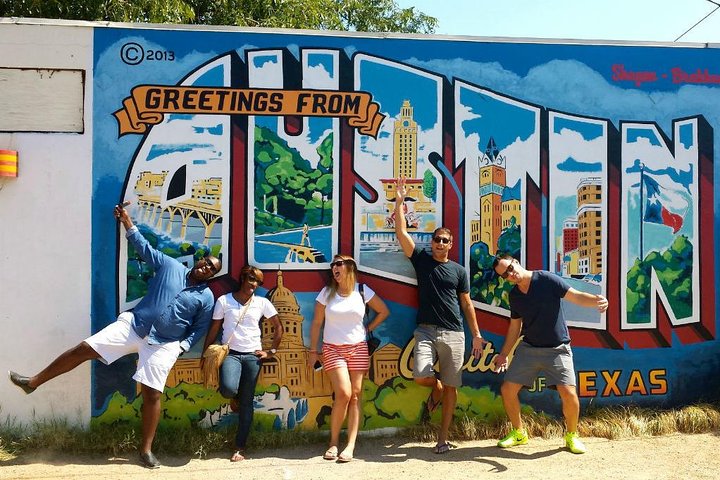 Covers a lot of the city and there’s a good mix of attractions.

I went out to see the bats twice and they never showed!

still unsure if you guys are talking about baseball or not

Loads of bats roost under one of the bridges that cross the river. Depending on the time of year, in the evening they all fly out and up the river to feed.

We saw thousands when we went to SXSW a few years back, in March.

Also recommend San Antonio by the way! Really nice little city. Not a huge amount to see but you can go look around the Alamo and that

I would recommend not getting completely twatted on dodgy stout and spending the whole of the next day vomiting in the passenger seat of the car while you’re supposed to be visiting the Alamo.

We went there about a decade ago for SXSW, so I’m not sure many of the restaurants and bars we went to are still open, or are good outside of the festival.

We went there about a decade ago for SXSW

Yeah, I think I’m in the same boat here. I lived in Houston we went to Austin quite a few times. I liked the Capitol and stuff, and just wandering around. Went to the UT campus for a wander too, mostly because so many of my colleagues went there / hated there.

School pride is odd. We went to a piano bar on one of the nights and watched dick heads trying to one up each other by getting the pianist to play their colleges fighting songs.

I liked Twisted Root burgers, if that’s your bag. Now I can’t remember if that was DallasFW or Austin.

^ yeah, definitely echo the recommendations for Waterloo Records and the State Capitol.

I can’t remember if that was DallasFW or Austin

There was an afternoon gig on with free beer when I went to Waterloo. Absolute GBOL

Anyone a fan? Seeing her show tonight or seen her before? I never heard of her before Puberty 2. That turned out to be one of the albums of the year for me. Looking forward hugely to tonight’s gig.

I went to Austin a couple of years ago. I posted a photo of a Mitski gig I went to there and it became a very slight Austin thread for a few replies.

This has earnt me my first link badge. Can this day get any better.

Barton Springs!!
Outdoor pool that is like natural or something and had fish in and stuff! I went somewhere for a flight of pancakes but I can’t remember where. I was fucking knackered in Austin after being on a roadtrip for almost 3 weeks.

Paperboy is brilliant. Went there three times for breakfast.

Yessss hoped you’d have some good recs meow, your San Francisco tips were spot on