Anvil Vapre is so so good!

I still think Confield is their most ‘difficult’ release, but I can’t give you a good reason as to why that is. Remember it really throwing me off-guard and taking a long time to click. Worth the effort, mind.

Autechre have been my favourite musical act since the start of the decade. This was a gradual process over 4-5 years. Amber followed by Quaristice (my first release as a fan) were effective entry points for me before delving into their other stuff.

I still don’t own Incunabula. I’ve been saving it up for an extra long wait between albums (which now feels redundant given the endless hours of recent content from Autechre). The 1994 live recording of Kalpol Introl might be favourite moment from them though.

Like Nick Cave & the Bad Seeds, it is one of those discographies where every album is of a very high quality. I mean no disservice to LP5, I just never really got into it or spent enough time with it, but it is nevertheless a highly worthy album. On Confield, I remember “unlocking” it one night shortly before turning 21 and having an out of body experience. Nowadays, in the wake of Exai, Live Albums and Elseq, it sounds relatively antique and contained, almost like pop Autechre, but once upon a time it was a revelatory piece of art for me (along with Tarkovsky’s Mirror), and even if that profound impact recedes, I still consider it one of my absolute favourite albums. The rollercoaster audio dynamism of Untilted had a similar effect on me years later, and stamped them as my favourite act.

Of course the music canon will baulk at an intimidatingly reliable discography, focusing on certain IDM heyday albums like Amber, Tri Repetae and LP5 as their key works, but anyone beyond a casual observer will know there is another whole dimension to them beside their narrative as one of the key acts from that period.

Anyone who becomes a fanatic should check out the long running Autechre boards on We Are the Music Makers (WATMM).

Nowadays, in the wake of Exai, Live Albums and Elseq, it sounds relatively antique and contained, almost like pop Autechre

I remember first hearing Amber when I was 17 and starting to discover IDM (via Kid A, naturally). When those weird bass warbles on Foil kicked in my brain had no idea how to interpret the music. Thought the album was some high-falutin’ conceptual nonsense, and it was only when I revisited it after hearing Incunabula that it made sense, like I now had the conceptual framework to understand it. Which is weird looking back because, like you and Confield, it sounds like borederline entry-level electronic music to my ears now (albeit, a permanent fixture in my top 10 albums of all time).

I miss those experiences these days. Like Endless Summer was my first ‘ambient drone’ album and it was only after hearing Venice that I understood and fell in love with it. And again, Fennesz is at the poppier end of drone in reality. Or Squarepusher’s Go Plastic, which only clicked after hearing Feed Me Weird Things. Oh to be young again…

Really obvious to say it but flutter is my fave track by far. The melody is gorgeous and the percussion is genius

Me too, Autechre references amidst a Radiohead obsession were what led me to Amber. I enjoyed it, but as you say it did open up for me a lot more once I became familiar with subsequent Autechre albums. Silverside was the first track I loved, whereas a decade or so on it is probably my least favourite track on the album (save teartear as closer, which has never particularly worked for me in the album context, feels like the tacked-on tryhard closer that gets old quickly).

I guess this comparative discography experience occurs when getting into many artists, but it does flow both ways, having a few albums behind you expands your scope of appreciation for future listening, the various directions taken and the subtleties and accumulated depth at play. It is such a pleasure to go back and forth, and find a deeper affinity with albums you may have once had a false start with, even favourites with as yet untapped joys. Often I will like an artist well enough for their first 2-3 albums, the exciting dating and honeymoon period, but beyond that they become like an indispensible family member, a love earned and embedded into one’s own life, and therefore a favourite.

Agreed, oh to be young again and have your earth shaken profoundly, but even so I feel more seasoned and able to appreciate more widely and deeply than in those days of impressionable naivety. Literature and Music especially feel more precious to me than ever before.

Even if Flutter already gets enough tourist attention, it has become a resurgent favourite of mine over the last year. I tend to do a lot of pre-dawn walks, and listening to Flutter at sunrise on the beach is absolute heaven. Once the Flutter beats depart and it rides the outro, I always drift off in bliss. Stretch down to some planetary Paralel Suns, then jump in the shower to Nine-Further-Yulquen.

LOOK at these bad boys - oh yeah… recordings of the residency they’re doing at NTS. Went for CDs as the vinyl price is a bit punishing 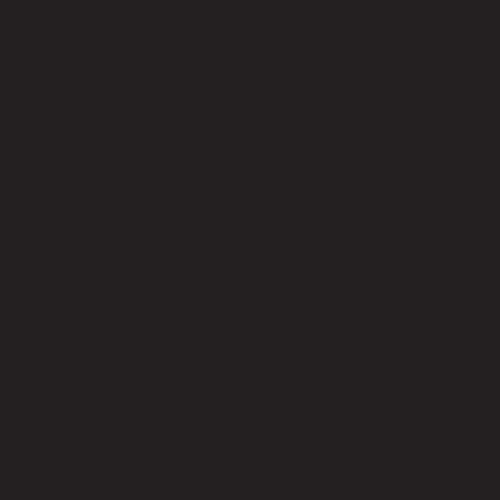 Yeah I got the vinyl

A combination of payday this week and gotta have em all

Plus love the designers republic stuff

iI didn’t hear any of these. Can I assume it was amazing?

I loved that Radiohead did this for people, I went in the other way. I was into IDM but never loved Radiohead, I found out through myself researching MAX/MSP that Jonny Greenwood had used it and fell in love with the album. Kid A had been out a few years by this point and I’d largely ignored it.

And it is fucking jacked up banging

Lounging around listening to Cichli
It’s one of the best pieces of music ever.