From midnight this thread is a spoiler zone. Do not come in this thread if you don’t want to be spoiled ya idiot. Personally not that excited as I found Civil War underwhelming. The Russo Brothers don’t have the visual flair that Whedon does in my mind. People reacted to the Avengers splitting up like it was some big deal, when it will clearly be resolved in this one. Obviously I’m still going to see this ASAP because I’m a sucker. It’d be cool to have one of the films end with a huge retcon e…

From midnight tomorrow this thread will be a spoiler zone, so please don’t be idiots. Feel free to use spoiler tags as you prefer. Would be silly for someone to come in this thread not having seen the film wouldn’t it?

Thanos wins, the whole MCU ends with Deadpool mugging to the camera in a knowing way.

I am very excited but not seeing it til Friday evening, see you then! Not had the chance to see captain marvel yet. Will that matter at all? 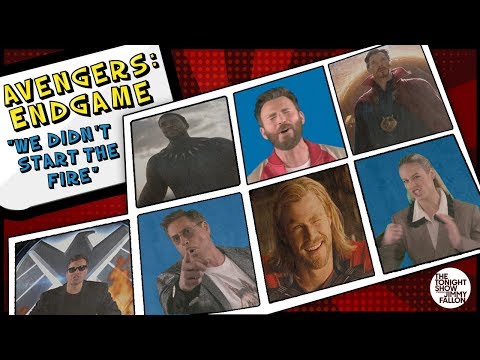 If you have a vague concept of who Captain Marvel is, probably not

My pal is going to a press screening tonight. Probably right about now actually. Pretty jealous.

Off work for two weeks so going to an 11am showing on Thursday. Absolute bliss.

If you’re saying GMT when you mean BST, I’m going to be asleep either way.

Ditto. 1.30 showing, so hopefully only nerds in attendance rather than kids. I’ve splashed out on a “luxury” seat. It’s going to be epic!

I think they’ve done it, guys.

Why does everyone keep saying this is the end? Surely there’s a million other sequels planned? Also, we’re in BST, so this is actually at 1am on Thursday.

Lastdino has liked this so I’ll update the thread title.

Also, it’s pretty much the end of like a 10 year arc across about a billion movies. The ‘phase 4’ ones should be about a whole new arc.

Potentially a lot of the first gen characters are being retired after this, and it’s the end of a wider plot arc that started with films released in 2011/12.

The only film properly announced past this is a new Spider-man out in the summer. There’s been a few things sorta semi confirmed but Marvel have been keeping schtum on their plans beyond this year.

Interesting, thanks. Well, this thread isn’t for me but I hope you all enjoy the new film.