Banal conspiracy theories that you have created

I’ve never been through London St Pancras without someone playing the piano really really well.

I don’t think it’s possible that advanced pianists just happen to be going through there and have the courage to sit down and tickle the ivories to such a frequent degree.

I strongly believe with all my heart that the powers that be are hiring pianists, dressing them up in ordinary clothes, and making them visit St Pancras purely to play the piano for a bit. I haven’t entirely thought through the reasons why they’re doing this, as I’ve only just decided I believe this as of about 5 minutes ago. However, I think there’s an aim for someone to film the professional pianists so that they go viral, and make London seem like a hub of cultural excellence or something, to then subsequently get more tourism. In relation to this, the pianos are located near the international boarding gates. Recently, one can assume, a lot of European government officials have been traveling through here to go to and from Brussels. I therefore fully believe that the government are in on this, hiring professional pianists to aid Brexit talks by giving Britain a classier demeanour that disracts EU commisioners from the Tories infighting and shitshow negotiations. Wake up people, it’s all right under your noses!

Please share any minor conspiracy theories that you believe, or have just created for the purposes of this thread like I have.

My noisy next door neighbour has deliberately taken my green bin to try to provoke a confrontation. I’m going to be the bigger man here and deal with the situation like an adult, by which I mean dressing all in black and stealing it back in the middle of the night.

dressing them up in ordinary clothes

Instead of the standard uniform which designates a piano player?

I agree with your theory. There is a piano in the shopping centre near me and it’s only ever being bashed by bored kids. Who would we need to impress in Southampton?

A few years ago there were pianos all over London, when we were pissed one night we found one outside the Bank of England and my friend sat and played the sheet music that was on it - Money Money Money by ABBA. Ended up having a singalong with about a dozen City boys who were walking past half-cut.

Instead of the standard uniform which designates a piano player? There’s a guy in Manchester who plays 90s nightclub classics on the piano. It’s cool as fuck. Loads of people probably do it. Quite clever innit, doing kind of euphoric salad days anthems instead of classical stuff or standards, etc. Really pricks the ears up hearing a medley of say Set You Free, Touch Me and, idk, Sandstorm. Shite songs, but…

what the heck does salad days mean anyway?

Cannot fucking abide those public pianos. Once saw a girl on her way home from school had brought a piano exercise book and was practising scales, and it genuinely warmed my heart that someone who might not have access to a piano at home would have somewhere to practise. Every single other time it’s been some fucking jembloid in a hat playing Coldplay songs. 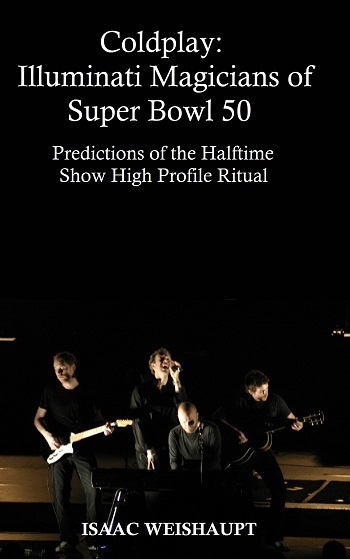 The Super Bowl Halftime Show is the most important exchange of energy of the year- given that it is routinely the number one watched event on television.When the band Coldplay was announced as the artist to perform at the 2016 Super Bowl 50 I...

The whole ‘brushing your teeth twice a day’ thing is all a load of shit made up by Big Toothpaste.

Obviously I’d freshen my pegs up if I’m going out in the evening, but not a chance I’m brushing them before I go to bed.

I think it means good times surprisingly but I have no idea why.

ok this isn’t the daily thread

Colin Jackson’s voice was so high pitched because he was secretly addicted to helium with the false belief that it would make him better at jumping over hurdles.