Here’s a thread for Vegan stuff that’s not veganuary.

So, I’m totally sticking with it.

I spent three days travelling and found the following:

Anyway, really enjoying this and feel the benefits. Farting though has gone up.

I always order toast and marmite / beans / avocado etc. and then forget to specify no butter. Sometimes you just get a couple of plastic pots which you can return and hope they don’t throw away, but other times they serve up a gigantic slab of the stuff on a separate plate, more than you could ever hope to use even if you were some sort of butter maniac.

Apart from the leftover cream on new year’s day, the accidental spoonful of lactose-free (not dairy-free) cream cheese, and half a quesadilla that was destined for the bin, my January was vegan.

Definitely going to keep it up as best I can.

Would really to get some of these pizzas but no stockists that close: 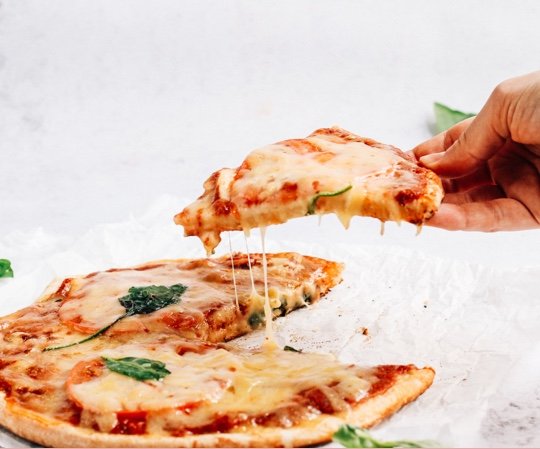 This stuff is really great:

I usually hate mayonnaise but this stuff is the best. I mostly eat veggie sausages as a carrier for it.

This was actually great btw.

Today is the day! My 2nd book A Modern Way to Cook is out! I can’t quite believe my luck or wipe the smile off my face. It’s packed full of food I love and lots of amazing people helped me make it. To celebrate, here is one of my favourite recipes...

Is her book mostly vegan friendly?
i have tried two of her things so far and loved them so i’m hoping!

From what I remember, a lot of it is vegan and if it isn’t she suggests an alternative to make it vegan, or advises what to leave out (even though it’s usually obvious!)

We make that pasta one all the time (did tonight in fact). Most (all?) of it is vegan if you swap out the cheese. Great books and full of simple ideas too

It’s so simple and so nice!! I had it last night as well. It doesn’t look like it would be a lot but it comes out so delicious.
I made her bean cassoulet with sourdough croutons too.

This delicious recipe brings together so many of my favourite things. Sticky roasted tomatoes, the soothing creaminess of coconut milk and sweet little white beans, topped with a crust of sourdough bread. Don’t be put off by the coconut milk – it...

We made that recently. It.was.amazing

We have all three of her books. They’re really well presented. She has these grids of small ideas in them too, like one has a stir fry one that’s made ours much better.

I did the exact same thing! We’ve got A Modern Way to Eat and cook loads from it. Anna’s great!

I think i’ll defo be getting that book then. Everything seems very comforting and i’m all about that life anna you got me girl.

Just been to get a vegetable curry i’ve been having for the last year and a half.

They’ve just changed the recipe to make it vegan…the previous one very much wasn’t.

Gonna have to make this again now you’re all banging on about it. Was pretty disappointing when I made it.

I don’t know what is going on, but Morrisons have a shit tonne of premade vegan options. Even Heck fucking "meat"balls and Gosh stuff. And a frozen section utterly full.

Quite impressive for living in this backwater.

The Mildreds Vegan cookbook is out today. Looking forward to flicking through it and then making none of the recipes because of the single obscure ingredient they rely on.