Some nice siouxsie-eque vocals. reminds me a bit of a short-lived band from about 10 years ago called Ipso Facto, who I really liked.

Ignore my “crap band” reply. It was an in joke between NLB and me. I’ve seen Huge band a couple of times in the mid-90s but wouldn’t say that I’m a fan.

A couple of years ago I was at a Shonen Knife gig. The bloke behind the merchandise table was wearing a Huge Baby t-shirt. Not a fan of the band and so didn’t recognise him. I had a chat. He was the drummer. We had long talk like two old codgers about bands and venues of yesteryear. Good bloke.

No idea why they haven’t. I discovered them through an AOTY list (forget which one) but that was the first I’d ever heard of them.

Spent way too long trying to come up with an accurate description. Don’t think I really nailed it. I had Siouxsie in there at one point too heh. I really like how primal and sort of witchcrafty (if that’s a thing) it sounds

The sonic references vary as the album unfolds but still sounds very coherent. This thread was well worth it for this find alone. Cheers

Played with them in April at The Ivy House, really good band live and on record. Loud as hell too. 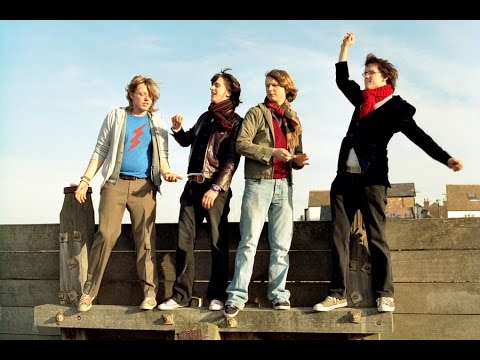 They were mentioned quite a bit on the old DiS and got a good DiS review, but i doubt they’ve been mentioned by anyone else on the new DiS.

I’ve just realised which band they remind me of, atmospherically more than anything. 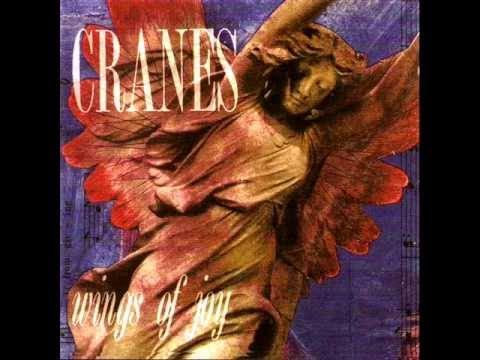 Another great one is 2008’s Deliver This Creature by Mr. Gnome, a two-person group out of Ohio.

If you like big Black Sabbath style guitars and riffs but always wished you could find them deployed in focused art rock songs rather than just there in jammy stoner rock, this is the album for you.

The whole album is great, but the song “Rabbit” is really something else. It starts off very Radiohead-esque (almost like what a HTTT version of “Paranoid Android” would sound like) before exploding into heavy riffs that sound like they could be straight off of a Kyuss album or Gish by the Pumpkins. (The song “Siva” by the Pumpkins is a great reference point for the album in general - if you like that main riff, that sound, and the dark tone of the song, you’ll like this.)

The riffs on this album are so great and used so effectively. Ones that could theoretically carry an entire song are instead fused together with other equally great ones, so you’re constantly being caught off guard by explosive twists. I can’t picture them sitting down and writing a song like “Thief”, it seems like something that just develops naturally from two people with great musical chemistry knowing exactly where to go on their instruments as they get more and more wound up playing.

And it never gets overwhelming because unlike a lot of other heavy bands, they keep things varied and not in the stereotypical “oh, it’s time for the ballad” way. In addition to songs like “After the Sun”, whose main riff feels like it was designed to move stadiums full of people, you get calmer, pretty songs like “Silhouette” or melodic, atmospheric songs like “Night of the Crickets”.

I really wish there were more albums like this, and it feels like there should be, but I’m not sure if I’ve found any yet. It feels like a singularity.

The Pumpkins are Gish and Siamese Dream for me, so this sounds super promising. Will definitely give it a go.

One of the songs not only has a similar riff to “Siva” but has a part similar to that intro they’d do for it live back in '91/'92. It would shock me if they weren’t fans.

Daniel Avery - Drone Logic. Well Daniel Avery gets a few mentions but normally on billings with others. That album is from me perfect dance music. If you liked the Kelly Lee Owens release it very much is that kinda thing. Incredibly hypnotic and danceable.

Title track is good. Reminds me of Underworld’s Rez a bit

As far as I can tell no one has mentioned this band:

Australian band, three members, largely electronic, who have put out three full albums plus assorted EPs etc. As the article says, the music is hard to describe. It would not sound out of place at a techno dance party - except that it’s musically way more interesting. “Dance music” normally bores the shit out of me, but not this; I can enjoy this stuff just sitting and relaxing, though the feet tend to start moving a bit of their own free will at some point. Detectable influences include Kraftwerk, ELO and Hawkwind, though really they don’t sound quite like any of those bands. Lyrical themes tend to focus on life, death, technology, space travel, human/computer interaction… no boy/girl love songs or “get up and shake your booty” songs here.

In my opinion their best album is their most recent, “Uncanny Valley”. They seem to have been inactive for the last 3-4 years.

Lotion - Full Isaac - 9/10 in the nme when the nme was the nme, Village Voice LP of the year in 94. I love this LP and convinced its not nostalgia talking. Thinking Us indie-rock typical of the era with emo-ish impassioned vocals and some interesting percussive textures. Follow Up Nobody’s cool was also very good but then it went a bit downhill

As of about 2 minutes ago, Lo Moon. Tiny Desk Concert below. Interesting, or second-rate Talk Talk rip off? Jury’s out, but I am quite liking what I am hearing. Album out next month. 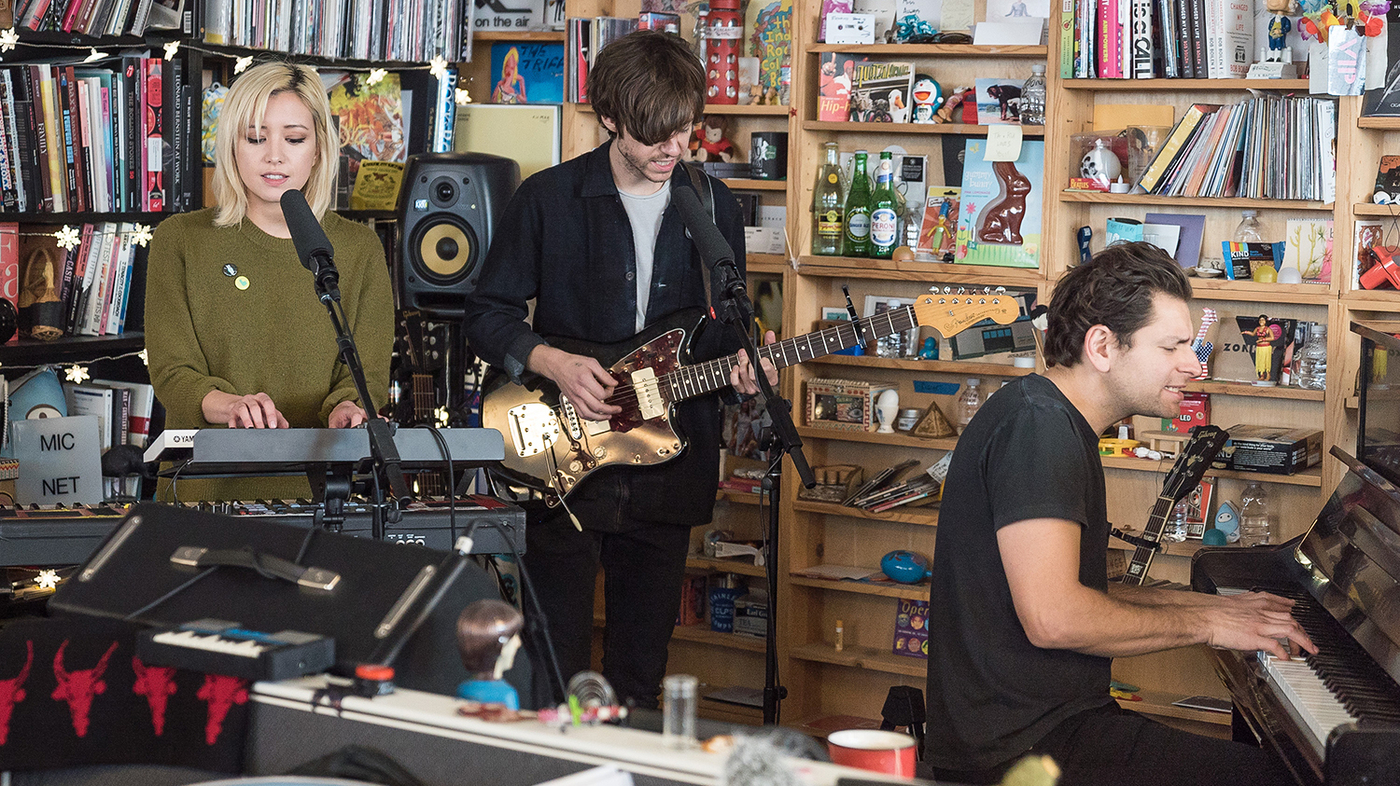 The LA band's signature sound is intimate and demonstrative, haunting yet uplifting, an old-fashioned rock beat under glimmering guitar and keys. And at the Tiny Desk, it was at ease. 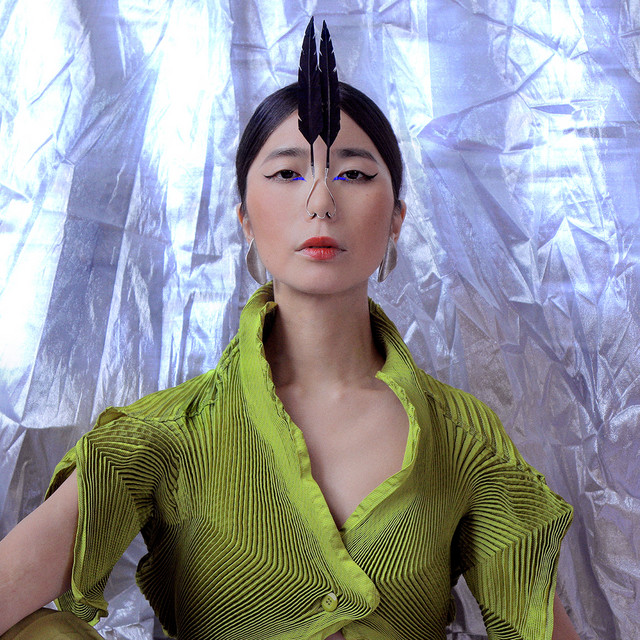