There’s a new compilation of the Babybird bandcamp stuff called Happy Stupid Nothing, ive had it on repeat since yesterday and its a masterpiece.

Bandcamp is the best. It stands head and shoulders above everything else as far as I’m concerned. A random trawl through someone’s bandcamp collection will throw up a vastly more interesting array of music than any Spotify playlist, and it’s far easier to both navigate and purchase from than Soundcloud, which really needs a complete overhaul.

Yeah its functionality for users really lets it down at times. My mate says you can’t have both a band account and a fan account with the same email which he finds irritating as he wants to separate things out.

On top of a lack of playlisting facility, I note that it doesn’t seem like there’s any way to see the messages you get from artists/labels you follow within the Desktop UI, only in mobile. Or am I missing something?

I guess I’ve always seen Bandcamp more as a shop window for artists rather than a fully fledged music player - I do listen direct from the web player and occasionally from the app but had never really thought about playlists or any other function.

There are definitely quite a few inconsistencies between the app and desktop that are a little frustrating though.

It would be very useful for getting more people to use and buy from Bandcamp, though. If I can send Bandcamp playlists to people then they’re listening on a service where they can buy. So I guess in terms of use for users it might not be massively taken up but I reckon it would be good overall for the site.

yeah and labels could use them as promotional tools as well.

Quite apart from not knowing what resources they have though my guess would be bandcamp feel they’ve found a successful niche and don’t want to risk losing that. Didn’t soundcloud shoot themselves in the foot a while back trying to sort of expand what they did?

But yeah as a minimum I’m sure they could add some player functionality that is missing at the moment.

bandcamp is good. have become mildly obsessed with these lads after @1101010 introduced me to this album

soundcloud should never have ditched the groups function, that was a great way of creating engagement and connecting people with new music.

I haven’t bought music for probably a decade or more now as only really listen through Spotify but thought I’d check out Bandcamp as see it mentioned so much on this site. Looks like all the prices are in USD, can I toggle to GBP or are all purchases done in USD and you just pay whatever the current exchange rate is?

The seller sets the currency I think, so US labels charge in USD, British in GBP etc. They’ll tell you the GBP equivalent when you add it to your basket.

Also if you are buying in a foreign currency it’s best to buy with your bank card directly as the Paypal rates are always terrible.

When you click buy, you can set it to convert to GBP. Which will give you an indication.

And when you pay through PayPal, you just pay the converted amount and it tells you what it is

Yeah when you click ‘Buy Album’, the little confirmation box details the equivalent for yr territory

thanks all, makes sense now!

1000 apologies for hijacking the thread for a jag, but created my own bandcamp page last week to put up a few things I was working on while on furlough. Have been in a few bands where other members have handled that side of things, so first time I really did anything like this myself. Was super easy to create the page and upload music, just seems like a total win-win from a band / artists POV to use as oppose to any other streaming platform where you make precisely fuck all from plays and downloads.
Anyway, here’s a tune from my first solo album for anyone who may be into 8-bit carnage -

Just thought people should know that.

Anybody else having issues with pre-ordered digital albums not coming out of their ‘pre-order’ state? I had to two albums that were supposed to come out yesterday, but still haven’t been released today and still showing as ‘pre-orders’.

Probably worth contacting them.I had a problem with a download once and they were quick to respond and sort it out.

I could do with some followers and DiS users to follow on bandcamp. 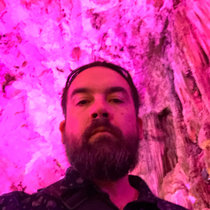