I only know ‘Bela Lugosi’s Dead’ (brilliant). Should i investigate further?

Definitely- the first three studio albums are all good although they each have their patchy bits. Mask is best probably and it’s also worth listening to their brilliant live album Press Eject and Give Me The Tape.

They were a truly great singles band though (and quite a lot of their singles weren’t on the albums) - seek out any of the various compilations that there are. I got into them through an excellent double album compilation that is difficult to get hold of now but there is a decent single disk greatest hits called Crackle which is just great from start to finish. Three of my favourites below:

One of the most shockingly underated bands of all time. No one ever sounded like them.

The best place to start is probably the second singles collection

It’s a lot less weird than their first and will easy you in nicely.

The compilation that got me into them was a double album of Volume 1 and 2 and it’s absolutely great - none of the studio albums quite live up to their singles I don’t think.

Both parts have got great songs on them - Bela Lugosi, Terror Couple and The Passion of Lovers (all classics) are on the first volume I think. I’m not sure that either volume is any less ‘weird’ than the other. As I said above, Crackle is a good alternative because it has most of the good stuff on a single disc compilation (although it doesn’t have such a cool cover).

Their discography as a whole is brief enough that I’d be tempted to just listen to it all chronologically as it’s all decent, including the 00s comeback album. That said, I had Crackle on CD back in the day which as mentioned above is a good starter.

I was aware of Bauhaus and i knew that they were considered a goth band, however, watching ‘The Hunger’ was also the first time i ever actually heard them. It is a great opening to the film! Directed by Tony Scott…he never did anything like ‘The Hunger’ ever again.

The aforementioned Crackle is the only thing of theirs I have -

Crackle - Best of Bauhaus, an album by Bauhaus on Spotify

Saw Peter Murphy and Daniel J at the Roadmender playing the first album earlier this year. Wasn’t overly familiar with anything aside from Bela Legosi’s dead and Dark Entries (via the Viet Cong cover), was decent. It wasn’t billed as Bauhaus due to there only being two original members, is this a fuller line up? I thought there was still a fair bit of beef between them. Also saw Daniel J in the kebab house round the cover after…which was nice.

It wasn’t billed as Bauhaus due to there only being two original members, is this a fuller line up?

Yup, it’s all four of them…

I saw them last time they played Dublin around 2007 and it was amazing. All over this but really hate the Ally Pally.

I saw them last time they played Dublin around 2007 and it was amazing. All over this but really hate the Ally Pally.

All of ^this but replace Dublin with Brixton

Saw them in 1983. Mask, The Sky’s Gone Out and Burning From The Inside were very much part of my teenage soundtrack. However, don’t really seek them out these days - they belong to a time and place in the past.

A bit hit and miss albumwise therefore, as someone says above seek out the singles first. Definite victim of fantastic first single syndrome whereby anything else after rarely matched it. Albums are worth a listen but be prepared for the band to disappear up its own fundament on occasions. Mask is probably the most consistent but all have a few decent tracks to enjoy.

Post Bauhaus neither Peter Murphy or David J did anything to write home about. Daniel Ash and Kevin Haskins went on to form Tones on Tail who had more success in the US than at home.

Bauhaus have a new single, and I haven’t listened to it yet. Here it is if you’d like to check it out. I’ve actually never listened to anything beyond their 4 classic 80s albums so this will likely sound quite different for me. Their last release was the Go Away White LP in 2008. 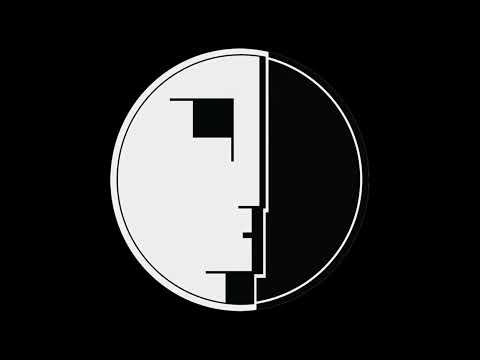 Love Crackle and have never explored their full albums. Weird that. Especially as they’re local. Maybe I will!

Their last release was the Go Away White LP in 2008.

Not listened to it for a long while, but enjoyed it at the time

I just listened to the song. It’s not bad, better than I expected I think but also inconsequential.