Beat writers, and that

He is a great writer of non-fiction though.

Can I recommend Go by John Clellon Holmes as an alternative to the Beat canon? It’s a much more grounded/ realistic description of the beatnik lifestyle.

Wasn’t this basically a guy holding down a job whilst Kerouac shagged his wife?

It’s been a few years since I read it.

You can’t ditch everything by anyone with any dirt on their CV, though. There’ll be no music left for a start. The really bad stuff, absolutely, but…

On the Road has some of my favourite writing about music. Made me want to go to a dirty jazz bar and Feel that wild sway. Something nothing else - least of all actually listening to jazz - has ever done.

I read On The Road about 12 years ago* aged around 19, absolutely loved it and still class it as one of my all time faves. Interestingly I picked up another copy in better nick than mine just this weekend and plan on reading it again before Xmas…

Murakami does this to me too.

on the road is pretentious rubbish, grace is boring. read/heard them both as an adult tho, so maybe that’s the problem there. kid shit

I’ve never heard of these issues about Steinbeck. I’ve only read Cannery Row and i reckon i could name ten similar novels that are superior.

Orwell’s essays and newspaper colums are so good. Never come across another writer with such a simplistic but engaging style. It’s probably why he’s so popular, eh. Just really accessible and unpretentious. Basically just have his Penguin Great Ideas books on rotate when on holiday.

expected to really like On The Road but found it really really dull. not at all in a snobby way - had heard so much praise including from people i know, and i was in a big Dylan phase at the time so interested in checking out some of the beat stuff - but nothing happens at all and the writing is so plain that i found it a massive slog. and the character we’re supposed to venerate just struck me as being a massively tiresome penis. just not for me, Clive, i guess.

also tried Factotum by Bukowski around that time, again expecting a real classic but it was just a guy going to different places and getting drunk a lot and being self-important without any real plot. just didn’t really understand it. thought about giving Post Office a try as it’s supposed to be better but a few years have passed and i’m not sure if it’s really worth bothering now.

i’ve got The Soft Machine by Burroughs on my shelf as i got it cheap somewhere a few years ago without really knowing anything about it beyond the name. might get round to it eventually as it’s not that long but as my pile of unread books piles up it’s moved further down the list as every time i glance at it it looks like hard work.

Second the Fante mentions.
Richard Brautigan - Perhaps a little late to be classed as a beat writer but is brill (pretty sure a beat writer wouldn’t use the word brill)

Vanity of Duluoz was my favourite Kerouac book, but I was 17 when I read all that stuff so no idea what I would think of it now.

I remember there’s a bit where somebody puts a jazz record on and from the way that he describes it, it sounds like the most exciting, life-affirming piece of music ever recorded. Anyway, I found it on Youtube and it’s… okay. I’m not much of a jazz fan though. 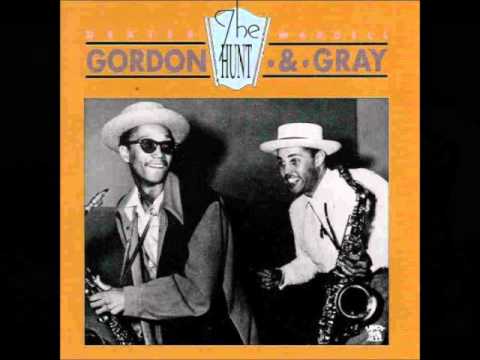 Burroughs was dodgy af (see his Collected Letters, where he boasts about paying boys in Morocco to have sex in front of him - it’s unclear exactly how old they are but he calls them boys).

Kerouac is an asshole in On The Road, the way he leaches off women. I’ve only read one other by him, Desolation Angels, which is set around the time he’s becoming famous, and is better and more self-reflective. Great scene in a jazz bar where he times his walk across the room so he doesn’t throw the drummer’s rhythm off. But again he’s down in Mexico paying for sex with possibly underage women.

Everything anyone likes is embarrassing on some level.

Yeah but who hasn’t done that