no one will be watching us

You need to watch Wingspan next.

Only the documentary The Beatles Anthology could have been!

Where is the anthology online? Or is it some old school pirating?

Seems to be on the internet archive here (but yes)

After reading this post, I’m definitely going to. So thanks

With the bonus of, rather than featuring complete no-marks, these people have a whole backstory built up in the decade prior, plus tangential stories going on all over the place at that time and afterwards. And a simply huge cultural impact because they were the first to do so many things (including this).

I’m not a Beatles superfan at all, but I like most of their stuff (Rubber Soul, Revolver, and Red & Blue probably being all I’d generally tend to go back to, if at all), and it’s just fascinating to see the ‘characters’ get so much more fleshed out than the familiar clips that always get shown. Ringo’s comedy and bedrock role has a chance to shine through. Paul and George both having supreme talent but struggling to communicate (not massively surprising when you consider their age at the time). John’s variously prickly or seemingly unbothered effect on the dynamics.

The way the secondary characters interplay with those four. Billy Preston absolutely ignites and elevates the performances. Mal is like an ominpresent spirit creature for them. Epstein being there in memory only at that point. The delightfully playful mood when family are around.

Kinda funny that after a couple of decades after Big Brother itself, and the ensuing social media world we’ve found ourselves in, there are so few comparative examples of this and it’s the Beatles who end up pretty much nailing the format half a century in advance, solidifying the legacy. Feel like in a few decades, when them and us are dead, it’ll be ‘20th Century = Beatles’ in the way that we think of Shakespeare or whoever being The One from their era. So it’s interesting to see history being made from a contemporary perspective.

And then there’s a performance at the end of it which is both captivating (due to the backstory), brilliantly presented (camera shots and vox pops), and hilarious (idiot police).

Genuinely baffled at the absolute tickbox by numbers fodder that people will watch for hours and hours on end and then complain about this being too long.

I found there was enough to keep me engaged and felt that if I spent a few moments on my phone I was missing out on the subtelties of the interactions and the progression of the ‘story’.

I acknowledge that after writing this, it seems like I’m coming across very much as a superfan, if not an actual paid astroturfer. But no. The Beatles are only the second best band out of Liverpool. After Clinic.

Both Get Back and Big Brother are phenomenal television

Kinda funny that after a couple of decades after Big Brother itself, and the ensuing social media world we’ve found ourselves in, there are so few comparative examples of this and it’s the Beatles who end up pretty much nailing the format half a century in advance, solidifying the legacy

Yeah, I wonder who else would really have been able to do this more recently. The Beatles are huge enough that they can afford multiple cameras shooting them while they hang out in a recording studio for ages – that’s obviously not unique to them, but the fast pace of their career isn’t really replicated now. You’re dropped into the midst of so much here, both personally and in terms of their career. If a major pop act now was to do the same kind of fly-on-the-wall thing, it’d probably be an act who last released something three or four years ago, I think the dynamic would be very different. Idk really, just thinking off the top of my head.

I’m probably tabling quite an old-fashoined take, too.

I’m too detached from pop music’s current megastars to judge. It’s probable that (or, at least, their teams) are being very innovative in terms of the way they document and provide access to their fans. In contrast to the way that huge stars with which I’m more familiar, like MJ or Madonna, or even Oasis or whoever, in the intervening 80s and 90s, only offered a very staged and curated version of themselves.

Dunno what I’m really getting at here. Just find the seemingly evergreen pre-eminence of the Beatles compared to just about anyone else an interesting thing to see. Like, as another example, whoever’s responsible for the legacy stuff handled and timed the whole Guitar Hero thing to maximum effect, too. Blah blah and so on.

Aww, the bits where Paul and Ringo are just goofing around together near the start of part 2

John Lennon seems like the ultimate bad vibes at a party, like he’d walk into a room and start telling his shit jokes and put everyone on edge

Lol at this absolute young Malcolm saying the roofs a stupid place for a concert. Imagine telling your kids you were there and when they ask more just start quoting health and safety legislation.

The higher rating stuff only came in properly with ‘Star’ which is the Fox end of stuff. Before that I think you had two settings and the younger kids one was very restrictive meaning you didn’t get any Marvel stuff that was 12A. When you activated Star you were asked if you wanted to make your account ‘adult’.

The problem that I’ve noticed is they don’t seem to care about the difference between a 12A (e.g. superheroes blowing things up) and a 15, which is what most of the 1980s/early 90s 18-rated stuff has been re-rated to (Die Hard, Predator, Aliens etc). Or that’s certainly the situation here in Aus because they only have
U
PG
M
MA15+
where M is both 12A and 15, hence in order for my daughter to have access to anything with more bite than a classic Disney cartoon she can also watch a film like Predator with a linger sequence involving skinned dead bodies, should she decide to.

(Might be the same in the UK given you mention 18+ so I have no idea if they’re also just using BBFC ratings there or applying some other aspect.)

Looks like the entire rooftop concert has been remastered and released as a stand alone, on streaming at least (not sure if it was on the deluxe Let It Be release)

Christ, George’s guitar sound on this! 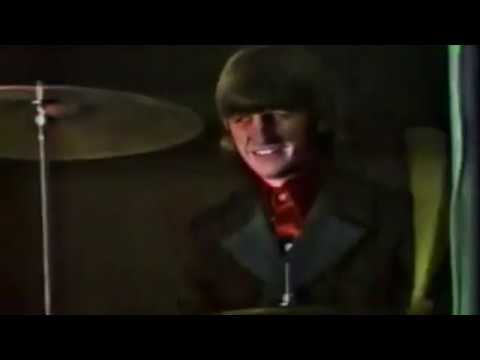 (Weird visual effects all over it in order to stop it being auto-taken down by YouTube or something.)