So Belle and Sebastian might be doing a 3rd Bowlie but this time on a fancy cruise ship for megabucks.
They’ve got a survey on the go and all: https://www.surveymonkey.com/r/BelleAndSebastianCruise

What do we reckon? Interested, couldn’t give a fuck or “why not just book Butlins/Pontins you chumps?”

Bowlie 3 on a cruise ship:

Trapped on a boat with B and S, nah

Think the cheapest ticket is listed at just under a grand. Now i understand why only tories and rich old farts go on those kind of trips.

These kind of cruises seem pretty popular in America - Weezer, Kiss, Paramore, Kid Rock (ffs) have all done them.

Don’t think we’ve got budget enough cruise line in the UK to make the potential cost attractive enough to the average Bowlie weekender attendee - looking at the proposed prices, £2000 for a four day holiday with the added novelty of B&S playing doesn’t sound that appealing to me.

Plus you’d have to get to Barcelona on your own first.

Just filled in the survey. Suggested My Vitriol for a band I’d like to play on the cruise. Said I attended the 1999 Bowlie even though I’m 18-24. How edgy am I?

It’s no Shiine On North sea ferry trip is it.

Is it common to call them Bellend Sebastian, or is that a colloquialism from growing up?

Yeah, filled in the questionnaire, as I would genuinely be interested in something like this (I went to the original Bowlie), but not at those prices and can it sail from the UK please preferably south coast somewhere?

Put that a Delgados reunion would sell it to me more, but frankly, I’m more likely to see them at the inevitable London date. If it happened.

No idea. when I started typing in the tags box it was the first result, I had a chuckle and decided it was the way to go for this thread.

I think in fairness it might be decent but the prices are crazy and getting to Barcelona first is a bit of a pain in the balls. Looking at the old Bowlie lineups has me pining for a proper ATP successor.
Does Barry operate a cruise ship company now then?

A lot of love for them, but no.

Would you say that… ship has sailed? 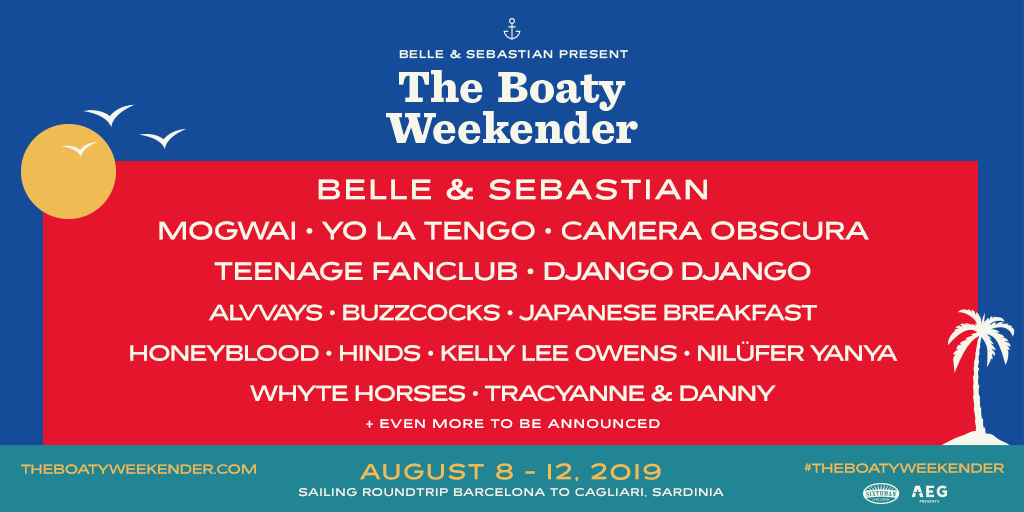 We have got our hands on quite a large boat, and we're loading it up with some ace groups for a four-day sail round The Med. Welcome to The Boaty Weekender: our new take on an old classic, The Bowlie Weekender. Join us August 8-12, 2019 on the...