and Kweller’s not even Australian is he. ok, im going back to bed. sorry for bothering you all. goodnight.

i remember he gave away toothbrushes at Reading festival

thanks. yeah, makes things easier to understand, and gives an answer that no amount of Googling’ could turn up

like, again, in some songs i swear the main hook is just some chords played by the rhythm guitarist? or is that again, actually a riff that sounds like chords. Take, I dunno, the guitar being played during the chorus of this 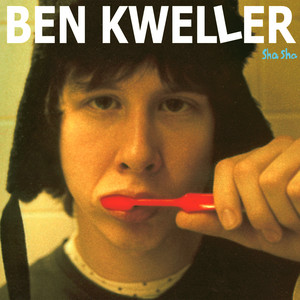 Yeah, that song’s chorus is just a bunch of major chords a la Weezer.

Reading Festival, 90-something, Radish opened the main stage, they were alright. Urusei Yatsura were in a tent a bit later, and people were giving out fanzines about them (I think). Then went to see Yo La Tengo in that small tent, and was waiting on the barrier for them reading my fanzine, and the guy next to me asked if he could have a look. I said sure, realised it was him, then YLT came on. A few minutes later I realised the little tea leaf had left, taking my Urusei Yatsura fanzine with him.

Fuming at the memory.

I quite liked that Radish album. Not listened to anything he’s done since. Still get Little Pink Stars stuck in my head du temps en temps.

Seems like a good egg and sha sha and on my way are both good albums. That radish album was pretty disappointing but there were hints there that the guy had talent beyond the grunge-lite path he chose, or was forced down, who knows.

I have quite a few of his albums - he’s great. I was playing Sha Sha in the car the other day

I still listen to Sha Sha and On My Way occasionally, Faling on Sha Sha is great for a sing along when you’re feeling down.

It all went wrong after those albums.

I saw him live once and he performed BK Baby, a weird cover version of Ice Ice Baby. It made me really laugh at the time.

Nah, I loved the first two, but his third has aged best and is the one I listen to most now.

The ones after that are mostly shit though, I’ll agree.

Loved Sha Sha and still listen to it every now and then, but the follow ups just didn’t grab me. Need to reevaluate.

…but your question was not as silly as it sounds, because the three Bens (Kweller, Folds, and Lee) did put out a joint collaboration, called, obviously, “The Bens”.

Lee, Kweller, Folds, it was one of The Bens anyway.

Well, I realise you already referenced the group and the album, but I thought some people might not have known about the collaboration and might have missed the reference. I wasn’t trying to steal your thunder.

Don’t think I can ever forgive you

Found the Radish album for a quid on Discogs. Not sure I’ve ever heard it in full - is it any cop? Loved Little Pink Stars and whatever the second single was called (Simple Sincerity maybe?).

Ben Kweller did write a song for old Evan, and they toured together loads. It just didn’t seem to ever get recorded and has now, mysteriously disappeared off the internet. Buried Treasure: Evan Dando and Ben Kweller, "It's Up To You" - American Songwriter