Depeche Mode announced details of a stadium tour (including a London date) and new album, called Spirit, today.
http://www.depechemode.com/article/the-global-spirit-tour
I’m tempted to hold off the London date, as I think the 2nd leg of the tour will be arenas…

Interesting choice of producer on the new album, Simian Mobile Disco’s James Ford. I’m assuming this means it will be electronic in sound…

The webcast had 35 million viewers at it’s peak, incredible. Think they’ll add more dates but remember these are only the European dates, they are massive all over the world so you could be waiting another 12 months for a return arena tour.

this is my first post on the new boards, typically it’s about one of my all time Top 5 bands!

the last few LPs have sucked IMO but the James Ford news has my spidey-sense tingling.

Been a looooong time since they released anything worth listening to. Not since Alan Wilder left certainly.

I was also a fan of Playing The Angel - that’s their last good album for me.

Will probably go to the London date as have been putting off seeing them recently as they always play The O2, which I don’t hate but would also don’t love, and this seems like a good opportunity to visit a new ‘venue’. Saw them at Crystal Palace Arena on the Songs Of Faith And Devotion tour back in time supported by a clearly miming daytime version of Sisters Of Mercy, which was a very entertaining day.

couldn’t care less about any new music they might make now, in fact i would go as far as saying that they are awful now.

Yep, every time they release a new album they go on about how fresh it sounds, how they’ve rediscovered analogue synths, how it’s got some of the best songs they’ve ever written blah blah, only to deliver a load of plodding tuneless stadium rock. And switching to a live drummer was the worst thing that’s happened to them since Alan left. Hope Spirit will be different but I doubt it.

They always seem to make their recent album too long.
Exciter, Playing The Angel and Delta Machine all had great moments, but were all three or four tracks too long. How and why they left All That’s Mine off the last album I’ll never know as it’s one of their best tracks in years.

Violator
Songs of Faith & Devotion
Music for the Masses

Liked bits of Ultra and Exciter, but pretty much nothing since then.

some great reward is hugely, stupidly under-rated isn’t it? it’s the real turning point for them. full of amazing songs, just as good as Black Celebration if not better.

Hadn’t heard All That’s Mine before - agree, it’s way better than anything on the last two albums.

Not listened to Delta Machine but at least half of Playing the Angel was good. Exciter and Ultra didn’t grab me.

Got tickets for the London show this morning.

Yes Native, yes I do…

I can’t argue with the OP’s choice. Recent albums haven’t been amazing but I liked Sounds of the Universe.

Good Quietus interview with the band, including an examination of why they might be bigger overseas than at home: 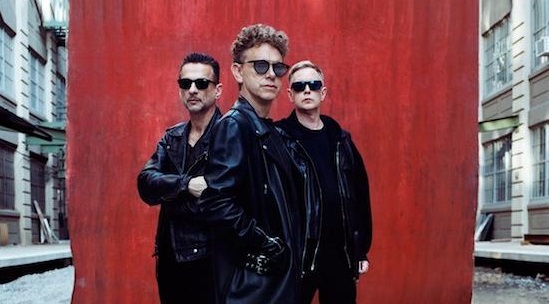 As Depeche Mode’s principal songwriter looks forward to playing in front of 70,000 people in their biggest ever UK show at the London Stadium, Tim Burrows talks to him about new album Spirit, his Essex roots and what it feels like to grow up as a...

In other news, The Horrors announced as support for the Wembley Stadium show. North America gets Warpaint which I would have preferred, but not bad nonetheless…