Don’t think we’ve done this one yet this year. What albums from prior years have you discovered in 2020? Try to include song links and/or descriptions if you can.

A really productive year since I haven’t left my apartment since the first week of March. Some of these are decent, some are great, some are 10/10 best of their decade contenders. I’ll try to get around to most of them in upcoming posts throughout the week.

Did you mean to put this on tge social, or do you want this on the music forum? I’ll move it if so.

No problem. Figured you’d get more interesting answers on the music!

Looking at my last fm, there’s nothing I’ve got into this year from previous years that I wasn’t already into, which seems odd. I’ve listened to a lot more Cocteau Twins this year than I have in previous years. I think I found more appreciation for Burial’s Untrue as well, although I liked that before.

Looking at the my Spotify 2020 playlist

Woah DMST, ASMV & Idlewild are some of
my all time fave albums. It’s great you discovered them this year! I’m with you on Talk Talk too - late to the party here but loving it

and lots of Bob Dylan. Hammering the CD of The Bootleg Series Vol. 7: No Direction Home: The Soundtrack. I’ve had a very strong Bob year.

Still my favourite Bats for Lashes album. That one-two punch of Marilyn and A Wall gives me shivers. 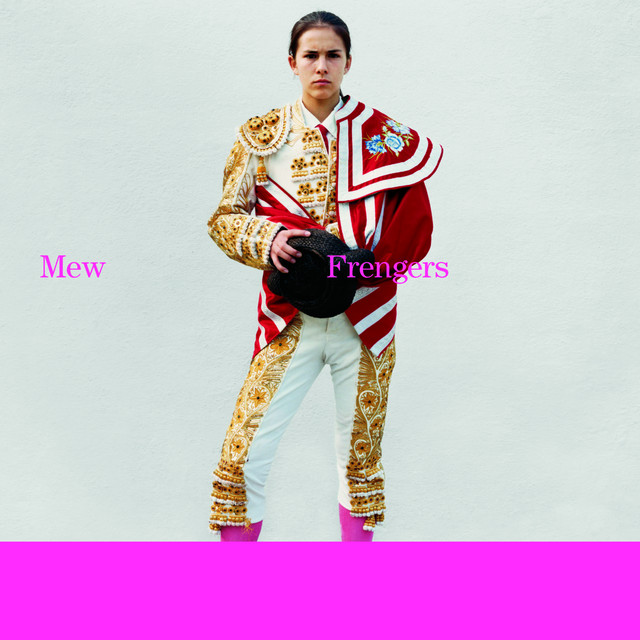 Frengers: Not Quite Friends But Not Quite Strangers

Frengers: Not Quite Friends But Not Quite Strangers, an album by Mew on Spotify

Yeah, DMST and ASMV are incredible and were highlights of the year. Can’t believe it took me so long to look into them.

Idlewild and Talk Talk I’m a bit more on the fence about, but I overall like them and am going to keep going with them. Little Discourage is the highlight of 100 Broken Windows for me, though Roseability and the one that sounds like Caterwaul by Trail of the Dead come close. Eden is by far the standout on Spirit of Eden, I wish there were more moments throughout the album like that recurring bit that opens the song.

I’d listened to it once before a few years back but I downloaded Faust IV recently. V good stuff obv

Loads of Gene Clark. I already loved No Other but really got into all of his other albums this year, especially The Fantastic Expedition of Dillard and Clark, White Light and Roadmaster.

Ptah the El Daoud by Alice Coltrane which, unbelievably, might be even better than Journey in Satchidananda (which is one of the greatest albums of all time).

Wild is the Wind by Nina Simone and Surf’s Up by The Beach Boys (both thanks to HGATR?)

The Roches by The Roches (thanks to the Avalanches sample)

Adolescent Sex by Japan - I’ve always loved the cool, stylish later Japan all but never listened to the earlier ones partly because the band are so dismissive of. As you would expect from the title, Adolescent Sex is all kind of fun.

Completely missed Felt back in the day .Remember buying buying Aztec Cameras Love album at the time and didn’t like it much so wrote them off ,must check out Knife soon .

Got into Spoon’s best of last year so checked out more of their back catalogue this year - the big standout for me has been Telephono, but also enjoyed A Series of Sneaks and Hot Thoughts (probably three of the least popular ones but they’re more up my street than the others)

Listened to a lot of Smog this year and one album of his I’d never heard before but had written off in my head for some reason was Rain on Lens which has turned out to be a real favourite.

Got a couple of cheap impulse buys from second hand CD piles and one was Spanish Dance Troupe by Gorky’s Zygotic Mynci who I had always meant to check out and enjoyed it a lot.

Also went on a bit of a deeper folk dive and got into Bert Jansch’s LA Turnaround, Anne Briggs’ The Time Has Come and Planxty’s self titled debut. Also got quite into The Pogues’ Red Roses For Me recently having only really listened to Rum, Sodomy and The Lash before.

Also checked out Madvilliany after the MF Doom HGATR thread and was suitability impressed.

There are diminishing returns with Aztec Camera - the early Postcard singles are best, High Land and Hard Rain is great but I’m not a massive fan of the Warner’s albums. Knife was produced by Mark Knopfler and it shows. Roddy Frame’s solo album Surf is well worth seeking out.

I love Felt, especially the early records with Maurice Deebank on guitar. The Strange Idols Pattern is probably my favourite. Of the post Deebank records Forever Breathes the Lonely World is a classic.