Just gonna make a thread as a sort of live blog of what my thoughts are, so at least there’s some justification to me rewatching it. Going to put aside all my preconceptions of people and what I remember from it so far and treat this as being totally new

Currently on day 4. They have a good mix of people so far, had some entertaining set ups and everyone seems alright. The Tree of Temptation (now the chest of temptation) was a masterstroke, helped by whoever voices him being genuinely quick and funny. Don’t quite get the whole mole thing or its purpose but ah well - people have mentioned on the show him being given directions by BB but if you were on the show and suspect it, why point it out, surely you know it’s the game

No massive opinions yet but them all calling Mario the mole is a bit annoying.
They’re framing Sunshine as being the villain of the piece and there being friction with her and Rachael but for not much reason it seems

On ep 4 so will watch that and report back. Point to raise so far - Nathan and Steve, the two lads who seem to be the biggest annoyances so far, were the only 2 to speak up for Mario in the quiz task (Mario was getting fed answers by the Tree and people were calling him out) so fair play to them

Aside from 4 it was the weakest of the C4 run for me. The Chest was good, but reading through that list of housemates… eesh, not a looker in the bunch.

Espesh after 10 which was the best one: Marcus, Dogface, Halfwit, Sree, Siavash, David and Lisa in the garden, Rodrigo meeting the queen, everyone fancying Noirin. Class stuff

John-James has already commented on that

I just remembered loving Ben and John James so thought would give it a go. It was either this or the first series on 5 cause I enjoyed both but don;'t really recall both

It’s been good so far tbf

I remember loving JJ at the time, he was such a cunt and I always like that in a BB contestant. Not sure if I’d like him on a rewatch though.

if nothing else, I have found out Australians refer to wanks as ‘bats’

oh Rachael and Nathan are married and have two kids 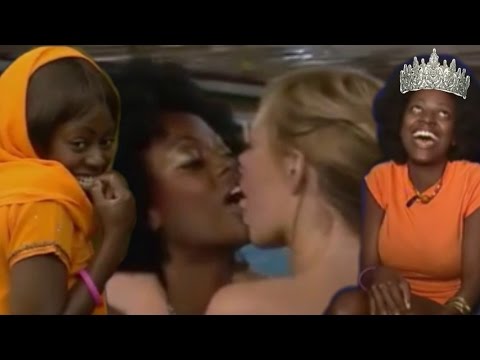 just watch this instead

alright so in that, they ended the mole task and Mario won

Fuck knows how as it was clear it was him doing all the sabotage, including at a party him going to the toilet and convincing everyone he had a shit when really he had chance to destroy all the food mate. Good end task when they asked everyone to guess and pretty much everyone went for Sunshine, even though she voted for someone she knew it wasn’t as she was seemingly the only person who understood the game.

Day 5, not the best ep. Shabby showing signs of being a proper attention seeker.

Nathan is coming across well, I thought he was a dick but he seems a sound guy. Govan is a bit of a gossip

Love Ben so much

I was waaaay off.