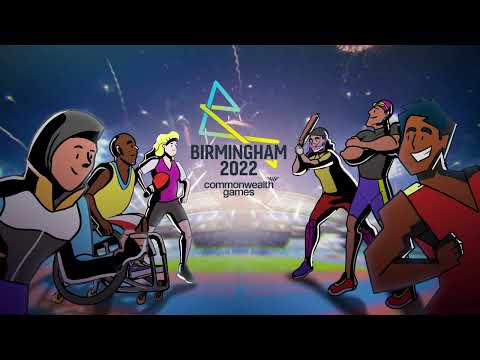 The athletes have been arriving, the city has been tarted up and you’re never far from the gaze of Perry the Bull. 4 years after being awarded the games by default and with a few hitches along the way due to Covid, it’s finally here. Then we’ve got athletes from 72 nations taking part in various disciplines of 20 sports over 10 days with action taking place across the West Midlands, Warwickshire and at the velodrome in fake Stratford.

Home of the Birmingham 2022 Commonwealth Games

Keep up to date with the Birmingham 2022 Commonwealth Games with medal tables, games schedule, volunteer jobs and tickets.

Anyone gonna be watching? Anybody going to any of it? Anybody interested in the slightest?

Bit gutted not to have tickets for the Opening Ceremony as everyone who’s been to the dress rehearsals has said it’s really good.

I’ve got velodrome tickets for Saturday but can’t get there cos no trains, so the only ticketed thing I’m off to is Barbados vs Australia in the T20 cricket on Sunday evening.

Going to head over to Sutton Park on Friday to watch the bike bit of the triathlon and we’ve got the marathon route about a mile from home but also runs right past where I will be stood on a picket line on Saturday morning.

May pop over to Wolvo next week for the cycling time trial as well.

Got tickets for England women Vs Sri Lanka women T20 on Saturday evening.

Got tickets for Sunday evening’s cycling at Lee Valley, then we head up to Birmingham on Tuesday for the afternoon gymnastics session, evening swimming session and then stay overnight and go to the Wednesday morning hockey session.

Looking forward to seeing the new aquatics centre in the flesh.

(it’s pretty uninspiring on the outside, but looks decent on the inside) 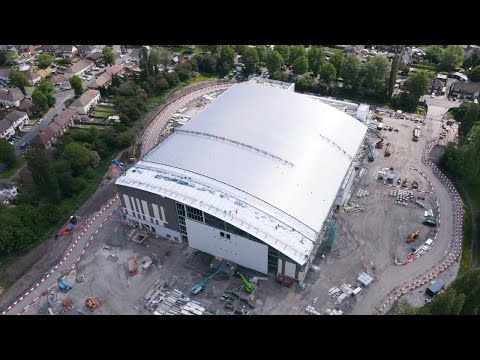 Only able to make the one day of it, next Tuesday. In the morning got the athletics and para athletics which has the first round of 100m and two heptathlon events. Then off to the boxing on the evening.

I ran my 800m and 1500m PBs in a meeting at Alexander Stadium in 2005. School-age athletic career went downhill very steeply after that.

Lots of games-related things popping up in Coventry and Leamington Spa (latter is hosting bowls). Public transport is going to be very, very busy.

Do the Manic Street Preachers have a song which features the lyric “there’s no common wealth in the Commonwealth”?

It all kicks off tonight then.

All I know is they’ve built a canal in the stadium as part of the set and those that have seen the rehearsals have said it’s not one to miss.

Be there or be square, bab.

Commonwealth games are complete now Snobs got a mention

Anyone else feel a bit icky about gathering a load of countries we’ve invaded and making them race each other?

What’s that thing they’ve built behind the coach station going to be used for? Looked like it might be boxing but couldn’t really tell from a distance.

Against imperialist propaganda but i love a good sporting jamboree, and really happy that there’s an actually decent athletics stadium in the UK now

They should probably just still call it The Empire Games

Is old Liz gonna be there to accept The Queen’s Baton?

Or is she still dead?

That makes sense, it did look very exposed to the elements.

They mentioned the Hare and Hounds

Not sure about God Save The Queen out of the back of a Land Rover though, or mentions of Solihull.

Should have been War Pigs. Missed opportunity.