like this on first listen, will give it a proper listen later

The first 2 singles have put me right off the new album. They may be very different but to my ears, they are as unlovable as anything off Biophilia and Utopia.

At least she has an amazing back catalogue i can go and get lost in when i have the urge.

Definitely feels like it could be around Volta and Medulla rather than the newer stuff.

It’s nice but like a lot of stuff off the past couple of albums not a single memorable thing about it.

Also loving the podcast. The Vespertine episode is basically a therapy session.

It’s great, but you aren’t going to hear your postman whistling it, are you? Has she got people asking her to add choruses or even just hooks to her songs that she’s disagreeing with, or does she have 100% freedom to put out whatever she likes?

She’s Björk. She can do what she likes. Unfortunately I don’t like it.

Quite liked the first song, this latest one feels like Utopia Part 2 though

Both new ones remind me of These New Puritans. No bad thing tbh.

The beats and horns as the track progresses are really reminiscent of the human beats and sounds on Medulla.

In Iceland with the experimental pop icon, digging deep into the triumphs and tragedies that birthed her remarkable new album, Fossora 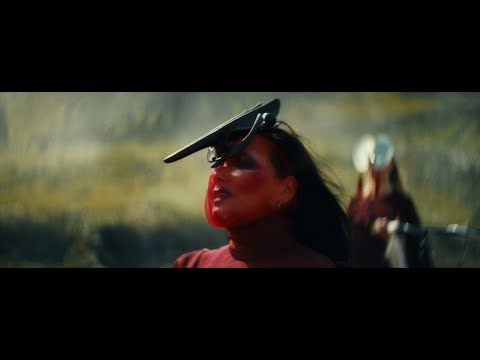 Was really enjoying that but for 7 mins it could do with going somewhere.

gonna take me a few listens to get used to her vocal staccato thing.
like the middle beat-y bit.

Didnt get much out of the first few podcasts, maybe because so much has been said about those albums already, but have found the medulla and especially the volta ones quite illuminating. Almost tempted to listen to Volta

Keep forgetting about them.

Somewhere between not very good and decent. Whenever someone says she should go back to writing pop tunes, it makes a fairly good case against it. Suggested she’s not really got the songwriting chops anymore and she’s better off doing left field dicking about

I think it’s a really good set of songs but it’s her one album that doesn’t feel coherent. It’s more like a series of E.P.s.